The Beard vs. The Freak: Harden and Antetokounmpo lead way in the NBA MVP race 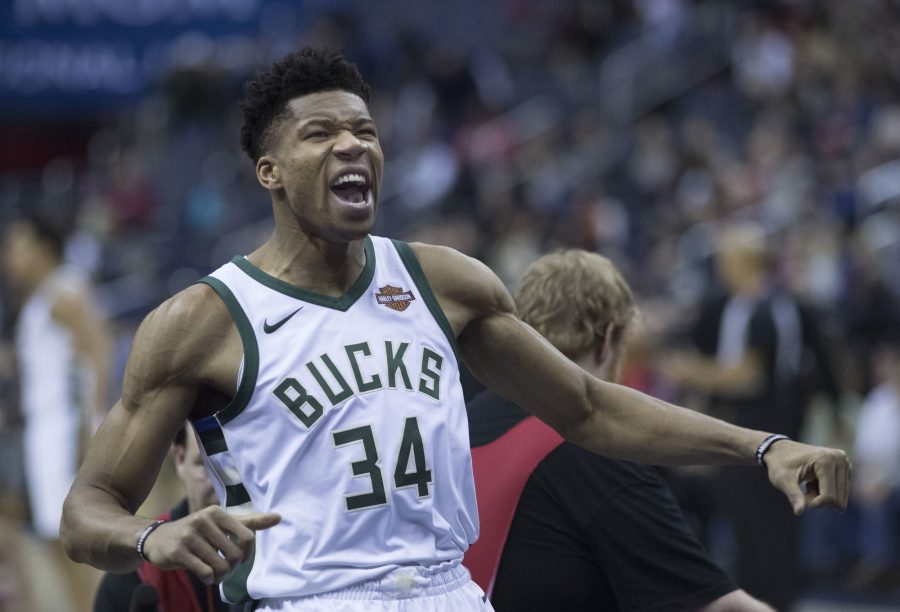 As the second round of the NBA playoffs begin, the Houston Rockets lost a thrilling, NBA finals-like atmosphere, Game 1 to the Golden State Warriors, the Milwaukee Bucks got obliterated on their home court by the Boston Celtics in Game 1 and Kawhi Leonard led the Toronto Raptors with 45 points in a win over the Philadelphia 76ers in Game 1.

All the regular season awards have been voted upon, and will be announced during the NBA Awards ceremony on June 24, several weeks after the playoffs are officially over.

The award that the media and fans hold with the most prestige and anticipation is, of course, MVP. This year’s MVP race has come down to two players: Giannis Antetokounmpo of Milwaukee and James Harden of Houston. Both players had extraordinary seasons, but only one will bring home the hardware that will cement their legacy in basketball history.

This MVP decision is one of the toughest in recent history, as both players have put up historic stat lines and finished the regular season with two of the greatest seasons the league has ever seen. Antetokounmpo has the classic case of being the best player on the best team. Harden, however, put up unprecedented numbers when his team needed him the most.

Antetokounmpo is the slight frontrunner for MVP, according to NBA media personalities. Commonly known as “The Greek Freak,” he finished the regular season third in the league in scoring 27.7 points per game, sixth in rebounds at 12.5 per game, and averaged 5.9 assists a game, as well as 1.5 blocks per game, just over a steal a game and leads the league in Player Efficiency Rating at 30.95.

He led the Bucks to the No. 1 seed in the Eastern Conference, and finished the regular season with the best record in the NBA. Not only is he the best player on the best team, but he is the best defender on the best rated defense in the NBA. He has a chance to win the Defensive Player of the Year and MVP in the same season. Hakeem Olajuwon and Michael Jordan are the only players to ever win the DPOY and MVP in the same season.

Antetokounmpo is putting up numbers not seen since the likes of Kevin Garnett, Kareem Abdul-Jabbar and Oscar Robertson. The only thing that he does not have is a jump shot. In today’s NBA, where it seems everyone lives and dies by the three-point line, he barely attempts any three-point shots, at about 2.8 per game.

The fact that he does not have a solid three-point shot makes his MVP case all the more impressive. He takes over games by driving to the rim and dunking on everyone in his way by using his power and height. If Antetokounmpo can develop a three-point shot, it is essentially game over for the rest of the league.

James Harden had an all-time great season. Harden finished the regular season with a jaw-dropping scoring average of 36.1 points per game. He joined Wilt Chamberlain, Michael Jordan and Rick Barry as the only players in NBA history to average more than 35 points per game.

In addition to his crazy scoring average, midway through the season, Harden went on an absurd streak of 32 consecutive games with 30 points or more. That is the second longest streak in NBA history behind Wilt Chamberlain’s 65. Harden went on this absurd streak when his team needed him the most. It looked like Houston was doomed to miss the playoffs before Harden completely took over and took the league by storm.

What is most impressive is that Harden got his team to the fourth seed in the West, and had a chance at the two seed, which they would have attained if they would have beaten the Oklahoma City Thunder in the last game of the regular season with a bunch of castaways.

Taking Harden off this team with Austin Rivers, Daniel House, Iman Shumpert, Kenneth Faried, Gerald Green, as key contributors makes this team lottery-bound. Of course, they still have two All-Star caliber players in Chris Paul and Clint Capela, but both have been injured this season. Harden finished the year averaging 7.5 assists, 6.6 rebounds per game, and second in the league in Player Efficiency Rating with 30.62.

Additionally, Harden finished second in the league in steals, at 2.0 per game, showing he is not a liability on defense. It comes down to splitting hairs. James Harden had a historic scoring streak and finished the regular season with some of the most jaw-dropping stats NBA fans have ever seen. However, he was not hurt when the Rockets started about a fourth of the regular season near the bottom of the Western Conference standings.

The Rockets went through a very rough stretch in the beginning of this season after losing last year in heart-breaking fashion in Game 7 in the Western Conference Finals to Golden State. On the other side, the Bucks have been the best team in the NBA from start to finish, and Antetokounmpo has led them every step of the way.

Even though Harden’s high of the season is higher than the Greek Freak’s, the Freak was more consistent throughout the entire season and led his team to the best record in the NBA, while the Rockets ended up fourth in the West.

Ten years from now, NBA fans might remember Harden’s regular season more than Antetokounmpo’s, and may wonder why

It has been a historic year for the superstar. Harden has the chance to lead the Bucks to the NBA Finals at just 24 years old, reminiscent of LeBron James in 2007 when he led the Cleveland Cavaliers to the finals at 23 years old.