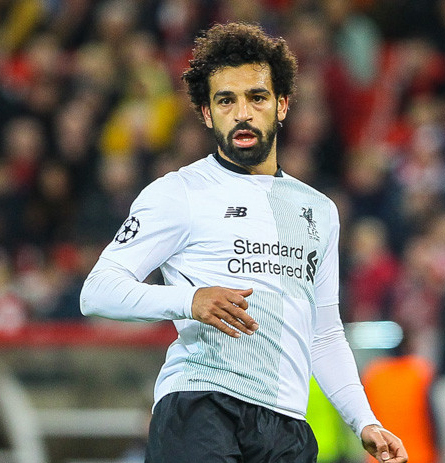 On March 5, 2013, at Old Trafford, a stadium known as the Theater of Dreams, Sir Alex Ferguson was too angry to sit down for the post-match press conference of what would be his last Champions League game as the head coach of Manchester United. That season, none of the English clubs reached the quarterfinals.

What ensued was four seasons of relative obscurity by the English clubs. Detractors will point to a semi-final appearance by F.C. Manchester City in 2016, but the regular occurrence of French Ligue 1 powerhouse, F.C. Paris-Saint Germain. exiting before the final four, betraying the Qatari financial lavishing, have to be factored in.

A year later, Leicester City FC, the surprising English champions, beat the swashbuckling Sevilla F.C. team in the Round of 16 before succumbing to Atletico Madrid, a team better at everything Leicester does well. Leicester was the only English team that qualified for the final eight.

F.C. Liverpool lost to C.F. Real Madrid in what was a mixed European campaign for English teams, but the fear among their counterparts toward the Scousers and City on the continent spoke to the rejuvenated influence from the English clubs.

This season, two English teams are in place to battle for spots in the final. Tottenham Hotspur F.C. and Liverpool will face AFC Ajax and FC Barcelona, respectively.

Coincidentally, these two teams are most often mocked for the absence of major trophies in their cabinets. Scrutinizing their ascension season-to-season, however, tells a different story.

Liverpool had the more rapid rise to being able to compete for the glamorous continental competition after Jurgen Klopp was installed as the manager, a man befitting to the rebellious nature, both in sports and politics of the city.

In the 2015-2016 season, Klopp took over at the helm after his predecessor, Brandon Rodgers, started the season below par, having squandered a title to Manchester City in the previous season. At the end of the campaign, Klopp’s men lost to Sevilla in the Europa League final, Manchester City in the League Cup final and finished eighth domestically.

With a full summer to prepare for the upcoming season, Klopp formally introduced an adventurous and counter-pressing Liverpool team to England.

The animated manager ramped up the playing style and propelled the Reds to the Champions League final. Critics of Liverpool have rightfully pointed out that Klopp’s high-intensity approach is not sustainable throughout the season and that, since the arrival of the German, Liverpool has yet to win a title.

What also has to be considered is that the near-invincibility of the Manchester City machine: with two games to go, Liverpool has tallied the fifth best point-total of 91 points in the 2018-19 Premier League campaign, which includes when the league had 22 teams, and they might yet still finish second.

Tottenham is in the semifinal of the Champions League for the first time since 1962. Its current manager, Mauricio Pochettino, was born 10 years after that. Since the Argentine’s reign began in the 2014-2015 season, Tottenham finished fifth, third, second and third in the Premier League and ahead of Real Madrid and Borussia Dortmund in the Champions League Group Stage last year. That is no small feat for a club known for its perennial lack of athletic excellence, sporting persistence when it is needed and the lack of spending in comparison to clubs at the similar level, despite having the highest profit margin in the Premier League.

Pochettino helped Tottenham dispel the annual tradition of “St. Totteringham Day” in 2017 — a mocking term signifying that its North London rival, Arsenal F.C., inevitably rank above them at the end of the season — for the first time since 1995.

The sharply-dressed manager started producing memorable European nights for the Spurs amid subpar financial backing and the constant delay of the new stadium. Memorable nights are not usually reserved for Spurs; they are, more often than not, victims instead of the beneficiaries.

The transformation of the two clubs illustrated the changing landscape in the European scene. That Liverpool is now used as a measuring-stick for the quality Barcelona alone can demonstrate the expertise English clubs have. Whether the trophy will be reaped by the two clubs still remains to be seen, but no one can realistically deny the progress made by both clubs.

Major trophies define an era, whether it be for a club or a team, but trophies do not necessarily make a team memorable, and a team need not win trophies to warrant a place in history.