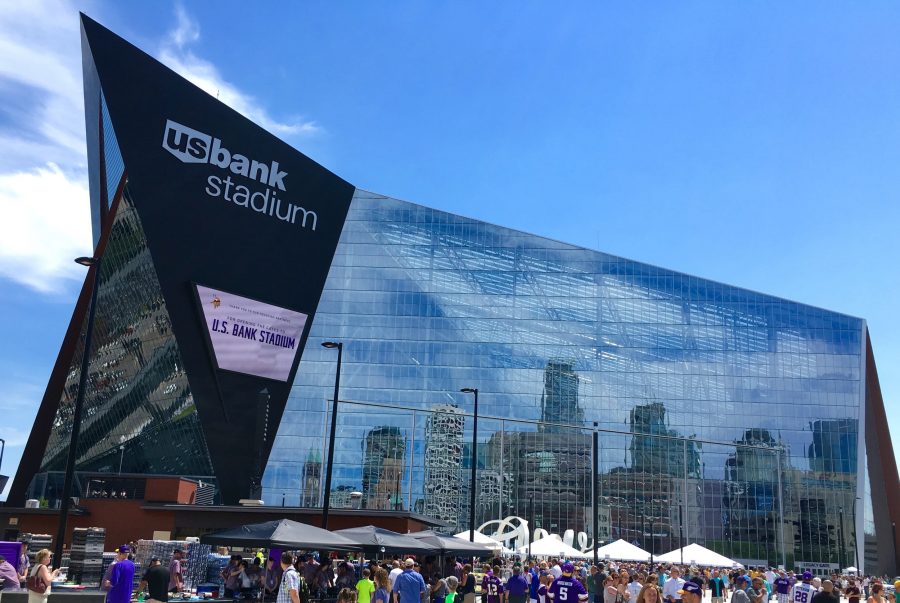 The first game on April 6 featured the highest-remaining seeded team of the Virginia Cavaliers against the lowest-remaining seeded team of the Auburn Tigers. This game will be remembered for the controversial foul call occurring during Virginia’s last offensive possession. With 1.5 seconds remaining in the game and Auburn leading 62-60, Ty Jerome inbounded the ball to Kyle Guy in the left corner. Guy caught the ball and shot it, but the ball hit the front of the rim and didn’t go through the hoop. However, the official called a foul on Samir Doughty in the act of shooting a three-pointer with 0.6 seconds left. The crowd expressed its displeasure with the call, and fans went berserk on social media, stating that Auburn was robbed of a victory. Guy still had to step up to the charity stripe and knock down three of the most clutch foul shots in his team’s basketball history to put the Cavaliers in the lead, and that is exactly what he did with 0.6 seconds left.

A more controversial play happened right before these events, however. Jerome double-dribbled, but no call was made, which led to Guy getting fouled. That’s when Virginia gained its lead, and won the game after Auburn’s missed desperation full-court heave. Gene Steratore of CBS Sports explained the situation perfectly: “As Ty Jerome brings the ball up the court, he accidentally bumps the ball off his back foot, he then re-possesses this ball with both hands,” Steratore said. “That ends his dribble. Then he makes the decision to dribble again, which by rule is a double-dribble.”

It felt like the worst possible way Auburn could have lost, which is why there was such an outburst of anger and disgust after the game. However, with all that said, Virginia survived and advanced to the National Championship game.

In the second matchup of the night, the Michigan State Spartans went up against the Texas Tech Red Raiders. This game was the complete opposite of the first game, as Texas Tech outplayed Michigan State from start to finish. The Red Raiders’ physical defense shut down the Big Ten Player of the Year, Cassius Winston, and the Spartans looked flustered on offense all night long. Despite Jarrett Culver’s cold shooting performance, Texas Tech seemed to outclass Michigan State. Matt Mooney, the Texas Tech guard, was the star of the game, scoring 22 points and hitting clutch shots from downtown. Even though Texas Tech only won by 10 points, it seemed like the team dominated Michigan State the whole game.

The stage was set for the National Championship, with Virginia taking on Texas Tech. The best two defenses in the country faced off on April 8 in what will go down as one of the greatest National Championship games of all time. It was the first time since 1979, when a young Magic Johnson lead his Michigan State squad to victory over Larry Bird and Indiana State University, that two teams faced off in their first title game.

Both schools play very similar styles of basketball. Both are defensive-minded teams that, at times, struggle on the offensive end. Both like to play in the half-court set, but are more than capable of playing in transition. Both have projected lottery picks — Jarrett Culver for Texas Tech and De’Andre Hunter for Virginia. With such similar teams, it was difficult to predict who would be victorious. In fact, according to Vegas Insider and the Sportsbook Review, the line on the game was Virginia being favored by one point.

The game became an instant classic. It was the first time the National Championship game went into overtime since 2008, when Kansas beat a Derrick Rose-led Memphis squad. Virginia was up by 10 points with less than 10 minutes remaining in regulation, when Texas Tech went on a run and tied the game with less than four minutes left.

It felt as though Virginia was going to squander the game, especially after Culver drove past Hunter and scored a layup with 35.1 seconds remaining for a one-point Texas Tech lead. The Red Raiders then made two foul shots to take a three-point lead and seemed to have the title in their hands, until Hunter hit a big-time three-point shot in the right corner with 12.9 seconds left. The game went into overtime, where the Cavaliers took control, came up clutch on the foul line and earned their first championship title in school history.

The Cavaliers wrote an amazing comeback story. One year after becoming the first No. 1 seed to lose to No. 16 seed University of Maryland-Baltimore County, Virginia regrouped this year to its fullest extent. Not only is it Virginia’s first NCAA Tournament win, it is the first time a school that has never been crowned champion before won since 2006, when the University of Florida Gators won the title.  After the past five years of coming up short during March Madness, the Cavaliers finally captured that elusive title, creating one of the greatest redemption stories in all of sports.