Peele takes viewers on distinctly eerie, twist-filled ride in Us 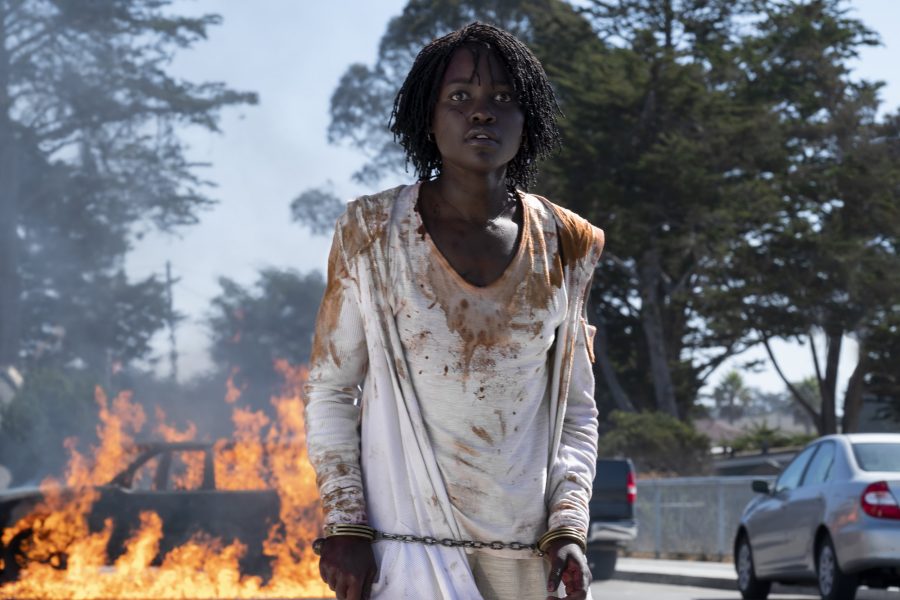 Fresh off of the massive success of his Academy Award-winning debut Get Out, critics and fans alike have been anticipating what Jordan Peele would come up with next.

The comedian-turned-director’s groundbreaking horror movie seemed to have redefined the genre in 2017 and asserted him into the conversation as the next Alfred Hitchcock. The hype for his latest film, Us, has steadily built ever since its announcement, reaching a crescendo once the purposefully ambiguous trailer dropped on Christmas Day. In an age when movie trailers often give away far too much information, the mystery surrounding this film compels viewers to attend the premiere without knowing quite what to expect.

Upon leaving the theater, moviegoers may find that they have more questions than answers. Still, one thing is for sure: Jordan Peele has done it again. Though Us does share many similarities with Peele’s previous entry, the films are easily distinguishable from one another. While Get Out delved into the horrors of modern-day racism, Us tackles inescapable terrors that lurk within one’s sense of self.

Winston Duke and Oscar winner Lupita Nyong’o star as the parents of a family who are looking forward to spend a relaxing vacation at their beach house with their friends, played by Elisabeth Moss and Tim Heidecker.

Once there, they encounter a family who look exactly like them — but act different in every way. The premise is simple enough, but the movie is nothing if not extremely unexpected. One particular twist is so unexpected that even the most astute cinephile won’t be able to see it coming.

Given her impressive career arc thus far, it should be no surprise that Nyong’o and her highly unnerving doppelgänger  steal every scene they are in. Her ability to portray a caring overprotective mother, while simultaneously embodying a twitching, inhuman version of that same character is one of the best performances of 2019 to date.

Everyone in the cast turns in an impressive performance — Duke’s much-needed comic relief balances out the children’s profoundly disturbing renditions — but none more so than Nyong’o, who is sure to garner some well-deserved recognition come award season.

Pure horror fans will be most pleased with Peele’s latest feature, which delivers many more scares than his debut. There are plenty of nightmarish images sure to stay with audiences long after the credits roll. However, much like Get Out, the film thrives on its ability to consistently fill its viewers with immeasurable dread.

Even when nothing outright terrifying is happening onscreen, there’s a subtle disquietude leading up to the unapologetically gruesome frights that makes it impossible to get bored.

This is due in no small part to Michael Abels’ eerily unsettling score, but also because of the director’s extreme attention to detail. Perceptive audiences will be able to pick up on the underlying symbolism, deliberate allegories, overarching emphasis on duality and frequent allusions to classics in the horror genre. Every scene is ripe with careful consideration that will make viewers want to watch over and over again.

While this film is much more of a straightforward scary movie than Get Out, it still makes the audience think way more than the traditional entries into the genre. Us is a film that will leave viewers thinking about it long after the lights come up on the theater. The genius of the movie is how open it is for interpretability, once again inviting discussion and debate about the insanity that just occurred onscreen.

Yet as absurd as Us may seem, it also undeniably hits close to home. Peele’s latest feature will lodge itself into the brains of its viewers and refuse to leave for a long time.

It’s a film that will cause people to doubt everything and cover all of the mirrors within their homes, all too aware that the real evils, deep and inescapable, lie solely within themselves.