You Beto watch out, you Beto not cry: O’ Rourke’s run for 2020 turns heads 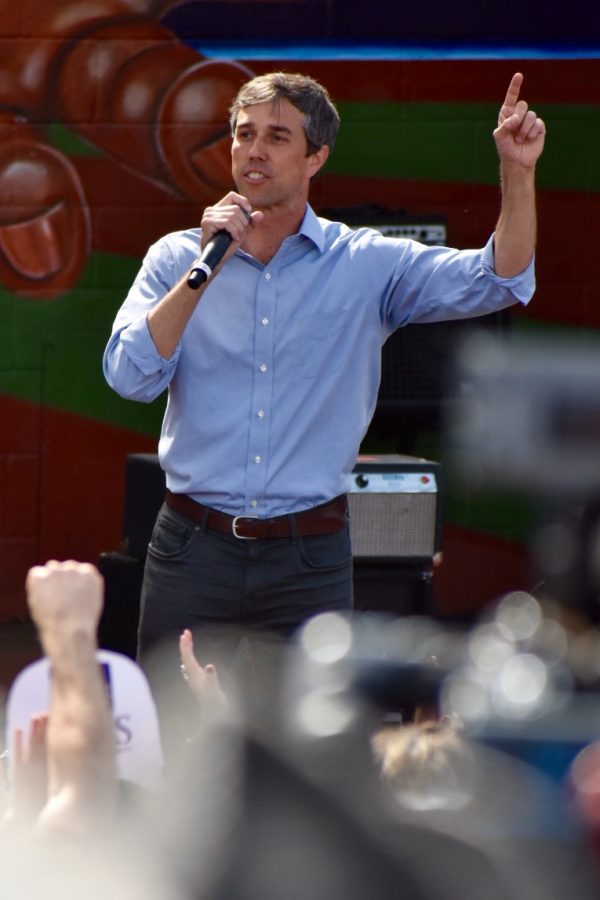 After months of speculation, Beto O’Rourke has announced his intention to run for president in 2020. The former congressman is best known for narrowly losing a surprisingly close 2018 Senate race in Texas to Ted Cruz, in which he quickly garnered national attention as an extremely likable candidate. O’Rourke now joins a seriously overcrowded field of liberal hopefuls who are all vying for the Democratic nomination in an attempt to unseat President Donald Trump.

He already has the distinct advantage of name recognition, which candidates like Pete Buttigieg and Tulsi Gabbard are lacking. Aside from Bernie Sanders and expected candidate Joe Biden, O’Rourke may very well be the most well-known Democrat currently in the race.

He is also a liberal who has a lot of excitement attached to his name. The ability to raise so much money from grassroots donors, become an overnight sensation and nearly evict a Republican senator in Texas are all attributes worth noting. Being able to gain the country’s attention while running as a Democrat in a deeply red state is not something that has happened often, if ever, in politics.

Despite the fact that he ended up losing the race, O’Rourke was able to drive independents and new voters to the polls in support for him.

If he can replicate that feat throughout the United States, then flipping many red states that Trump won in 2016 could be a slam dunk. A proven ability to win in conservative parts of the country is something that very few of the candidates, aside from Buttigieg and arguably Amy Klobuchar from Minnesota, can boast about.

However, there are also several factors working against O’Rourke. He is a three-time Congressman who is mostly known for losing a Senate race. Against Trump, that kind of inexperience doesn’t matter in the slightest, but his résumé does pale in comparison to other Democrats who have held much higher offices for much longer. O’Rourke will have to carry the burden of proving his ability to lead to the public despite barely having done so in his past.

He also entered the game late. Unlike Biden, Sanders and others, no one anticipated O’Rourke running for president at this time last year. It’s unlikely even that he imagined it would be a possibility.

After losing in November of 2018, he had a few months to make his decision and then launched a campaign last week. But he has yet to assemble a national staff and only first visited Iowa this month. This puts him at a distinct disadvantage when compared to the other candidates, who have been planting their seeds in key primary states for months or even years.

O’Rourke is a natural at commanding media attention and social media love, but a closer view at his speeches shows that he has yet to roll out actual policies.

Much like Trump, O’Rourke throws around buzz words and impassioned speeches but has yet to discuss concrete proposals like Sanders and Elizabeth Warren have. There is no defining platform that separates O’Rourke from everyone else and there are few indications as to where he stands on plenty of key issues, other than the obvious fact that he is a liberal — though perhaps not liberal enough, considering the other far-left progressives in the race.

All of these reasons will make it hard for O’Rourke to secure the nomination. It appears that many of his strengths also tend to be his weaknesses. While he may be off to a hot start right now, it seems unlikely that he will be able to surpass experienced, savvy political savants who have been carefully crafting their ideologies.

O’Rourke is about to quickly discover that it’s easier to mount an underdog campaign against a thoroughly disliked Republican senator than it is to secure the presidential nomination against a crowd of very well-liked Democrats.

At best, the former Congressman is an exciting young candidate with a vision for a better future. That describes at least half of the Democratic field. At worst, he is an inexperienced empty vessel who is already late to the fight against shrewder opponents.

There is also an undeniable irony in the fact that a heterosexual white man feels entitled to a job that women and people of color are vying for and have worked harder and longer to get.

O’Rourke may be the most qualified candidate to replace the incumbent — though hopefully without the daily lies and likely criminality created by public opinion and the media.