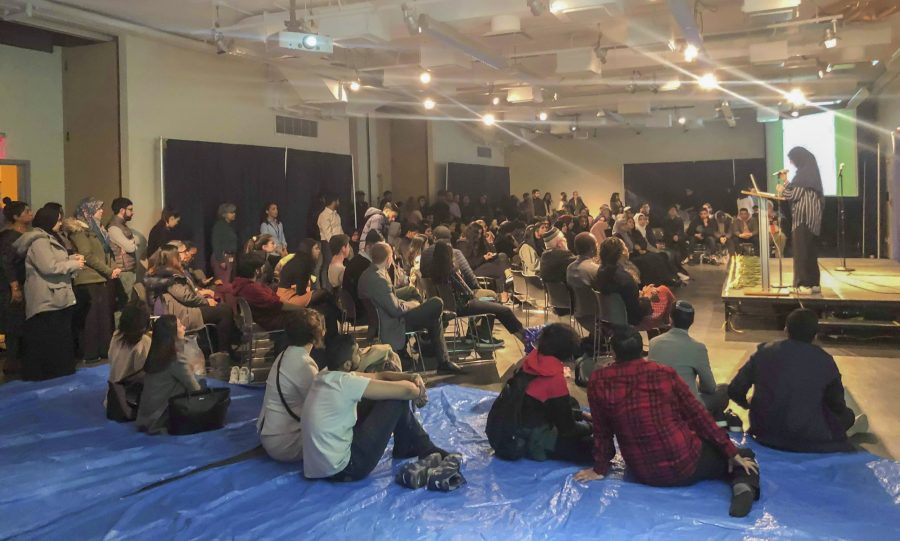 A Turkish-American Muslim, Niagara Tashkent, who is a Baruch graduate and who also has been a staff member for 36 years, raised her concern to The Ticker regarding the attacks on Muslim communities that were not addressed.

“Don’t be sad only when a Christian, deranged racist person does it. It happens by our own brothers and it’s so hypocritical that no one mentioned it,” said Tashkent.

“It’s even worse when we do it ourself because we should know better than those who are ignorant. It is no less terrible than when it happens in Pakistan or Syria, whether it’s a Shia or Sunni or when it’s Al-Qaeda or a Taliban group,” she added.

Her main comment was that “there should be a vigil/mourn every time someone is bombing a mosque, killing innocent people — regardless of the country of origin or their religion.”

Information Associate of Baruch Farhana Osmani agreed with Tashkent, adding, “This was good compared to nothing, but I think they should have mentioned it because it’s part of the issue.”

“I thought it was [addressed] because I remember Umaima, who is the secretary of MSA and the guy from the Islamic Relief USA, they both came up and addressed certain things, like he brought up the thing about Syria and Umaima brought up the two million Muslims being put in concentration camps in China, and the genocide happening in other Muslim countries, so they did shed light on that, but this vigil is for the New Zealand shooting,” said Baruch junior Yahya Sheikh.

Sheikh reminded the audience that it will take time to heal.

“Oh Allah, our struggles are real, but your promise is true indeed. With hardship there always comes ease. Oh Allah, remove from our heart any fear and replace it with peace. Grant us the courage to express our feelings to let those who we love to know how valuable they are to us,” he said.

As the vigil came to an end, positive energy filled the room.

Each speaker emphasized that the only way to fight hate is by spreading love.

The crowd was then welcomed to participate in the afternoon prayer and to stop by at the suggested donation box to raise money for the families of the victims.