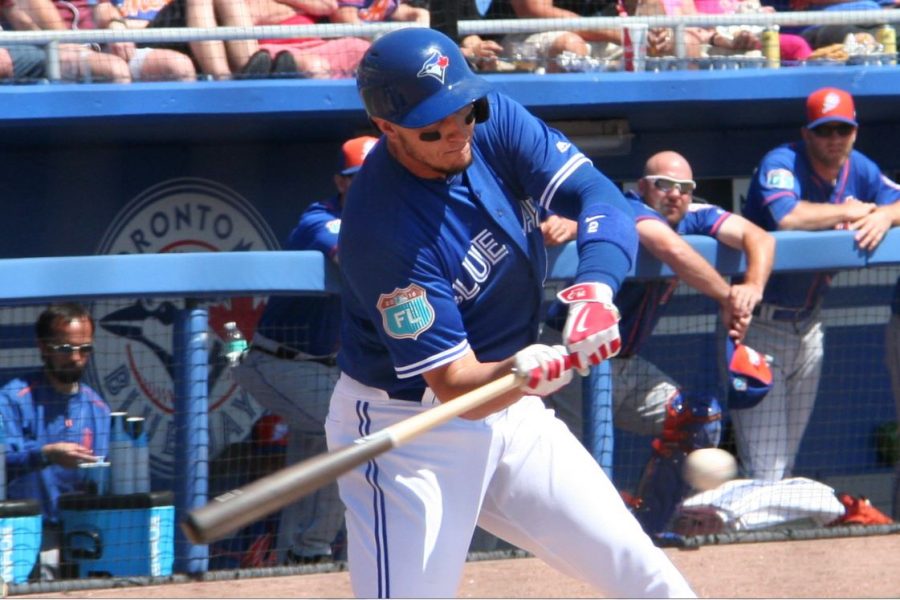 The Yankees acquired the 34-year-old shortstop in free agency this winter after the Blue Jays released him. Toronto was so convinced that the injury-riddled infielder’s playing days were over that they paid him $38 million to get lost. The Bronx Bombers picked him up for the major league minimum to serve as a stopgap until Didi Gregorius is set to return from Tommy John surgery.

Expectations for Tulowitzki have been understandably low but are now beginning to rise after his first three games of spring training. The former All-Star is 3-6 with two home runs and four RBIs, as well as sprinkling in a couple of highlight reel plays on defense. While few are expecting him to maintain this torrid pace throughout the season, it’s been thrilling up until this point to watch the veteran return to form. Then again, it’s never really been a matter of talent with Tulowitzki, but a matter of health.

The two-time Gold Glover has long been considered one of the most talented shortstops in the game, but his inability to stay on the field has undoubtedly hampered what could have been a Hall of Fame career. Since 2012, Tulowitzki has only managed to play in over 100 games three times. He hasn’t participated in a meaningful game of baseball since July of 2017. The likelihood that the infielder is free from the nagging injury bug once and for all is slim, a fact that general manager Brian Cashman is well aware of.

Yet even if he does spend the majority of the year on the injured list, it won’t hurt the Yankees’ pockets at all. Half a million dollars is essentially chump change to this franchise. If Tulowitzki doesn’t pan out, then the acquisition was still an experiment worth trying. The team can trade him or even cut him without any real harm coming to the payroll.

The more intriguing conversation is what happens if the shortstop does pan out. If the former Blue Jay hypothetically returns to his All-Star form and puts on a clinic at shortstop, the signing will be heralded as the biggest steal of the year. Getting that type of play out of someone who signed for the major-league minimum is a bargain that every organization will be envious of.

It will also present the Yankees with a bit of a conundrum come midseason, albeit a rather good one. When Gregorius returns from his surgery sometime this summer, management will have to decide what they want to do with their diamond in the rough. They could presumably trade Tulowitzki to a contender to compensate other needs around the diamond or keep him on the roster as a backup. It seems unlikely that they will continue to make him the starter if Gregorius is healthy and ready to go, but it will be difficult to sit the 34-year-old on the bench if he’s become a staple in the lineup. Assuming the Yankees keep both players on the roster, they will then be faced with an even tougher decision after the season. Both shortstops are set to become free agents.

Gregorius is in line for a big payday from someone and though New York is sure to be engaged, the city may not want to invest so much money in someone who’s coming off of major surgery and is about to enter their 30s.

They may instead choose to retain Tulowitzki, who will command much less money and commitment on the market.

There is also the chance the Yankees let both of these players walk and instead go after Xander Bogaerts, Elvis Andrus or one of the many other shortstops who are expected to be available.

This, of course, is all conjecture. Right now, the Yankees can only dream that Tulowitzki will perform well enough to eventually present them with those difficult decisions. Even if he doesn’t, it will be well worth bringing him aboard at such a low cost.

Spring training has barely begun and there are still months to go before anyone can even think about labeling the acquisition as a success.

Tulowitzki is easily the one player Yankees fans are going to want to watch out for early on, as he tries to prove to the team and himself that he is not as washed up as the Blue Jays thought.