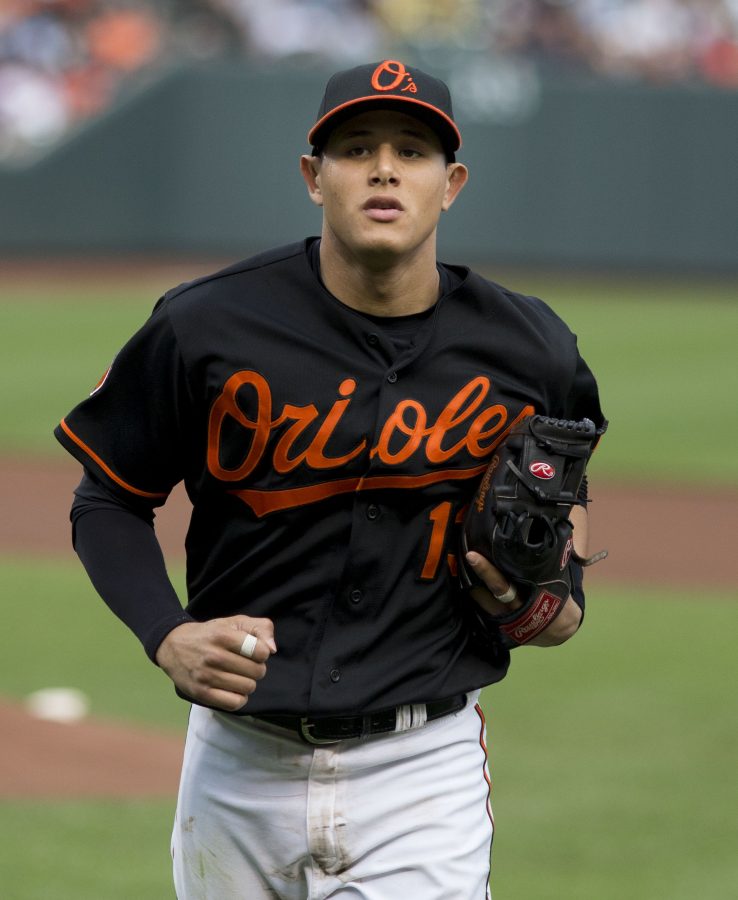 Manny Machado made sports history last week after signing the most lucrative free agent deal in North American sports history. The massive 10-year deal he inked with San Diego is worth $300 million in its entirety and sends a strong message to the rest of the MLB that the Padres are almost ready to compete. While few are anticipating them to win the division in 2019, it might not be long before the perennial basement dwellers of the NL West pose a serious challenge to those at the top.

It might come as a surprise to casual MLB fans that the Padres have now signed the highest total free agent contracts two years in a row. Last year they managed to net first baseman Eric Hosmer for $144 million over eight years and now they have landed Machado for the next decade, assuming he doesn’t opt out after 2023. While the addition of Hosmer didn’t do much to help them last season — they lost 96 games — bringing Machado aboard could begin to change the culture in San Diego.

Signing these two free agents over the past couple of years is clearly a long-term move for the Padres. The rest of their roster is lackluster, but they have an inspiring amount of talent quickly rising through the minor leagues who could be ready to make a difference within the next few seasons. The Padres have a whopping eight players on the top-100 prospect list, according to MLB Pipeline. Shortstop Fernando Tatis Jr. is among them and is considered a top three prospect by MLB Pipeline, Baseball America, ESPN, FanGraphs and Baseball Prospectus. He could be ready to join “The Bigs” sometime in 2019 with the rest of the promising youngsters following right behind him. As agent Scott Boras put it last winter, the Padres pipeline is a “volcano of hot-talent lava,” all of whom could have a major impact on this team sooner rather than later.

Even better news for Padres fans is that the organization might not even be done spending. Before the Machado signing, the team had a payroll of just $80 million. Even with the addition of his mega-contract, San Diego still has room to make more moves if they please. That means the remaining big-time free agents on the market could follow Machado’s lead and sign with a team that they believe is on the rise. Given the stagnant state of the market, they might even be willing to accept a discount.

If Cy Young winner Dallas Keuchel or All-Star closer and former Padre Craig Kimbrel decides to make the move to Petco Park, the Padres’ rebuild will be accelerated even more. Some might even consider them a dark horse to contend immediately for a wild card spot.

Machado’s age is also a big factor in why the Padres could be great for years to come. Many free agents ink huge deals when they are already about to hit their decline. Because he was brought up from the minors by the Baltimore Orioles when he was so young, Machado is still only 26. This means that the Padres presumably still have years left of extremely high-level play from the All-Star before his production starts to trail off.

All of these factors contribute to why San Diego could be legit in a few seasons. Their infield is now solidified by two bona fide All-Stars in Hosmer and Machado, who each know what it’s like to be in a competitive playoff atmosphere. Their slick gloves and impressive bats anchor a lineup that will soon include some of the best prospects in the game. Plus, the team’s payroll is still low enough to acquire another big name next offseason or even this one if they deem it necessary.

San Diego hasn’t had a winning season since 2010. Worse than that, they have averaged just under 90 losses in the eight years since. They have long been a team that is as forgettable as it is underwhelming. Now, however, that seems to have changed. There is finally a reason for the Padres’ dormant fan base to be excited again. It starts with Machado, but it doesn’t end there. After years of celebrating the successes of the San Francisco Giants and Los Angeles Dodgers, California might soon have a new baseball team to root for in October.