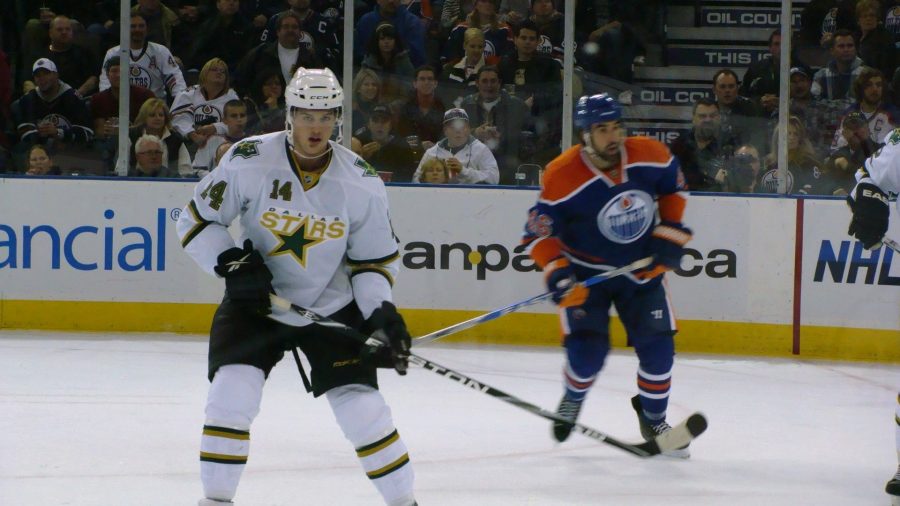 In a span of exactly five months, the Toronto Maple Leafs made major headlines with two marquee free-agent signings.

The former was a rather hassle-free transaction, as Tavares was fully convinced that playing for his childhood team was the best decision for both him and the Maple Leafs. He was a key piece to Toronto’s Stanley Cup puzzle.

Nylander’s situation, on the other hand, was not as smooth.

In fact, the deal that he signed was done five minutes before the deadline for restricted free agents to sign NHL contracts in order to play that same season.

Despite the different routes that general manager Kyle Dubas took to sign these two players, both are currently donning the Toronto blue and white maple leaf across their jerseys.

Dubas then had himself another dilemma. He needed to re-sign the team’s current franchise player, Auston Matthews.

The 21-year old has asserted his dominance in the league ever since the Leafs selected him first overall in the 2016 NHL Draft. He became the first player in NHL history to score four goals in an NHL debut.

He set franchise rookie records with 40 goals and 69 points en route to winning the Calder Memorial Trophy as the league’s top rookie in 2016-17.

He also led the Leafs to the playoffs in consecutive seasons, though they were bounced in the first round in both years.

For a kid who eschewed both major junior hockey and the U.S. national team development program to play his draft year in Switzerland, and a kid who was born in California and raised in Arizona and had no emotional attachment to Toronto, there was some thought that perhaps Matthews would be the one to finally shed the hockey player mentality and put his own financial interests ahead of those of his team, the way Sidney Crosby and Connor McDavid did before him.

The reality is that when Matthews’ entry-level contract expired after this season, he could have walked into Dubas’ office and demanded an eight-year deal worth $15.9 million per season.

Whether or not he would have received it is another thing, but he would have been fully within his rights to ask for the maximum term with an annual salary of 20 percent of the salary cap.

However, Matthews ultimately signed a five-year, $58.17 million extension with the Leafs on Feb. 5, keeping him in Toronto until 2024. Matthews’ contract has an average annual value of around $11.6 million, or 14.6 percent of the current cap.

This is less than Edmonton Oilers star Connor McDavid’s — 16.67 percent — but much more than Buffalo Sabres center Jack Eichel’s —13.3 percent — snagged on his second contract.

The Leafs hoped they could get him for under $11 million on a shorter term, but Matthews got more, with 93 percent of his new contract paid in signing bonuses.

This new deal benefits both Leafs management and their short- and long-term financial flexibility. But it also has a ripple effect on some of his teammates.

Matthews’ camp wanted to get an eight-year term done last summer, and the Leafs didn’t really have a desire to do it.

With this five-year contract, Dubas is essentially trading three contract years of Matthews for upward of $2.5 million in cap space annually to either keep the core together or to have the flexibility to add to it.

For Tavares, Matthews’ new deal allows the Leafs to open a six-year window to win with significantly better cap flexibility than if Matthews had signed for a much higher annual cap hit.

The last thing Tavares wanted was to be on a team that can’t add significant pieces to a championship puzzle. Meanwhile, he’s making $11 million against the cap with a full no-move clause through 2025.

Matthews’ other star teammate, Mitch Marner, is also set to be a restricted free agent after this season. Toronto’s leading point scorer last season and this season is also expected to earn a hefty amount of dollars sooner than later.

But Marner’s agent, Darren Ferris, along with other members of his camp, have claimed that the Leafs have basically lowballed Marner and that he is incredibly undervalued.

As it stands, Dubas is going to try to get Marner closer to a $9.5 million annual cap hit, which is what Tampa Bay Lightning star right-winger Nikita Kucherov received in his massive eight-year, $76 million extension that he signed with the Bolts this past offseason.

Matthews’ contract certainly makes that more feasible, but negotiations are expected to continue.

But it’s not just the Maple Leafs and Matthews’ teammates who are affected. In fact, there are a plethora of players who are set to become restricted free agents after this season, and they are all well-aware of Matthews’ new contract. Marner, Mikko Rantanen, Brayden Point, Patrik Laine, Matthew Tkachuk, Sebastian Aho, Brock Boeser and Kyle Connor highlight what is without a doubt the best class of young NHL stars coming out of their entry-level deals in league history.

The Matthews contract resets the market for teams seeking to go with a shorter term with their great young players.

It’s an absolute game-changer to that end. To be 26 or 27 years old with the possibility of signing an eight-year deal with the team of their choice is a powerful enticement.

Two of the league’s established young superstars, however, seem to be on the wrong end of this Matthews contract.

McDavid, who signed his eight-year, $100 million extension a year early, is basically tied to the Edmonton Oilers for the next nine years.

He took less money than he could have, placing his faith in the Oilers that they would spend that money wisely.

They did not, and now he’s in for seven years on a team that is not close to being a contender at a wage that is woefully low in relation to his abilities and his status as the undisputed best player in the world.

Kucherov, who is making $9.5 million annually through 2027 with his new deal, may see his contract get blown away by both Matthews and Marner.

However, contracts like his have allowed the Lightning to build a Cup contender, although they will need to deal with Point’s new contract as well.

But the true winner of this contract is Matthews himself. He stands to become an unrestricted free agent two months before his 27th birthday, when he could be at the height of his career.

With a U.S. television deal coming up in two years, gambling revenues on the way and another expansion team in Seattle that will likely create more money in the system than ever, his around $11.6 million yearly stipend is going to look like a bargain if revenue records continue to be smashed.

He might end up getting that eight-year, $15.9 million per year deal that was originally coveted.

However, Dubas is outworking every general manager in the NHL right now, and he is only 33 years old.

He signed Tavares on the first day of free agency, signed Nylander right before he could have been deemed ineligible for the entire season and handled the situation with as much class and fearlessness as any general manager, contrary to what mainstream media has put out in the public, and signed Matthews just two weeks into contract negotiations.

At this rate, Dubas should be able to re-sign all of the young stars that the Leafs have, especially Marner.

The die-hard Leafs fans are already salivating at their absolutely loaded roster that is on the cusp of winning the city of Toronto its first Stanley Cup since 1967.

After the Nylander saga, to have this Matthews situation end during the season without any lingering drama into the postseason or summer is a glorious thing.

The future is going to be what it is, but to have a solid window to finally win a Stanley Cup, as well as management that seems to have a discernible plan to do so, is frankly un-Leaf-like.