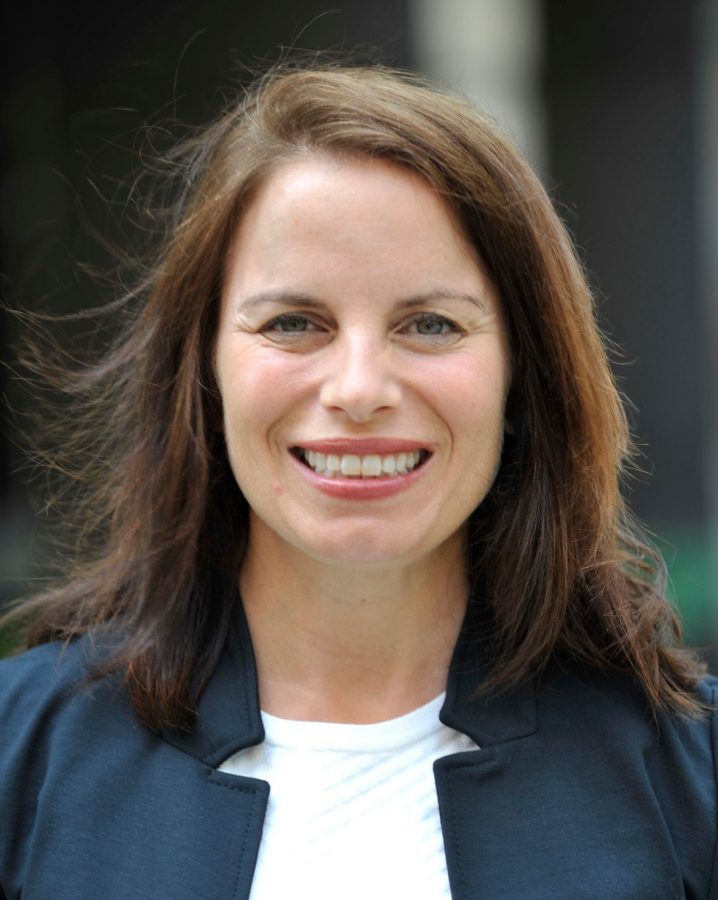 Special to The Ticker

As a second-semester sophomore, I have had the opportunity to learn under the instruction of many qualified professors. However, my time as a student in English professor Jessica Lang’s honors seminar, The Arts of New York City, has shaped my college experience thus far.

Lang’s approach for teaching this seminar, which makes up one of the four courses in the CUNY Macaulay Honors curriculum, pushed her students to unlock their full potential. As most of the class agreed during our time together, we had grown too used to having our work graded with one eye open simply because we were honors students.

At the time, Lang was the chair of the Baruch College’s English Department and a professor in the department. Since then, Lang has been appointed dean of the George and Mildred Weissman School of Arts and Sciences — a position she has held since July 2020.

Throughout her time at Baruch, Lang has implemented numerous initiatives that have created a better learning environment for all Bearcats — ranging from students past and present to faculty members. Specifically, Lang created a peer-mentoring program for pre-tenure faculty members in an effort to bring light to the achievements of worthy professors.

In addition to her work in faculty development, she also launched a micro-study abroad program during CUNY’s winter break in January to give students an extra opportunity to expand their knowledge and global perspective.

Lang has an innate ability to teach. A natural educator, Lang was brought up surrounded by education.

With both of her parents being philosophy professors, she learned what it took to inspire greatness from the confines of her own family. Inspired to pursue a career as a humanities educator by her summer reading of classical works written by Russian authors such as Leo Tolstoy and Fyodor Dostoyevsky, Lang set her sights on the Graduate Records Examination.

From transitioning from being on a pre-med track to pursuing the humanities, Lang is no stranger to change.

Although Lang began her career at Baruch back in 2004 as an assistant professor, her accomplishments precede her employment.

In addition to her position as a dean and professor, Lang is also the founding Newman director of Baruch’s Sandra Kahn Wasserman Jewish Studies Center.

As a Jewish American woman, Lang’s administration and teaching are shaped by her plethora of unique experiences.

Despite wearing numerous diverse hats of responsibility within the Baruch community, she is able to bring her all to each one of her endeavors.

Personally, I got a look at the way Lang is seen by both her students and her colleagues throughout my time in her class.

By tapping into her personal and very talented network of friends, Lang was able to give my classmates and I backstage access to various art galleries, as well as expose us to traditional arts such as the Metropolitan Opera’s production of “Madame Butterfly.”

By showing us the more intimate parts of the city’s art portfolio, we were able to take away enough memories to span beyond that semester’s confines.

Moreover, she also spared no effort in improving the classes’ personal graded contributions. Although it was originally quite perplexing to be held to such high standards so early on in our college careers as first-semester freshmen, Lang’s thorough revision of our submissions and meticulous grading proved to be yet another bonus to the class.

While in Lang’s class, we were reminded that taking it easy would only get you so far. Motivating us daily and helping us to improve upon our existing skillsets, I believe that I can speak for my classmates when I say that Lang made a major contribution to our academic standing.

“I think that everything we do is totally shaped by gender,” Lang said when asked whether being a woman has affected her experience and career trajectory.

Nonetheless, Lang believes that she found her perfect fit in the English discipline. Offering great gender diversity within the educational field, the English subject area is more favorable toward women, allowing greater opportunities for advancement.

Having had so many unique experiences and roles over the years, Lang largely attributes her success to having landed a position at Baruch. In her words, she is given a sense of purpose throughout each workday because of the CUNY mission.

With CUNY’s mission being to advance the study of the arts and sciences in the lives of students who come from limited socio-economic backgrounds, Lang is proud to be a part of something so enriching.

“It’s rare that a job lives and practices its mission every day, but Baruch gives me that,” Lang said.