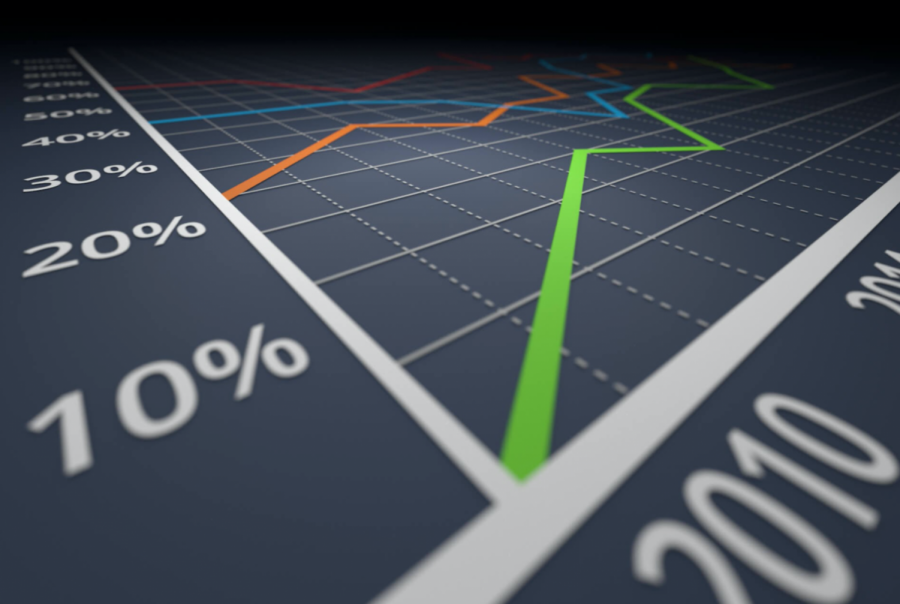 The U.S. stocks rose during the week of March 8 to March15, driven by more positive news regarding economic recovery and inflation.

These gains were reflected in the three major indexes for that week, the Dow Jones Industrial Average, which posted gains of 2.4%, the Nasdaq composite, which increased by 2.9%, and the S&P 500, which grew 2.3%.

These gains came amid investor beliefs that growth and inflation will increase, causing investors to invest in more economically sensitive companies and drive the indexes up.

This investor confidence came as vaccine rollouts continue to proceed faster than expected. Over 100 million Americans have received a vaccination as of March 12, and the Biden administration projects that by May 1, all adults in the United States will be eligible to receive the vaccine.

This is a signal of easing scarcity of vaccine shots, as President Joe Biden announced that people will be able to attend small gatherings by Independence Day.

This timeline has given investors a more optimistic outlook for the second half of the year in terms of the recovery and the reopening of the economy. This has been even further supported by the passing of the $1.9 trillion stimulus package by the Congress.

The first batch of direct deposits of $1,400 were sent out on March 12, although the official payment date is currently =March 17. This fiscal stimulus will synergize well with the reopening of the economy and is expected to have a “stronger impact on consumption,” according to Carsten Brzeski, head of macro research at ING Groep.

Despite this, there are still concerns regarding increasing inflation, amid reports from the Labor Department that the producer price index, a way to gauge inflation before it hits consumers, has increased .5%.This follows a 1.3% increase last month.

The continuing increase has sparked fears that a too-large increase in demand will result in interest rates rising.

There has been pushback against that sentiment, however, as some economists argue that the United States still suffers from a large amount of unemployment, with nearly 9.5 million people more unemployed now compared to this time last year.

It is for this reason that investors are looking to the Fed meeting planned for Wednesday, March 17 for guidance, with many fearing an increase in rising interest rates to help combat inflation.

Looking forward, the main focus in the coming week will have to be Fed guidance and whether it will keep easy money policies going or rein in fears of rising inflation by raising interest rates.