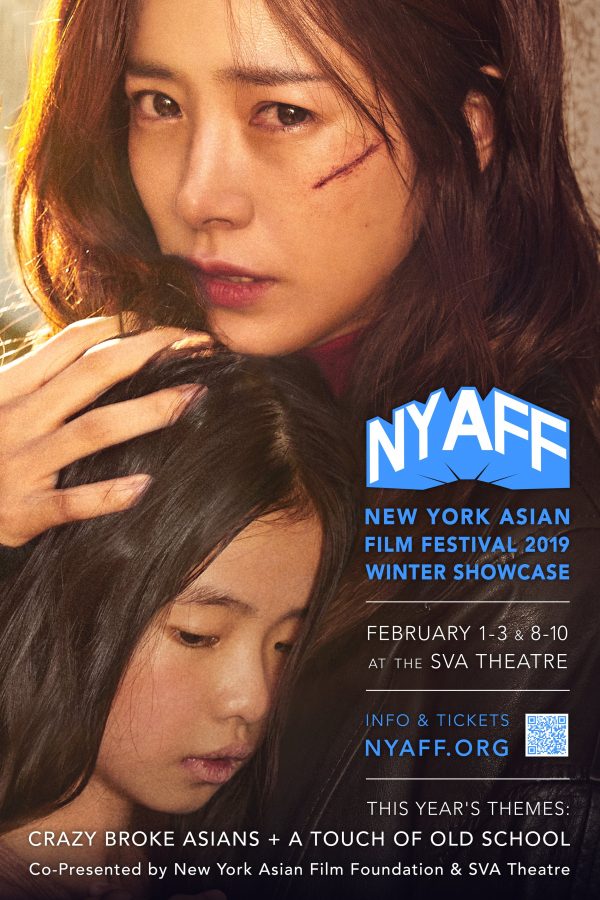 Last year was marked as a year that contributed to a production of a great deal of successful Asian-American-led movies, such as Crazy Rich Asians, To All The Boys I’ve Loved Before, Searching and more. In 2019, the New York Asian Film Foundation sought to provide the other side of the tracks with unconventional stories outside of mainstream film.

Over two February weekends, the foundation, known for its annual New York Asian Film Festival — a summer event for the past 17 years — exhibited its first “Winter Showcase.”

The NYAFF 2019 Winter Showcase opened on Feb. 1, with Han Ji-min, a Korean actress from the film Miss Baek, as NYAFF’s first film ambassador.

The showcase centered around the themes of “Crazy Broke Asians” and “A Touch of Old School” and took place from Feb. 1-3 and Feb. 8-10 at the SVA Theatre, featuring 15 Asian films, including Fly By Night, Mee Pok Man, Breathless and Crying Fist.

The showcase also offered a mix of contemporary and classic movies from Japan, Hong Kong, South Korea, Taiwan, the Philippines and more. Now in its 18th year, NYAFF is a prominent festival for Asian films.

The significance of the festival is that it shows untraditional hidden gems in Asian film culture. Classic kung-fu films 7 Grandmasters, The Mystery of Chess Boxing and The Swordsman of All Swordsman were all screened on Feb. 9, followed the next day by screenings of King of Beggars, Merantau, The Raid: Redemption and a Lunar New Year party.

Swordsman of All Swordsmen is a 1968 Taiwanese action movie, in which the swordsman Tsai Ying-jie, played by Tien Peng, sets out on a quest to track down the bandits who killed his father and stole a legendary spirit-chasing sword 18 years ago. Tsai spends his whole life seeking revenge.

Through his journey, Tsai encounters mysterious swordsman Black Dragon and Flying Swallow, a woman warrior, but their helpfulness is a matter of question. After killing each bandit, Tsai symbolically chops down small wooden panels that have their names.

Watching Tsai closely, Swallow tells him to stop seeking revenge, saying, “Hatred grows deeper with time.” Swallow also throws a thought-provoking question at him: “Gratitude or hatred, which one is more important?” Tsai has a hard time answering this question, but, with time, he realizes what is most important to him. Helmed by Taiwanese director Joseph Kuo, the film uses beautiful locations, such as waterfalls and beaches. Kuo’s beautifully crafted feature is uncompromising, but also a vibrant showcase for his impressive filmmaking and the equally impressive performances by actors Peng, Polly Shang-kuan, and Miao Tien. Swordsman of All Swordsmen is a knockout Asian film.

Following the NYAFF screening of Swordsman of All Swordsmen, the showcase offered a secret screening, which has been a tradition of the festival. The Killing of Satan, a fantasy and adventure film, is a story about a dead man who chooses his nephew to battle the forces of evil.

In the secret screening, the 1983 Filipino film The Killing of Satan was dubbed in English. It is an old, classic film, a work within the adventure genre that is completely transformed into a comedy, becoming one of the highlights of the festival.

The theme of “Crazy Broke Asians” highlights the fact that without proper funding, quality films like those presented in the showcase would not find their way into the American industry. The NYAFF showcase shed a light on old, classic films that can still be considered legendary.

But prior to celebrating the success of contemporary films, it is imperative to go back to the beginning and look at where the triumphs started. Like film producer Luke Tyler said, “Don’t forget where you came from, but always remember where you’re going.”