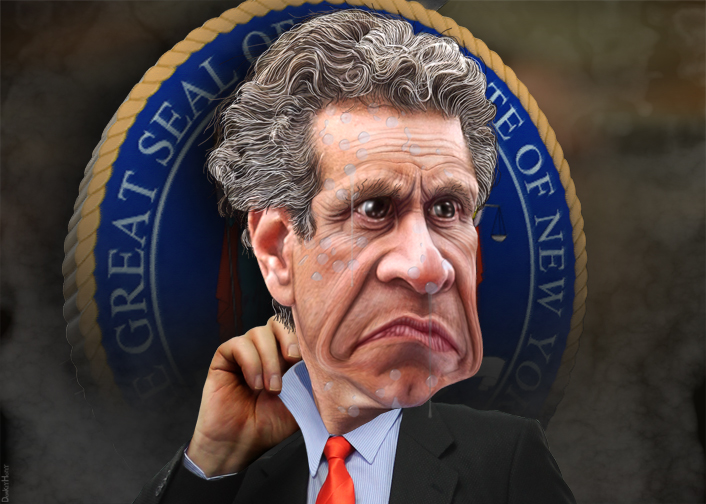 New York City Gov. Andrew Cuomo has been a hot topic recently over his handling of nursing homes during the coronavirus pandemic.

Cuomo’s “mistake” of not fully disclosing the number of deaths in nursing homes is unacceptable.

The Cuomo administration is facing numerous allegations that it had covered up the full details of coronavirus death tolls in New York nursing homes.

In a time where bipartisanship is a foreign concept, lawmakers on both sides of the political spectrum have called for Cuomo to be stripped of his emergency powers that he has exercised since the height of the COVID-19 pandemic.

U.S. Rep. Elise Stefanik wrote in a statement that Cuomo and his team “must be prosecuted.”

“Governor Cuomo, the Secretary to the Governor, and his senior team must be prosecuted immediately – both by the Attorney General of New York State and the U.S. Department of Justice,” she said.

Even New York City Mayor Bill de Blasio has called for more answers on the nursing scandal, but his calls could be interpreted as a personal attack as he and Cuomo have clashed in the past over policies, and their political war has not diminished even during a crisis.

Requesting prosecution might be taking it a bit too far, but the Cuomo administration should pay a hefty fine for its partisan move.

The pandemic has highlighted older people as the most vulnerable and hardest hit group in terms of COVID-19 cases and deaths.

The irony of the nursing home scandal is that Cuomo himself wrote a memoir on pandemic leadership just last year but it is safe to say that mishandling data on COVID-19 deaths would be poor leadership.

Remember, the nursing home scandal began when top Cuomo aide Melissa DeRosa admitted in a private conversation that they withheld data on nursing homes deaths when she was asked about the ongoing delays in handing nursing home data to lawmakers.

DeRosa’s reason for mishandling the data was because they were afraid of dealing with it during the Trump Justice Department investigation.

That reasoning is unacceptable.

Fast forward to today, they may have to deal with a Biden Justice Department.

Cuomo is the face of this scandal, that much is true, but the anger that is built from public opinion should be directed to DeRosa, as well as all those who knew about hidden data and remained silent.

To make matters worse, there is an accusation being brought by New York Assembly Member Ron Kim that Cuomo tried to silence him. Kim alleges that Cuomo called him multiple times and requested that he lie about the situation or else his political career would be over.

It is important to note that Kim’s accusation is alleged and has not be been legally proven.

As such, a statement from the Cuomo office was released responding to Kim’s allegations.

“At no time did anyone threaten to ‘destroy’ anyone with their ‘wrath’ nor engage in a ‘coverup,’” the statement from Cuomo’s office read, according to Politico. “That’s beyond the pale and is unfortunately part of a years-long pattern of lies by Mr. Kim against this administration.”

Cuomo must be given the credit he deserves, as he did not lie about the cover up. Cuomo took responsibility for undercounting the deaths in his own Cuomo way, using an unacceptable excuse that “everyone was busy.”

“Everyone was busy,” Cuomo said, according to NPR. “We’re in the midst of managing a pandemic. There was a delay in providing the press and the public all that additional information.”

Under no circumstances should information relating to the coronavirus pandemic be hidden. The country is already dealing with skeptics questioning whether taking the vaccines are safe.

“That void of information caused the families who lost a loved one tremendous pain,” to The New York Times reported Cuomo said. “My administration created the void and that I feel bad about. Not illegal, not ethical. But just failed people in that moment.”