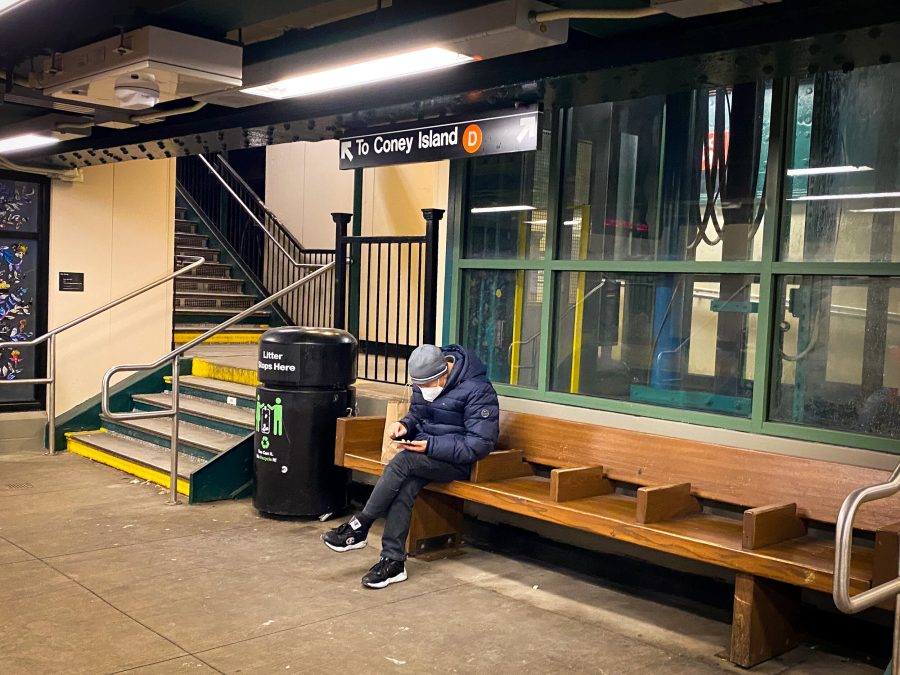 There is a stigma associated with homeless people and the MTA is feeding that narrative by removing the benches from the subway stations they reside at.

A Twitter user asked the MTA on Feb. 12 why benches were removed from subway stations in recent weeks.

“Benches were removed from stations to prevent the homeless from sleeping on them,” the MTA tweeted after a rider asked why the benches had disappeared.

Since then, the tweet has been deleted, but it raises an important issue.

New York City has the largest homeless population in the United States, a number that has only grown during the COVID-19 pandemic. So many New Yorkers have lost their jobs or are struggling to find one and cannot afford to pay rent or bills for their homes.

No one chooses to be homeless, especially when there is an airborne virus rampant, taking people’s lives.

Removing benches does nothing to help the homeless. In fact, it only does the opposite.

Unable to afford places to stay, many homeless people who rely on their subway benches would be forced to sleep outside, which is even more dangerous during the coronavirus outbreak and the current freezing temperatures.

Besides negatively impacting the homeless, the rest of New York would also be dealt a blow.

Since the pandemic started, trains have been operating slower, resulting in longer wait times. Some train lines have even been cut off altogether.

Imagine pregnant women, older people and children standing for 20 minutes for the train to arrive. It would be simply inhumane to subject them to that cruelty by removing benches.

An essential worker, who tirelessly works all day and risks their own health for others, deserves to sit for a few minutes in the train station.

The MTA even advises that if a passenger is not feeling well, they should get off the train and sit down on a bench while waiting for emergency personnel to arrive.

Since the start of the pandemic, the MTA has discriminated against the homeless population.

In fact, in the early days, it banned “large wheeled carts on trains, lingering in a station for longer than an hour, and staying aboard out-of-service subway cars,” according to NY Daily News.

These measures essentially sent a message to the homeless that they are not welcomed in subway stations. All these efforts indicate that the MTA would rather homeless people be out of sight and out of mind than given attention.

Instead of focusing resources on removing seating from subway stations, New York should work toward helping the growing homeless population.

Through job placement programs, financial support and aid in finding a place to stay during the pandemic, the homeless wouldn’t need to sleep on train station benches in the first place.