While the Baruch community has suffered a loss, Greek life has its benefits 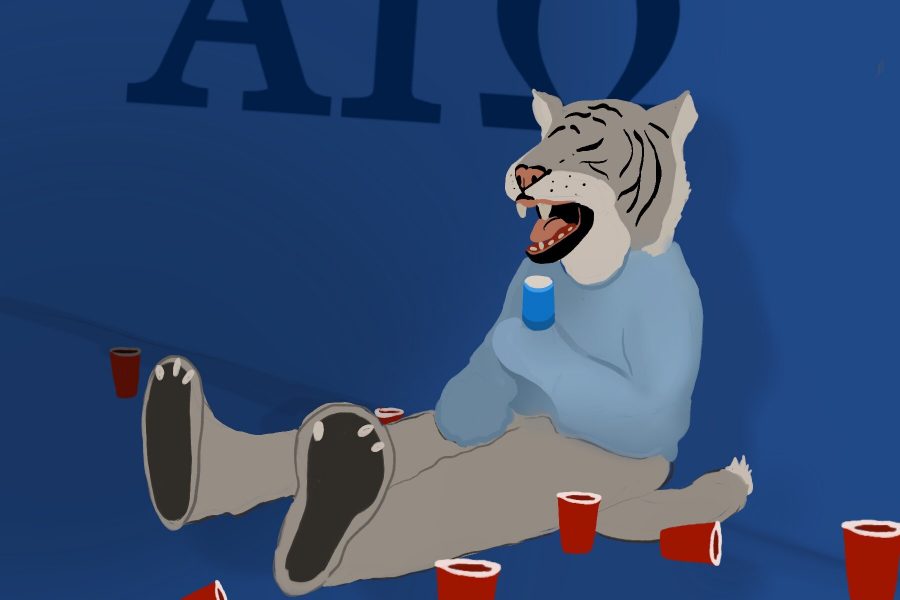 When colleges and universities are portrayed on television or in other media venues, typically Greek life is involved with college students participating in various exciting sorority or fraternity events. However, real-life strays far beyond what is depicted on screen.

At Baruch College, social Greek life organizations are banned across campus after the devastating hazing incident that took the life of 19-year-old Chun Hsien Deng on Dec. 8, 2013.

While pledging for the self-proclaimed Asian American fraternity Pi Delta Psi, Deng and his pledge class were taken on an unsanctioned weekend trip to the Pocono Mountains in Pennsylvania where the tragic accident took place.

As part of a hazing ritual called the “Glass Ceiling,” Deng and his pledge class were blindfolded and equipped with heavy backpacks filled with sand to be tackled by other fraternity members. Unfortunately, Deng sustained a head injury that, when left without urgent medical assistance, proved to be fatal.

Moved by the tragic loss, the then-Provost and Senior Vice President for Academic Affairs David Christy placed a moratorium, or ban, on the Pi Delta Psi fraternity as well as all other social fraternity and sorority organizations on the Baruch campus.

Despite these sororities remaining in existence, the provost’s decision prevents new pledges from being initiated.

Over the years since the accident, some of Baruch’s student body has expressed interest in a return to Greek life on campus. Seen on platforms such as Baruch’s student-run Facebook pages or the popular Instagram page “Overheard Baruch,” new and current students ask questions about what could possibly bring Greek life back, given their interest in participating.

While last week’s anti-Greek life article written by Amanda Salazar brings up numerous strong points against the return of fraternities and sororities to Baruch, there is room for debate.

Firstly, while no time will be enough time for Deng’s family to heal from the tragic loss of their loved one, perhaps the elapsed time has provided the Bearcat community to learn from the devastating mistakes of previous classes and make movements in the right direction.

As seen by many Greek sororities and fraternities around the country and the world, social Greek life has many benefits. From boosting leadership skills to encouraging community involvement and service, Greek life helps to unite a diverse student body into closer-knit communities.

While Salazar made a strong point in mentioning that there are plenty of other great opportunities to get involved in the Baruch community through other routes such as clubs and programs, the close-knit communities created by Greek life chapters are felt all across the country and the globe.

Be it in New York City or Los Angeles, college students thousands of miles apart are united by the brotherhood and sisterhoods created at their respective campus’ chapters. At a commuter school such as Baruch where many students miss out on intimate student-body connections, Greek life could be a middle ground.

Serving as the connecting link between the unconventional, hustle-and-bustle commuter climate seen at Baruch and the traditional “home-style” environment of campus schools, Greek life’s traditions could be the key.

In addition, Salazar also mentions that, “It’s doubtful that many students have ever even heard of Deng and what happened to him — it’s not discussed in the first-year seminar, after all. There’s no annual moment of silence or day of remembrance for him. There’s no memorial on campus.”

Salazar’s point is critical to the notion of a new and improved Greek life presence on campus: reparation.

First-year students at Baruch are required to complete online training focusing on drug use, bullying and other dangerous behaviors as well as mandatory attendance and completion of Freshman Year Seminar.

If social sororities are to be brought back to campus, this should be done by first and foremost addressing the tragedy that brought the moratorium into action.

Furthermore, in order to prevent unsanctioned events from occurring, Baruch administrators should be much more involved in the planning and execution of Greek life events. While the Pi Delta Psi brothers were required to get permission for the trip but failed to do so, this should not be an excuse.

Given the remote-learning environment brought on by the COVID-19 pandemic, administrators have stepped beyond the honor system to police cheating on exams and, rather, have instituted measures to be more involved. If tests warrant greater involvement, then social organizations should receive the same attention.

As it is right now, Greek life is a “no-entry zone” at Baruch’s campus. However, that does not mean that Greek life at Baruch has ceased to exist.

As seen on campuses all across the country, when a school bans something, an underground version surfaces. When it comes to underground Greek life organizations, these groups function with no supervision and answer to no one, creating even greater potential for threat to the lives and well beings of its members.

Finally, the notion that social Greek life “wouldn’t add anything of value to the Baruch community” seems to be without grounds. What may lack value for some, may have plenty of value for others. With three Greek business fraternities and 30 professional development clubs, what makes that plethora more valuable than even just one social Greek chapter?

By allowing social Greek life to return to campus, Baruch’s student body would be gaining an invaluable resource with the potential to fill their lives with social ties and leadership skills that will last them a lifetime.