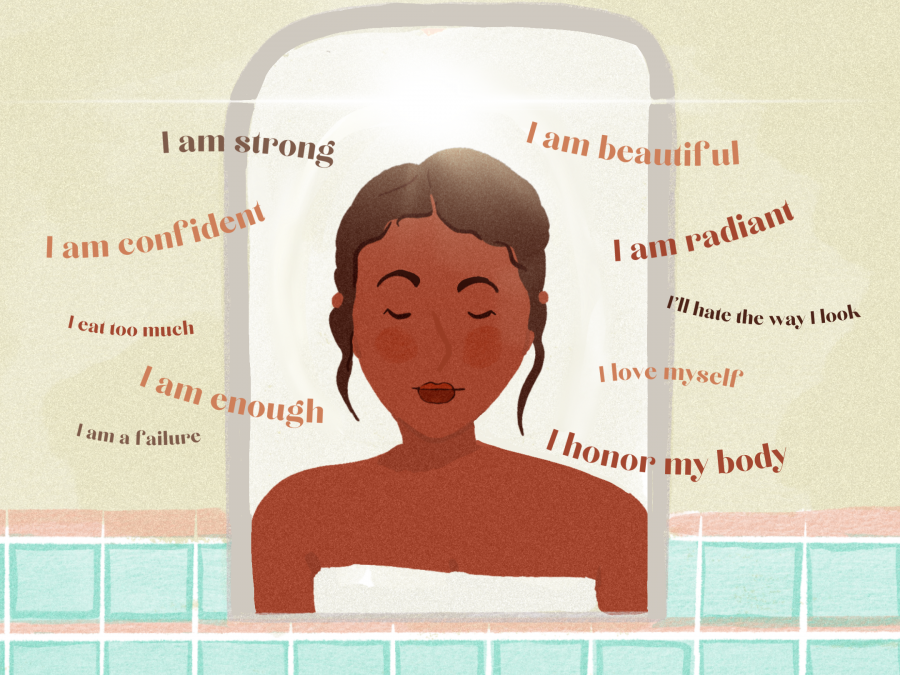 The topic of body image should be integrated into school curriculums to help children develop a positive body image before it’s too late.

Negative feelings and thoughts surrounding one’s body image can grow and lead to low self-esteem, anxiety, body dysmorphia and depression. For children, this can affect the way they behave in school and social settings.

While it’s common to associate body image with just weight, it also can relate to someone’s facial features, hair, height, skin color or body as a whole.

A child’s perception on what is “normal” can come from social media and family, as well as cultural, societal and community opinions. This depiction can lead to unrealistic expectations and begin a cycle of negative body image.

Schools are the right environment for children to begin forming a positive relationship with their own self-image.

Educating students about body image in K-12 classes can greatly impact the relationship a child has with their body image later on in life.

The training can include recognizing the early signs of a child dealing with body dissatisfaction or eating issues and being mindful of the language used when talking about physical appearances around children.

Policies can also be put into effect to prohibit and not tolerate body shaming, teasing or bullying of any kind.

Due to the effect that a child’s family can have on their body image, schools can offer information and resources to parents and caregivers on body image and how it’s never too early to promote body positivity to their children.

The PSHE Association published a guide for teachers to confidently teach about body image, which includes input from more than 350 teachers and focus groups of experts and young people.

Teachers can find within the guide helpful information about not only understanding body image but creating a school environment that supports and promotes positive body image.

Addressing the needs of vulnerable groups like students who are obese, at risk of an eating disorder, in the LGTBQ+ community, with a disability or are of a minority ethnic group, is also included.

An idea recommended for students of color is to “ensure that images and role models used in lessons and throughout the school are ethnically diverse,” according to the PHSE Association.

Lack of representation and inclusivity from a young age can hurt the relationship children of color have with their body image. What they think and believe to be the “ideal” body will not look like them, thus beginning the cycle of negative body image.

Social media, while it can push forward productive conversations about body image issues, does feed into romanticizing certain eating habits and body types, as well.

“Research suggests that ‘fitspiration’ images in particular – which typically feature beautiful people doing exercise, or at least pretending to – might make you harsher on yourself,” BBC reported.

With a generation of body positive individuals, social media will not be a place where bodies shown are judged or labeled. Rather, it would be a place where different bodies are celebrated.

By starting at a young age, these generations can notice the toxicity of social media and shape a new kind of social media culture that doesn’t favor one body type over another.

Self-acceptance at a young age is a game-changer for body image, and the education system can play an important role in guiding children down the right path.