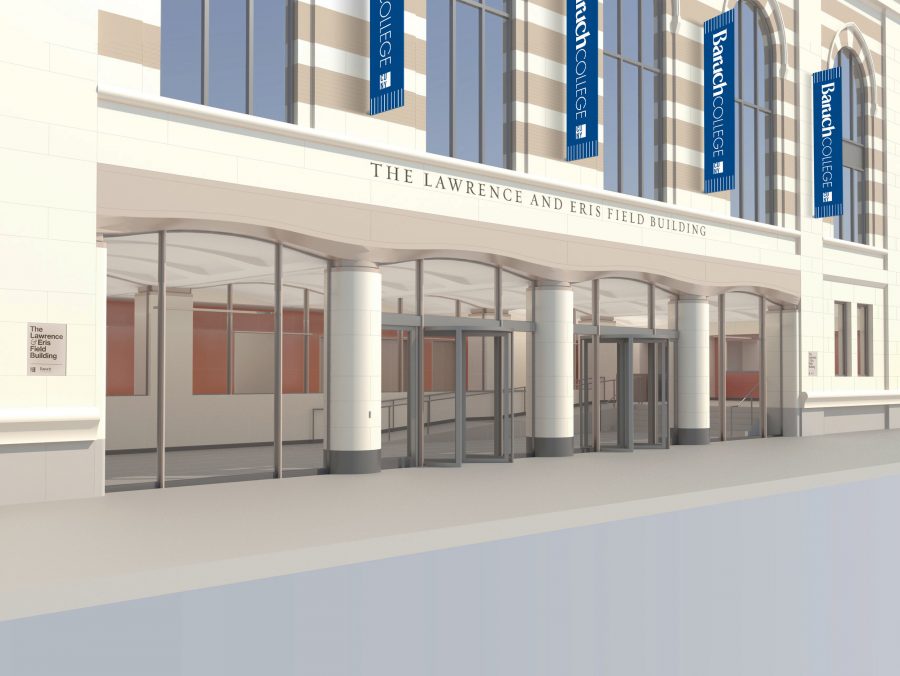 The first phase, which cost $109 million dollars, was the first significant renovation of the building since its opening in 1929. The renovation was part of a six-stage project and was funded by New York State and the New York City Council.

“Ensuring all New Yorkers have access to higher education is one of the most important investments we can make in our communities and our state,” Cuomo said about the project. “By providing our students with state-of-the-art facilities like the renovated Field Building, we can help ensure equitable and quality access to the best that our CUNY system has to offer while attracting the best talent to New York and honoring this institution’s storied past.”

Baruch President S. David Wu expressed his gratitude to Cuomo and state legislators for their support in the renovation.

“These critical improvements to the Field Building will ensure that our facilities meet the demands of a 21st Century education,” Wu added. “They will help us to advance Baruch’s mission as an innovative leader in higher education – not only as a catalyst for social mobility, but as an institution that achieves academic excellence at the highest level for students of all backgrounds and ages.”

“New York State is proud to invest in preserving the historic Lawrence and Eris Field building, which will be a beacon of learning for generations to come and serves as a symbol of New York’s resiliency and excellence,” Hochul noted.

CUNY Chancellor Félix Matos Rodriguez said that the project represents the university’s dedication to expanding and transforming its campuses to give students a modern space to pursue their educational endeavors.

“We take seriously our obligation to furnish our resilient students with the resources they need to support their studies. Thanks to Governor Cuomo for his rock-solid support of higher education, and to the many state and city officials who championed this project and made it possible,” Matos Rodriguez said.

The full statement from the Governor’s office can be found here.