As US continues to fight COVID-19, Native Americans remain forgotten 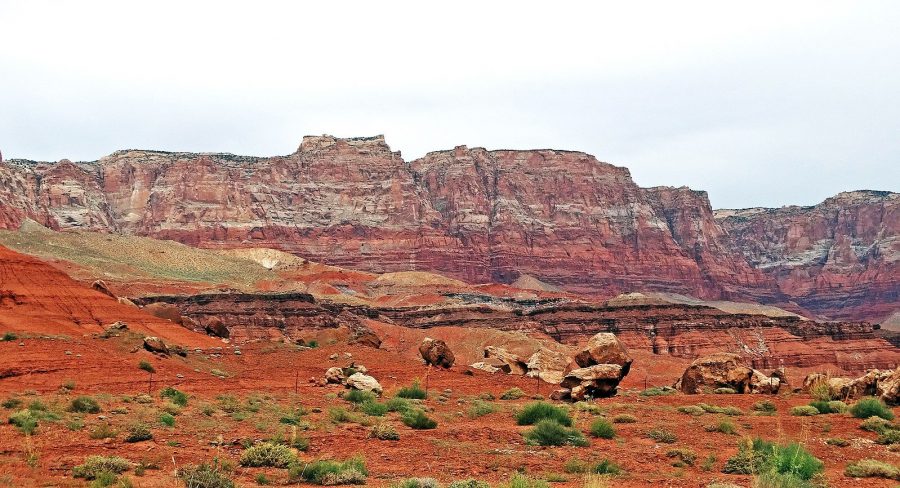 Since the United States began lockdowns in March, the Native American population has been disproportionately affected by COVID-19 compared to the rest of the nation. Their infection rate and death toll continue to increase, but with little federal support.

Generations of Native Americans remained in the United States after surviving diseases like smallpox, colonization and massacres. Now, due to a lack of government healthcare funding, they are at high risk of contracting COVID-19. In fact, they are 3.5 times more likely to contract it than white people, according to the Center for Disease Control

When Congress passed the $2.2 trillion federal stimulus package, the Navajo Nation only received $714 million. Over the months it was distributed, it totaled “$4,552 per member on the reservation, compared with $6,703 per capita in stimulus funding nationwide,” USA Today reported.

Currently, 25% of Native Americans in South Dakota, North Dakota and the Great Plains region tested positive, according to The Indian Health Service federal agency. As cases increase, the Navajo Nation remains under lockdown.

It is important to note that compared to the rest of the nation, Native Americans are far more likely to have preexisting health conditions like diabetes and heart disease. Native Americans actually have the highest rate of diabetes in the United States due to a lack of nutritional food and healthcare resources.

The CDC urges people with pre-existing conditions to stay home, but for Native Americans that is a luxury many cannot afford. The National Women’s Law Center issued a report pertaining to this issue, examining just a small portion of Native American workers.

“Women are the majority of workers risking their lives to provide health care, child care, and other essential services, and Native American women are overrepresented in a variety of these occupations. They are also overrepresented in many of the occupations feeling the brunt of COVID-related job loss,” NWLC wrote.

Since one out of every three Native Americans live in poverty, not working is not an option either. Hence, Native Americans are more likely to contract coronavirus since they are the essential workers that are constantly coming into contact with others.

The Native American population is also worried over the possibility of the Supreme Court repealing The Affordable Care Act. The act “expanded tribes’ authority to run their own health care programs, provided for expansion of the IHS and community health care workforce, and included behavioral health and youth suicide prevention programs,” The Wenatche World reported.

Without Obamacare, Native Americans would be left without any health resources. While devastating during any time, it is especially detrimental in the middle of a pandemic.

With a lack of federally enforced COVID-19 regulations in areas with large Native American populations, a limited number of hospitals to treat those who contract the virus and a continuous obligation to work, coronavirus cases continue to rise for Native Americans.

Another unfortunate issue is that Native Americans lack broadband access. Because of this, they do not receive up-to-date medical information or public health updates related to the coronavirus. As telemedicine also becomes popular during the pandemic, Native Americans are unable to participate due to the broadband issue.

On top of all these factors contributing to rising cases, Native Americans in Minnesota now battle thousands of workers coming in to complete a pipeline project.

Though lawsuits are being raised, Enbridge Energy’s Line 3 proposal is being actualized through construction that began during the pandemic. Native Americans, environmentalists and health professionals are all fighting to stop the construction of the pipeline. With all these new workers, cases could potentially increase.

Despite any rising hope that the pandemic will come to an end soon due to Pfizer’s vaccine, Native Americans remain without the necessary resources and attention needed to reduce the high infection rates of COVID-19 among their population.