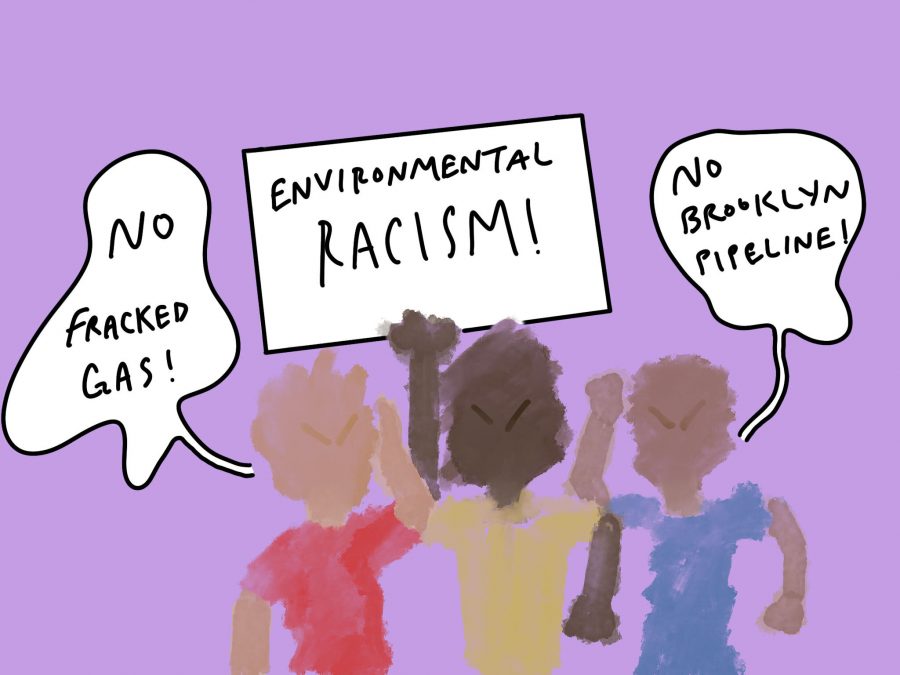 This is a big win for climate and racial activists, but immediate action must follow this from de Blasio and New York State Gov. Andrew Cuomo to stop the dangers of the fracked gas pipeline.

“Today, I am voicing my opposition to National Grid’s North Brooklyn Pipeline because we cannot justify the environmental impacts on the largely Black and Brown residents of Brooklyn associated with an unnecessary pipeline expansion,” de Blasio said in a statement on Dec. 3.

“Racial and environmental justice go hand-in-hand, and National Grid has failed to clearly demonstrate that this pipeline is needed to keep New Yorkers warm and safe. I am calling on them to withdraw this project immediately,” he added.

De Blasio’s statement comes too little too late, since the construction of the pipeline began in May 2017 and is set to carry fracked gas under Brownsville, Bed-Stuy, Bushwick, Williamsburg and Greenpoint.

Various activists have been advocating for the project to be terminated since its beginning due to the negative impacts it has on the environment and the health of the individuals living in these communities.

It’s not a coincidence that the neighborhoods in which the seven-foot long pipeline is being constructed are largely occupied by low-income people of color.

“This is another case of environmental racism,” Assemblyman Charles Barron told BKReader. “A pipeline through Brooklyn’s Black and Brown communities, and they want ratepayers to pay more to make up for the $185 million they need for it? It’s outrageously racist.”

Pipelines that carry fracked gas have a history of being unsafe. It could potentially leak or even explode, which can be detrimental to the health of those who live in these neighborhoods.

“Filed in the United State Pipeline and Hazardous Safety Materials Administration (PHMSA) from 2016-2018 there was an average of 639 pipeline incidents per year resulting in 15 fatalities, 72 injuries and a cost to the public nearly $600 million,” according to SANE Energy Project, a non-profit organization that opposes fracking.

The consequences that come from fracking are also a large concern toward the environment because it threatens wildlife habitats and water quality.

“In recent years, fracking wells have blown out in states like North Dakota. In another incident, thousands of gallons of fracking fluid leaked out of a storage tank in Dimock, Pennsylvania. And poorly constructed wells with cement problems can allow fluids or gas to migrate upward,” Vox report.

Others put more emphasis on the benefits that fracking has, which are focused primarily on the economy and power.

“Its efficiency has fed a massive expansion of drilling nationwide. It has also been a major source of new jobs over the last decade and helped make energy prices historically low” according to The Wall Street Journal.

Money and power cannot be valued more than human lives and the environment. National Grid’s pipeline is doing exactly that and it’s endangering New York City’s population and future.

Now more than ever de Blasio and Cuomo have to stop the construction of the pipeline before it is finished.

“We would like to see some more teeth, and things actually getting stopped,” Lee Ziesche, an organizer with No North Brooklyn Pipeline Coalition, said. “With this announcement, we’re expecting the mayor to stand with us and fight to make sure gas never starts flowing through.”

Thanks to de Blasio’s statement, the North Brooklyn Pipeline project will get more attention, which is a great stride.

Yet, it doesn’t stop here, and government officials aren’t the only ones who have a voice that matters and reaches others.

Anyone can join the movement by signing petitions, distributing information through social media on the pipeline and organizing with POC-led groups, like Frack Outta Brooklyn and SANE Energy Project.

If de Blasio meant what he said, then the toxic pipeline’s construction should be terminated as soon as possible.