If Cuomo cared about CUNY, he’d be supporting it instead of slashing its budget 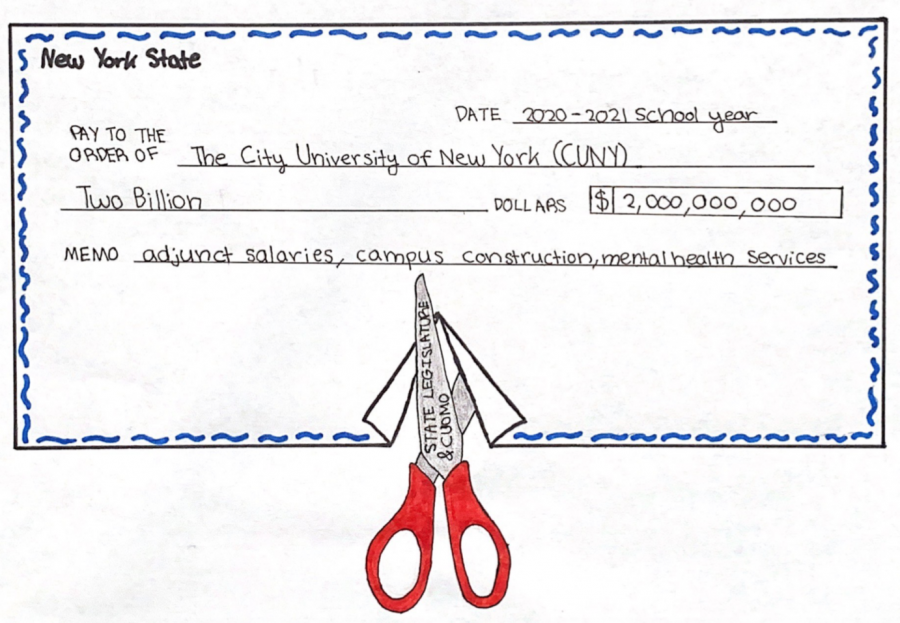 CUNY is under financial strain due to ongoing budget cuts, causing professors and students to suffer amid the COVID-19 pandemic.

The state of New York and those in authority should stop defunding CUNY. Instead, they should reverse the budget cuts and support the very institution that has shaped the lives of many New Yorkers.

“CUNY is the largest urban university system in the U.S., with 11 colleges and seven community colleges,” The College Post reported. “While based in New York City, 60% of funding is allocated by the state government.”

New York State Gov. Andrew Cuomo and state lawmakers approved a new budget for CUNY in April, but it is still suffering from ongoing budget cuts that impact the entire university system.

Nearly 3,000 adjunct professors have been laid off by CUNY, which has cut the number of classes offered to students. Class sizes were increased to make up for the professor shortage.

“Individual colleges are now operating on month-to-month budgets, unheard of in a system that always has a fiscal year budget to work from,” Gothamist reported.

Management of classes has presented itself as a challenge for professors as students continue learning remotely, which CUNY has announced to continue for the spring 2021 semester.

On Oct. 16, unionized CUNY faculty held a rally outside of Hunter College to demand that New York State reverse the CUNY budget cuts.

The Professional Staff Congress, the union which represents 25,000 faculty and staff at CUNY, has long asked for these changes.

“It’s a dramatic, devastating cut — a huge cut,” Barbara Bowen, the president of the PSC said, according to Gothamist. “It’s becoming increasingly damaging to CUNY.”

CUNY professors are uncertain of their job security as they’ve witnessed thousands of layoffs and class shortages. The COVID-19 pandemic has added an immense weight on not only their job but also their personal lives.

“To lose work, income and health insurance during a global pandemic creates a personal crisis for the people who make CUNY what it is,” Rose Squillacote, the PSC vice president for part time personnel, said in a statement.

If Cuomo cared for the CUNY system, he’d be supporting it instead of slashing its funding when everyone is being impacted either financially, emotionally or physically by the COVID-19 pandemic.

It’s unfair to the individuals that have served CUNY to be treated this way, especially considering that professors have played a vital role in keeping CUNY alive during the COVID-19 pandemic.

For students, these budget cuts puts their higher education experience in jeopardy, which also isn’t fair because of how much they’ve dedicated toward the CUNY system.

CUNY must not suffer any more budget cuts, or else the system could face long-lasting negative effects.