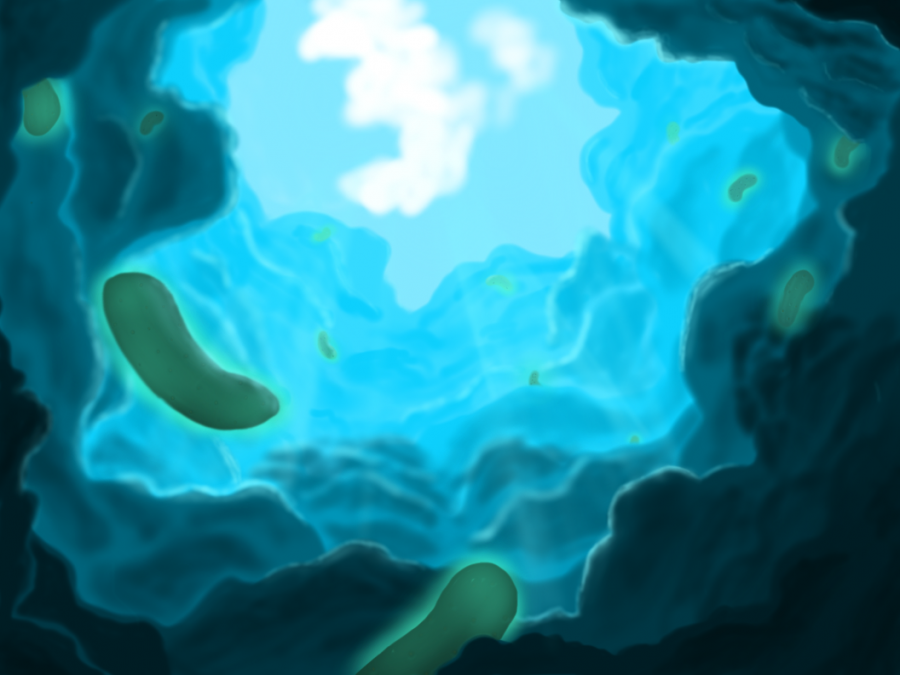 Baruch College professor David Gruber was testing a robotic arm in Brazil near the ocean when he saw a group of glowing sea pickles. After capturing seven sea pickles, Gruber observed them in a dark aquarium to test for their bioluminescence and figured out why they glow.

While sea pickles are more notably seen as one vertical organism, it is actually a pyrosome, or a colony of many numerous small animals. This pyrosome also happens to belong to the chordate family, which includes humans and vertebrates with a spinal cord.

The cylindrical creatures have a gelatin-like surface with a semi-transparent body under sunlight. When Gruber tried to stimulate the creatures, he moved them or took pictures in the dark which caused the glow to occur.

While examining the sea pickle’s genetic code, the researchers looked for a gene that causes the glow when interacting with a molecule. They found many that resembled the one they were looking for — luciferase.

To test if the gene was luciferase, they made a synthetic replica and tested its properties. They tested the gene with the molecule successfully and then witnessed a glow. Unlike other bioluminescent chordates, the sea pickles did not light up because of a symbiotic relationship with glimmering bacteria or from something they ate.

The luciferase gene was reported to be similar to one found in jellyfish. After looking at the gene found in the sea pickles which cause them to glow, researchers posed the theory that bioluminescent creatures could have a common ancestor.

The main issue with proving a theory like this, however, is the small number of observable creatures. Chordates that glow are often found in the deepest parts of the ocean and rarely rise to the surface. The fortunate observation made by Gruber’s team can be described as a rare occasion.

While the deep seas have constantly been noted as the most mysterious part of Earth, the discovery of the sea pickles glowing could help guide a bigger understanding of chordates in the seas. The depths of the ocean may be anything but dark with its bright creatures glittering as they swim, according to an article by Science Line.

On Earth’s ground floor, creatures like fireflies and glow worms are easy to spot and observe, but to think that they can be linked to the deep sea’s creatures is a remarkable thought.

“For hundreds of years, humans have encountered these strange animals that can make their own light like a firefly,” Gruber said. “It just feels cool to be part of this debate that has been ongoing for this long and to add another piece of information to it.”