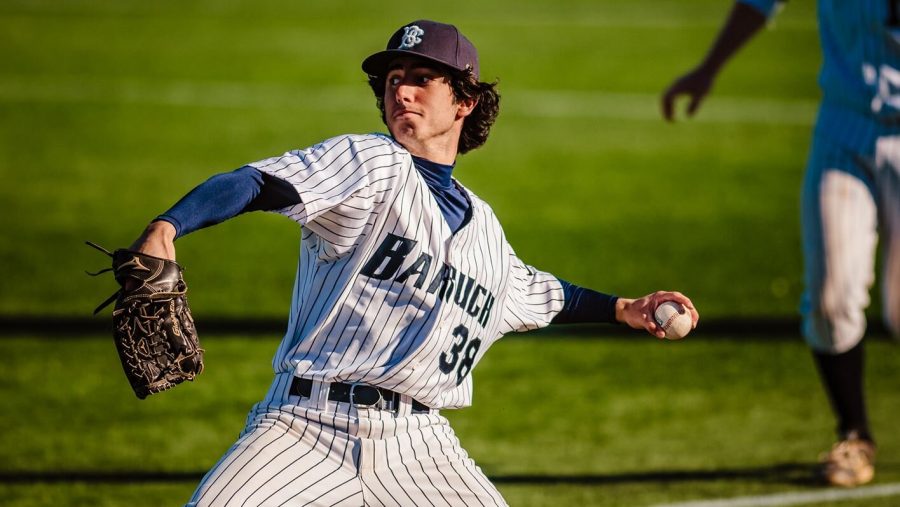 “Grand Army” is a show that follows the lives of Brooklyn high school students after a bomb goes off in Grand Army Plaza, just a few blocks away from their school.

The series is an adaptation of Katie Cappiello’s play Slut, which made it to Netflix’s Top 10 list in just four days.

On the show, Ippolito plays what The New York Post described as a “cocky, sex-crazed junior.”

He told The Post he got his inspiration for his role as Wright from his own high school experiences at West Islip High School.

“I knew a lot of kids similar to him, like the more hypersexual, irreverent kid in high school. I was just drawing on my experiences with those guys,” Ippolito said.

Ippolito also had role in the 2015 film Pixels in which he played a young Adam Sandler.

In his time at Baruch, Ippolito was a member of the 2019 men’s baseball team. He was also named the CUNYAC Rookie of the Week on the week of March 18, 2019.

He told Hollywood Life about his decision to go to Baruch and play baseball.

“One of the reasons I went to Baruch was because it’s a school in Manhattan. It’s on Lexington, and I figured that I would be able to continue pursuing my acting career and be able to get my degree and play baseball. I was trying to do everything,” Ippolito said. “I was auditioning, doing school assignments from professors, studying for exams, taking acting classes and scene study classes in lower Manhattan, working with a coach, and auditioning.”

Despite his success on the team, Head Coach Jose Torres said his season was cut short due to an injury.

“Unfortunately, his first year on the team was cut short due to a hand injury. I was not initially aware of his thespian aspirations until one of his teammates mentioned it to me during an early Fall practice in 2019.” Torres said in a statement to The Ticker. The Long Island native told The Post that he hid his injury on his audition tape for “Grand Army.”

“I broke my hand in a game, and my audition was scheduled a day after the procedure I ended up having, so I emailed my agent like, ‘Listen, I’m gonna have to take a pass on this.’ And my agent emailed me back, ‘How would you feel about sending in a tape?’ But I kept my hand out of the frame ’cause I didn’t want them to see I had a broken hand,” Ippolito told The Post.

Despite having to leave the team due to his injury, Ippolito’s teammates are glad he got the opportunity to play a lead role on “Grand Army.” According to Torres, Ippolito was studying business at Baruch.

“We are delighted that he was able to secure a big role in the Netflix series ‘Grand Army’ and wish him a long and healthy run on the show,” Torres added.