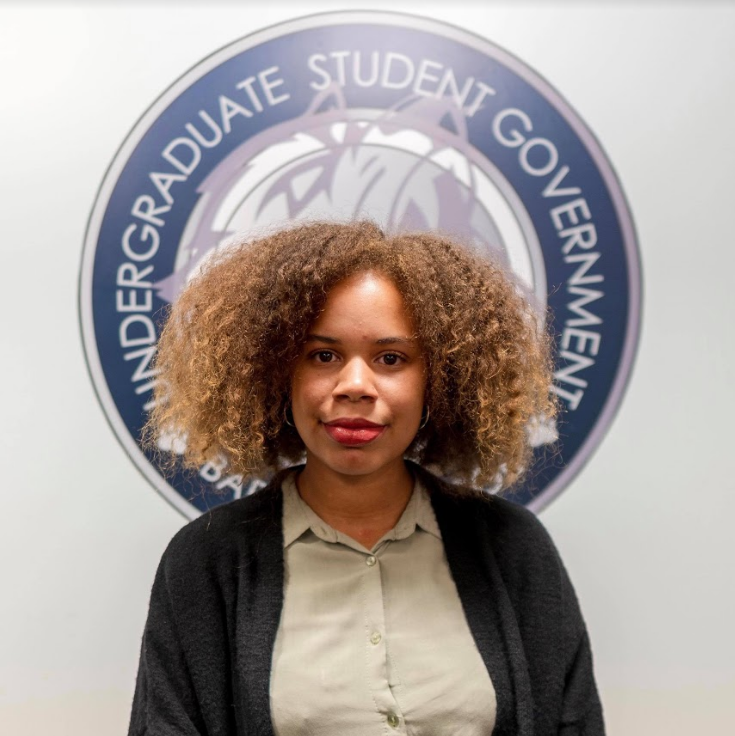 Going into the virtual semester, I realized that we couldn’t do the more traditional things the Undergraduate Student Government has been known for in the past.

As a leader on campus, I imagined a successful leader to be someone who realizes not everything can be accomplished in one term and is able to leave something behind for the next group of people to continue.

With that in mind, I began to think about what could be insightful to the Bearcat community yet also serve as a blueprint for future students to follow. The idea I came up with was a podcast series hosted by USG to give the Baruch College community something to look forward to bi-weekly.

My first task was to find hosts for the show. My goal was also to give elected board members the ability to get more involved within student government, since a lot of the boards meet with faculty semesterly, and even less frequently now that we are in a virtual setting.

To incorporate USG representative senators within this project, I recruited Raphael Berdugo, a senior majoring in economics, and Zariana Gonzalez, a junior majoring in English. Each of our hosts has unique personalities which would mesh well together for my vision of this podcast.

Our USG podcast is called “Bearcat Chit-Chat” and is streaming on major platforms such as Spotify and Anchor. In each episode, the host talks about certain topics that impacts the Bearcat community at the time.

The first episode, called, “Bearcats Chit-chat on surviving your first year at Baruch,” was mainly aimed toward first-year students with the ins and outs of Baruch.

The overall vision is to build a following, have students ask questions and feature different guest speakers on the podcast.

Stay up to date with Bearcat Chit-Chat by following our Instagram @Bearcat.Chitchat to see when episodes will be coming out, as well as sending us questions you want answered in the episode.

In the future, I hope we can one day record an episode in the WBMB studio, but for now, Zoom is our best option!