The Great Hope for New York sports fans rests on the shoulders of the Brooklyn Nets? 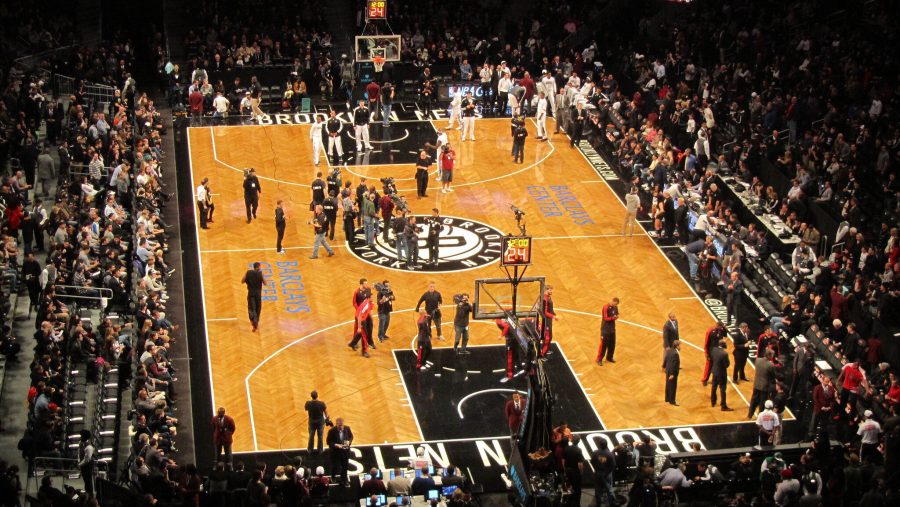 New York sports have been a complete dumpster fire this year.

On the football field, the Giants have just one win and Saquon Barkley tore his ACL and is out for the season. The Jets, with a starting backfield of Joe Flacco and Frank Gore, are the only winless team and the laughingstock of the NFL. On the diamond, the Yankees had a disappointing exit to the shortened 2020 season, losing to the Tampa Bay Rays in the American League Division Series, and the Mets, well, they are just the Mets.

And who could forget the Knicks. Is there really anything good about the Knicks? The Knicks will simply be a disappointment forever as long as the owner stays in charge.

With all that being said, there is one team that shows some promise — the Brooklyn Nets.

Even though the Nets lost in the first round of the 2020 NBA playoffs to the Toronto Raptors, there are plenty of reasons for Nets fans to be hopeful for the future, with two reasons being Kevin Durant and Kyrie Irving.

Both Durant and Irving signed with Brooklyn in the summer of 2019. When this news finally broke last July, it shocked nobody but Knicks fans, who were left disappointed and heartbroken after another whiff in free agency.

Even though Durant and Irving give the Nets two legitimate superstars, their injury history leaves many people skeptical as to how good they can really be.

Durant hasn’t made his debut for the Nets yet because of an Achilles tear he suffered in Game Five of the 2019 NBA Finals. On the other hand, Irving was having the best statistical year of his career until injuries got the better of him.

Irving has suffered 23 injuries through his eight-year career. Durant also has a rough injury history of his own, suffering 12 injuries during his 12-year career.

The two are not necessarily injury-prone, but they have proven not to be the most durable players, like LeBron James or James Harden.

Adding to the injury concern, Durant and Irving have received a reputation through the media as being locker room “cancers” to a degree, especially Irving.

Irving has gone from being on the top of the mountain in 2016, when he hit one of the greatest shots in NBA history in Game Seven of that year’s NBA Finals that won the Cavaliers the title, to being a laughingstock on social media for everything that he has said and that has been reported on him.

When Irving was a Celtic, he told a crowd of season ticket holders, before the 2018-2019 season started, that he planned on re-signing in Boston. Four months later, when asked about his looming free agency, Irving said, “Ask me July 1.”

When the time came to make his decision in July, Irving picked Brooklyn over Boston. So much for re-signing in Boston.

Irving has called out teammates, coaches and the front office. He has said that the Earth is flat, and he even had the unmitigated gall to disrespect Thanksgiving.

If any of those should alarm Nets fans, it should be the last one. Who doesn’t love Thanksgiving?

On the other hand, Durant has not said as many cringe-worthy statements as Irving, but he is a close second in terms of NBA players who need to watch what they say.

Because of this, Durant and Irving could eventually get sick of each other, creating a divided locker room and ultimately ending in the departure of one or both superstars.

With all that being said, the Nets are a legitimate contender next season. The truth of the matter is that Durant is still a top-three player in the NBA.

Critics feel that Durant will never be the same player after his Achilles tear. That would be true if his entire game was predicated on his athleticism, but it is not.

Durant’s athleticism will be affected, but he is more reliant on his height, his length and his jumper than his athleticism.

Nobody can block his jumper because of how tall and lengthy he is. Durant is still going to be able to get to his spots.

In his sleep, Durant can average 25 points per game. There should be no question that he will be the Durant of Gold on the offensive end.

During his time in Golden State Warriors, Durant really improved as a defender. He became a legitimate rim protector by playing incredible help defense, blocking and altering shots.

He is not a very quick player, but he has a very quick first step. This helps him stay with quicker guards and forwards, as well as the ability to quickly recover from a defensive mishap by his teammates.

However, if his first step is not the same as it was pre-injury, then Durant may struggle against quicker players.

As for Irving, he may say some crazy stuff, but when healthy he is one of the best guards in the league, if not the best.

Irving is in a similar role now that he was in Cleveland with James. The defense cannot focus all their attention on Irving with Durant on the floor, so Irving has space to do what he does best — play iso-ball against a singular defender.

The Nets are built similarly to the Los Angeles Lakers, the team that just won the 2020 NBA Finals. The Lakers have the best duo in the NBA, James and Anthony Davis. The Nets might be second on that list with Durant and Irving.

The Lakers supporting cast is not that great. If James and/or Davis were playing a subpar game, then it was incredibly hard for the Lakers to come out with the win.

The Nets, on the other hand, have a better supporting cast than the Lakers, by far.

As long as Durant and Irving are healthy, there’s no reason not to think this team can’t win the title next season.