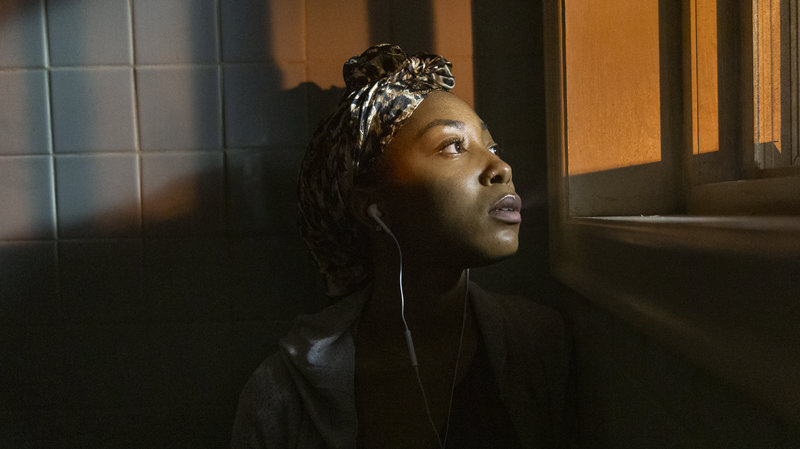 Grand Army is not what one would expect from a regular teen drama. Based loosely off of Katie Cappiello’s play SLUT, this show is equally powerful and absorbing. The writing is exceptionally raw and does not opt for shock value or superficially gloss over topics. Instead, the show’s layered plots whirl into depths of current social issues like sexist dress codes, hypocrisy in allyship, sexual assault, the over policing of Black people, immigration issues and gentrification in Brooklyn.

This series sets itself apart by being more relatable than shows like Euphoria or Degrassi while not taking itself too seriously. Imagine Luca Guagdagnino’s We Are Who We Are and Micheala Coel’s I May Destroy You had a love child — except in New York City with subway performers, rumors, vaping teens, fake IDs and underage piercings all during the anxiety provoking time that is high school.

This series does an excellent job in its portrayal of New York City youth. It does not try to force the viewers into a made-up New York fantasyland. For once, they depict diversity with accuracy and the cast is not completely whitewashed à la Friends.

It also does not participate in the classic tokenism of characters of color in white-centric shows. Characters found throughout the show include an out-of-touch transracial Chinese adoptee going through bitterness from an urge to be accepted, a Haitian student having to grow up too fast due to poverty and familial obligations and South East Asian first generation kids suffering between two worlds and battling with preconceived notions of who they should be.

This series makes the viewer sit at the edge of their seat after every episode, clinging on to see what will happen next.

The acting on Grand Army is so natural and crisp,- that one can barely tell which actors are trained and whose first time this is on the scene. One of the actors, Anthony Ippolito, who is a Baruch College alumnus, blends in well with his scary character. On his profile for Baruch’s baseball team, Ippolitos stated and manifested that his “Major is undeclared…Career ambition is to be an actor.”

Stylistically, Grand Army masters its aesthetic with scenes of cartoon imagery that are perfect additions and compatible music from artists like Jai Paul, Kacey Musgraves, Vince Staples and more.

One of the issues in the show is that it tends to over-sexualize the depicted underage girls in some scenes. One particular character’s frightening and ultimately psychotic development is worrying in its portrayal. There have also been allegations from screenwriter Ming Peiffer on Twitter that she and two other writers quit the show due to “racist exploitation and abuse.” Netflix and the show have yet to comment.

Beyond these issues, each episode is titillating, and the entire series is bingeable in one night. It does exactly what is meant to do by toggling with emotions and empathy, making it easy to feel for each of the characters. Grand Army holds nothing back, and poses itself as Netflix’s new vidette.