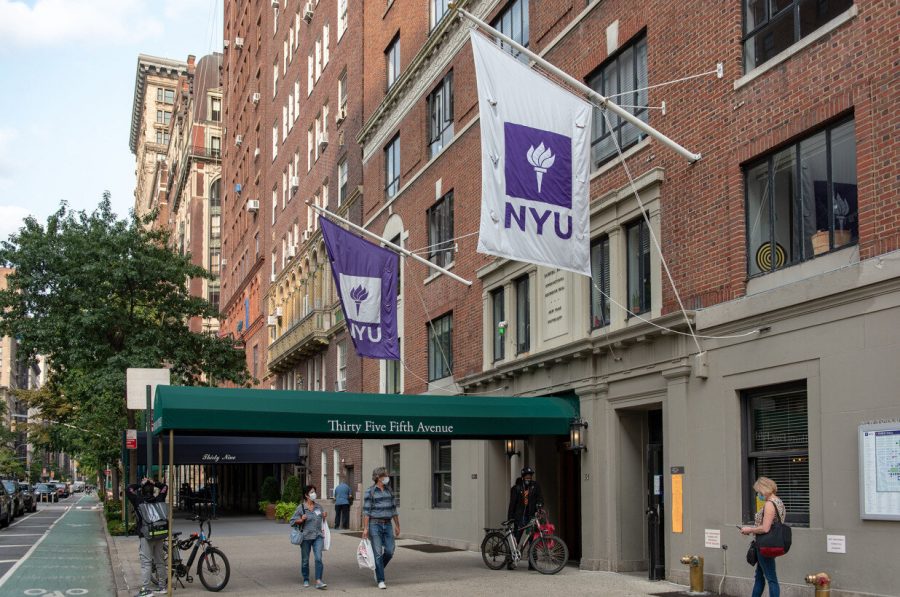 On Sept. 28, nearly all staff members of New York University’s student newspaper, The Washington Square News, resigned. The decision was made after disputes and tension with a new faculty advisor, Dr. Kenna Griffin.

“This was extensively deliberated in collaboration with 43 staff editors, and it was not a decision we enjoyed making,” the WSN staff wrote in an editorial announcing their resignation.

WSN’s letter featured a long list of grievances against their faculty advisor’s behavior, as well as the demands that must be met for the staff’s return.

Three weeks ago, Griffin fired the Editor-in-Chief without warning. The publication’s board failed to name the successor, which forced WSN to operate without a leader and editorial representation, contributing to an atmosphere of uncertainty.

The staff alleged that Griffin was unnecessarily disrespectful, belittling and harsh toward them while giving criticism. She failed to adjust her behavior constructively when asked to do so by the staff.

“This led to a vicious cycle in which we could not please Dr. Griffin and so she would lash out at us, which in turn would lead us to produce poorer work which did not help,” the staff wrote.

Griffin was also accused of committing acts of transphobia and racism, as well as rejecting the need for disclaimers, trigger warnings and gender-neutral language.

The staff demanded that Griffin resign for them to return. They also demanded changes to WSN that would increase transparency, communication and balance of authority between the staff and the publications board.

The letter listed certain requirements an individual must meet to become the faculty editorial advisor, as well as adjustments to the role’s abilities and power. On Sept. 30, the remaining members who did not resign — WSN’s news desk — published a statement. While they mostly agreed with their former colleagues and denounced Griffin’s behavior, they differed in their approach.

“We refused to resign because the decision to do so was premature; other methods of effecting change, such as contacting WSN’s board and the journalism department or striking, weren’t considered,” they wrote.

The news desk sent to a letter to faculty professors and department heads on Sept. 28 with their requests.

A member of the advisory board has replied, but they are awaiting a response from the chair of the journalism department.

Production has been discontinued until they enter further negotiations regarding WSN reform. If no progress is made, the remaining members will join their former colleagues in resigning.

Journalism professor Emily Johnson is a faculty advisor at Baruch College’s Dollars & Sense, an online publication that operates within the journalism department. Similar to WSN, it is built on relationships between student journalists and faculty advisors.

She offered her thoughts on the WSN staff standing against anti-racism and up for the freedom of the press by students.

“In a year when a lot of newsrooms are having very important and long overdue conversations about how to cover racism, while also grappling with their own, it is great to see student journalists take a leadership role in these conversations and standing up for a free and independent student press,” she said.

Johnson also spoke to her own experience at Dollars & Sense, stating that they strive to support their students in leading the coverage.

“It is something that we are conscious of, trying to strike that balance of being a resource and letting the students drive the editorial decisions,” she said.

Griffin and the former Editor-in-Chief have yet to release any statements on this matter.