BLACKPINK ranges from lush to lacking on The Album 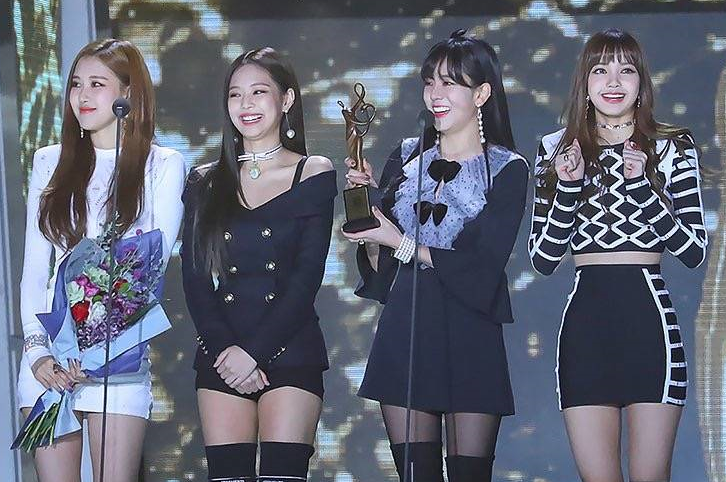 In late 2019, fans of K-pop group BLACKPINK grew tired of the group’s label YG Entertainment’s lack of promotion. BLINK, which is the name of the fandom, came together to buy a truck-driven billboard outside YG Entertainment’s headquarters listing, “Blink Demands for BLACKPINK.”

With the grassroots initiative loud and clear, YG Entertainment has made well of their promise in 2019 to listen to fans and reinstated more attention for BLACKPINK this year.

With the unexpected feature on “Sour Candy” in Lady Gaga’s sixth studio album Chromatica, the release of BLACKPINK’s pre-title track “How You Like That” and the unexpected Western collaboration track “Ice Cream” with Selena Gomez, 2020 has been a jam-packed year for the global girl group. And the highly anticipated debut album The Album is the cherry on top.

However, upon listening to The Album, it became clear that the storytelling style of the group has not transformed. The name of the group also represents their music, having tracks that are either on the black, edgy and hard-hitting, or pink, soft and girlish. This represents the diversity that the girls can encompass in their music.

Despite the promises, YG gave listeners an album that had a running time of 24 minutes and only six new songs, making The Album seem more like “The EP”. Many of the songs feel rushed. “Bet You Wanna,” featuring Cardi B, did not sound complete. The redundancy of the lyrics coupled with the fact that Cardi B’s verse sounded as if she was at a children’s camp bonfire, forced to perform. It was underwhelming that it had no hook and was simply relying on the featuring name to be the saving grace of this track.

“Crazy for You” is a song that oozes confidence and a sense of sensuality. It is also one of the songs on the album that has the shortest track time with only two minutes and 42 seconds. What makes this track bland is the underwhelming chorus from the build-up. The pre-chorus is filled with a staccato string instrument that heightens the anticipation but is then let down with the tepid chorus.

Not all songs on the album lack BLACKPINK’s signature flare. The track “Lovesick Girls” sheds the empty chorus in favor of a heartfelt plea that they are in fact, lovesick. It was also a great surprise for the BLINKs to see fellow members Jennie and Jisoo credited as writers for the title track. The hype for this track was not in vain, as it set the bar for all their future songs.

While “How You Like That” and its predecessor “Kill This Love” focus on the choreography rather than the group’s vocal talent, “Lovesick Girls” emphasizes the vocals with the chorus. The ending line sung by Jennie puts an ominous yet sorrowful tone to the song, as the electronic beat shifts to an acoustic guitar playing while she sings, “But we’re still looking for love.”

In all the past EP’s, while a majority of the B-sides were upbeat and offered a flirtatious flair with their beats and lyrics, often the last track would be somber yet melodic that offered the listeners a chance to hear the vocals of the girls. Thus, it was no surprise that the last track on the latest album, “You Never Know,” takes a somber turn with the usage of pianos and orchestra instruments to illustrate a heart-breaking story.

The lyrics of the song are heart-shattering, and the centerpiece of the song is when Jennie and Rosè sing in the chorus, “But you’ll never know unless you walk in my shoes…’Cause everybody sees what they wanna see, It’s easier to judge me than to believe.”

There’s a clear emphasis on the chorus as the piano that accompanies the pre-chorus suddenly shifts to percussion. It’s the first time in a song where they aren’t asserting their confidence to invalid criticism. Rather, it’s an insight into the reality that the members face. It’s a tale as old as time, but it’s shocking to hear it from a girl group that has built a front that they simply do not care about what anyone has to say. “You Never Know” is the antithesis of “Pretty Savage,” not only in lyrics but also in instrumentals that should be explored more rather than use redundant beats and messages. This track was the epitome of saving the best for last.

Music-wise, there is stagnation that didn’t shake itself off during this album. While tracks, “Lovesick Girls” and “You Never Know” change the game for BLACKPINK, some of the other tracks sound like dated pieces that should’ve been released back in 2016 on their debut EP.

While this album gives a good first step into letting the listeners know more about BLACKPINK, it is too early to say that musically, they are the revolution in the ever-growing market of K-pop.