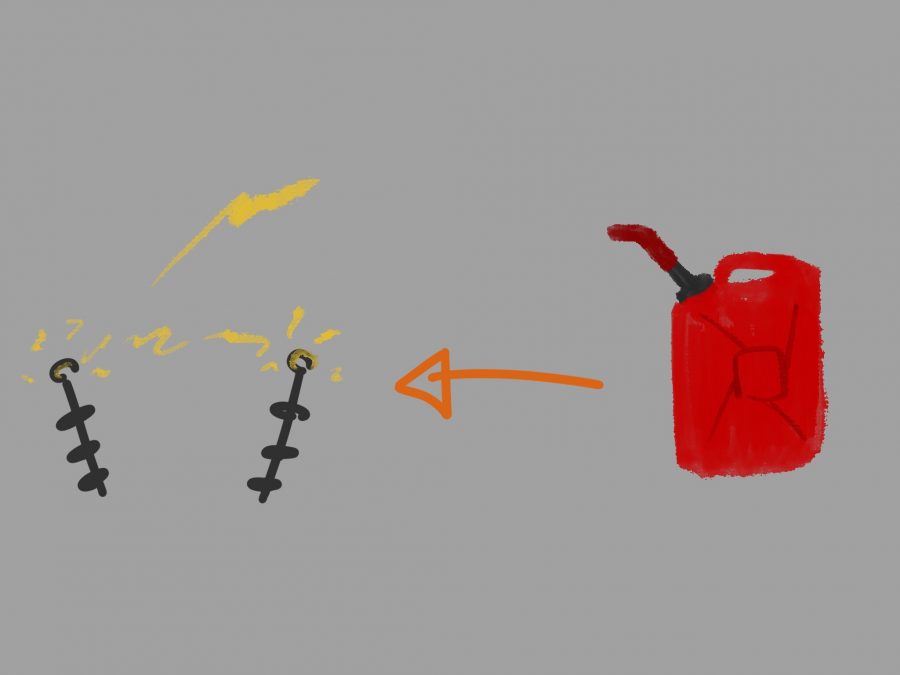 California Gov. Gavin Newsom signed an executive order on Sept. 23, pledging that California will have 100% of new in-state vehicles sold as “zero-emission” by 2035 in an effort to battle climate change, following the state’s “worst wildfire season on record.”

In the order, Newsom stated that new gasoline powered vehicles are banned from being sold, but residents that already own and sell traditional vehicles are allowed to keep their cars and sell them used. This ban primarily targets the future of the auto industry because the new cars created will ideally be zero emission if California is able to meet its goal.

The order also claims California should have emission-free medium and heavy-duty trucks by 2045. Newsom felt an obligation to achieve reduced greenhouse gas emissions to minimize the state’s carbon footprint and has assigned the California Air Resources Board to develop the regulations that will mandate the automobile industry shift.

The state predicts the move will make a 35% reduction in greenhouse gas emissions and a 80% reduction in certain toxic fumes found in vehicle exhaust, Desert Sun said.

The transportation sector makes up over half of the state’s carbon pollution. Consequently, Newsom felt it was imperative to aggressively address global warming because it posed many health and safety challenges for Californians. “Californians shouldn’t have to worry if our cars are giving our kids asthma,” Newsom said.

The former Gov. Jerry Brown had issued an executive order back in 2018, asking for “carbon neutrality,” in which California had to remove “as much carbon dioxide from the atmosphere as it emits,” by 2045 according to NPR.

California has experienced some of its worst disasters in recent years due to climate change. This summer marked their “hottest August on record,” NPR said. Five out of 6 of California’s biggest fires in its history occurred in August, including the August Complex and North Complex wildfires.

The heavy manufacturing and engineering landscape of California has contributed to its “high-impact” disasters, The New York Times acknowledged. That information, coupled with the fact that California has about 39.51 million residents, the highest population in a U.S. state, creates extreme climate events. Compared to the 2019 wildfire season, there were over 3,000 more structures destroyed or damaged and over 3.4 million more acres of land burned in 2020.

These events are projected to worsen if climate change continues. An estimated 77% increase in area burned and a 31% to 67% of beaches in Southern California eroding are both possible by 2100. Soil is also expected to lose moisture if emissions aren’t reduced. The acceleration of global warming is also caused by the change in rain patterns and the longer fire season.

Members of the car industry have given mixed reviews about the executive order. In fact, Ford spokesperson Rachel McCleery agreed that Newsom needed to take “urgent action,” but CEO and President of The Alliance for Automotive Innovation John Buzzello said, “neither mandates nor bans build successful markets,” according to Desert Sun.

Although Newsom is working towards improving the quality of life for Californians, he has been met with opposition from citizens and some politicians. “So let me get this straight. I can’t run my air conditioner in California during the summer for the lack of power. And Gov. Gavin Newsom wants everyone to be plugging in their millions of electric cars?” one person commented to the Wall Street Journal.

Additionally, some also argued that the ban on gasoline and diesel vehicles may limit the consumers’ choices for cars they want to purchase. “Has anyone bothered asking the public whether it wants electric cars? We are the ones who buy those vehicles, so shouldn’t we have some say in the matter?” another user wrote.

“This is yet another example of how extreme the left has become,” White House spokesman Judd Deere said, according to Politico.

Newsom added to the criticism and claimed he’s not “taking anything away,” but rather just providing “an abundance of new choices.” In a “Now This” video that he tweeted, Newsom stated he expects “the usual pablum, somehow we’re taking something from people or we’re denying people choice, when in fact we’re accelerating innovation.”