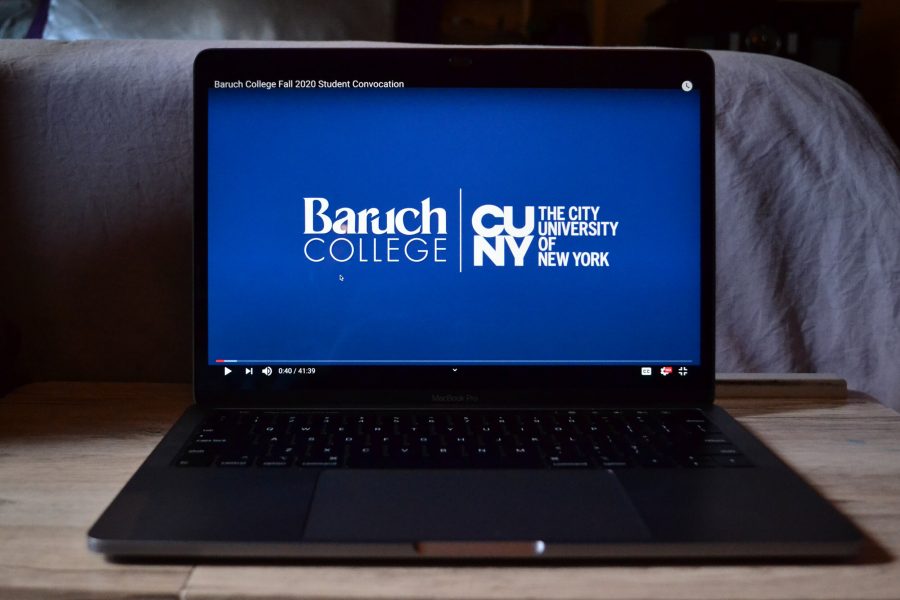 The event, which was livestreamed on YouTube, featured messages from the college president, S. David Wu, keynote speaker and author Bridgett Davis and Vice President of Student Affairs Art King.

The Class of 2024 consists of students hailing from 578 different high schools from all five boroughs in the city. A number of other states and countries are also represented in the incoming class body.

Wu, who just started his tenure as the eighth president of Baruch, welcomed the incoming class with his thoughts on these unprecedented times, while reassuring students that they belonged at Baruch.

“We begin our Baruch journey together, during a challenging time,” Wu said. “COVID-19 has turned our city and our world upside down, and many in our community are suffering from a major economic fallout. This is combined with a national reckoning of racial inequalities in our society.”

He continued, “Baruch is known to be a trailblazer and we will be in a position to lead.”

Wu encouraged students to use the tools at Baruch to have a positive impact on New York City post-pandemic.

“You will also be able to bring New York City back from the wreckage of COVID and shape its future,” he said.

Despite the virtual format of the semester, Wu encouraged students to still get involved in the school community and directed their attention to the various clubs and events being held virtually, and other remote services offered by Baruch.

The keynote speaker was Professor Bridgett Davis, author of the critically acclaimed book “The World According to Fannie Davis: My Mother’s Life in the Detroit Numbers.” The book served as the first-year text for the Class of 2024 and discusses the racial divide in American society.

Davis discussed the struggles her mother endures in the book as an African American woman in the United States and encouraged students to take the lead in becoming warriors of justice.

“The protests that blossomed throughout the country this summer have been a beautiful thing to behold. Many of you likely participated in marches and rallies in your own communities and I applaud you. After all, this is your generation’s civil rights movement,” Davis said. “But protests are one way to fight for equality, not the only way. Speak up, speak out.”

The event concluded as Baruch’s acapella group, the Blue Notes, led the incoming class to sing the Baruch Alma Mater with them.