Looters take over $10,000 worth of merchandise in a night as protests escalate 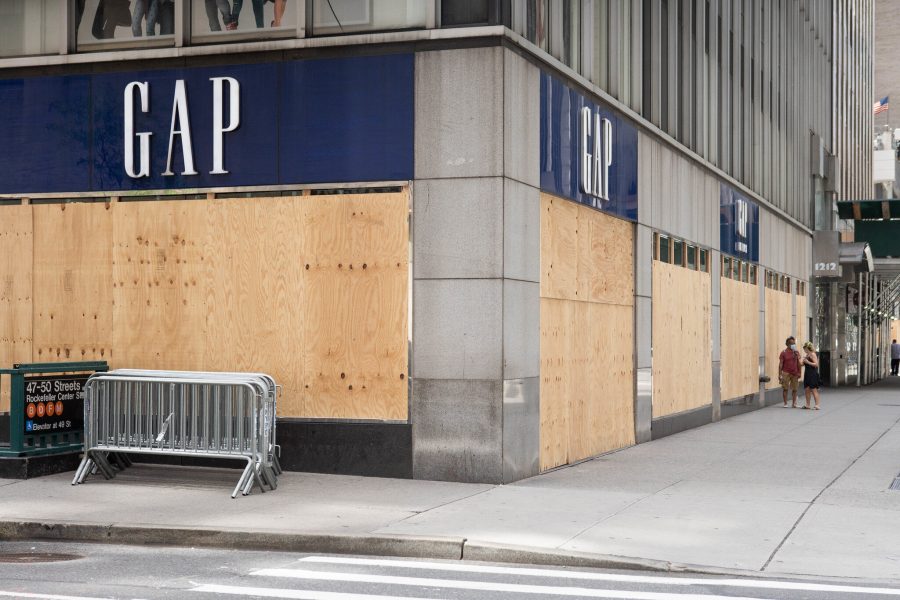 Around 450 businesses in New York City, primarily luxury and high end, were looted and damaged during the protests following the murder of George Floyd, an African American man who was killed during police arrest.

Although a majority of the Black Lives Protests were peaceful, lootings were an exception. Protesters who engaged in looting targeted neighborhoods known for being wealthier like SoHo, Fifth Avenue and Madison Avenue. Chanel, Prada, Hermes, Gucci and Macy’s Herald Square store were among the businesses whose windows were broken and products were stolen during the looting.

“People walking past us with laundry bags full of things, four or five sneaker boxes,” New York Police Department Chief of Patrol Fausto Pichardo said to CNN about the looting.

“Fires were set, including some police vehicles and buildings and buildings were vandalized with graffiti tags or simply had their windows smashed,” CNN reported.

The NYPD struggled to contain protesters because they were not able to identify everyone involved in the lootings and they didn’t know exactly how the looters organized their plans.

“If a couple of hundred people knew to be in a certain place at a certain time for criminal activity and we didn’t detect that, that’s on me. We’ve gone back looking for ‘where was the Facebook page, where was the chatter in the places where we monitor gang’s social media’ and we still haven’t seen it,” NYPD Chief of Counterterrorism and Intelligence John Miller said.

The NYPD confirmed that there were at least 700 people arrested through the night on June 1.

In addition to luxury store looting, small businesses and mom-and-pop shops also suffered. “Many of the vandalized stores were already closed due to the pandemic, and now many, especially the mom and pop shops that were hit, may never reopen again,” CBS reported.

However, Business Insider mentioned that the looting of the luxury stores is related to economic inequality. Some protesters emphasize that luxury brands represent exclusivity. Within the last few months, millions of Americans filed for unemployment, but CNBC found that America’s billionaires had collectively become $434 billion richer.

In response to the tension between the police and the public, and the looting, some brands have used social media or have donated money to show their public denouncement of racism.

Gucci directly addressed the protests by posting a poem about ending racism on Instagram and changed their bio section to say, “The #GucciCommunity shares the ideas of @Alessandro_Michele’s creative vision of inclusivity, diversity and the freedom to be who you are.” Versace posted #BlackLivesMatter on Twitter and Nike posted on Twitter that they pledged $40 million to support the black community.

On the other hand, in the days following the looting, Louis Vuitton chose not to comment. Instead, the company posted tweets about their new bag collection campaign.

Macy’s was fortunate to reopen stores and to have customers returning in large enough numbers that decreased operating losses from $1.1 billion to “only” $969 million from February to May, CNN reported.

Still, many small business owners are unsure if the destruction will be covered by insurance, which may delay the reopening of businesses