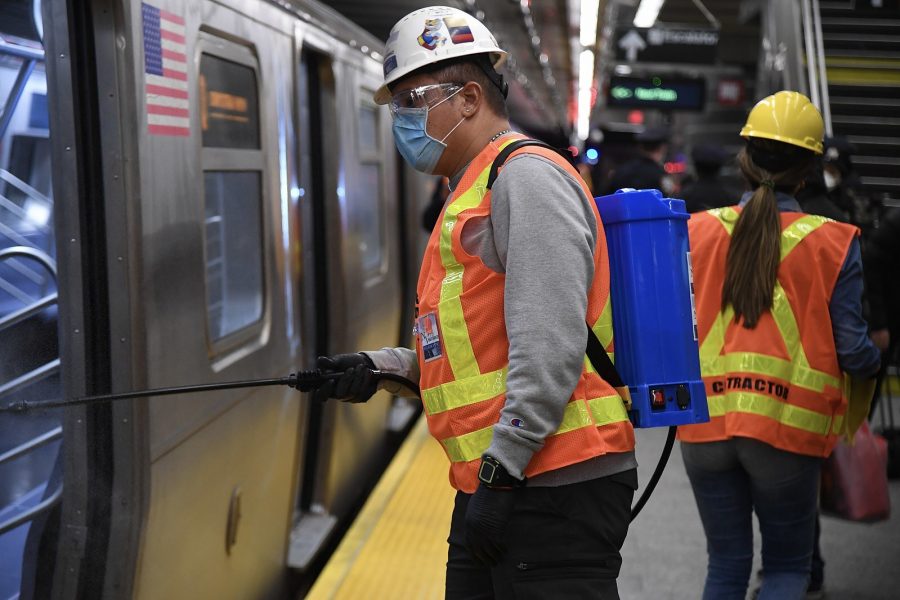 Recent passengers of the MTA’s trains have noticed a far cleaner environment in the cars than ever before — some of the returning passengers have even described the cars as being lemon-scented.

While New York City was locked down, over 90% of the subway’s daily riders abandoned the subway, leaving the usual 10 train cars with only a dozen passengers between them. Despite the city’s reopening, Manhattan, which is typically the busiest borough during rush hour, has experienced no major influx of passengers.

After the official opening of businesses in the five boroughs, the MTA had carefully planned to ensure the safety of returning passengers and efficiency of transportation. The MTA is pushing for more subway cars and buses in service to decrease the amount of crowded groups, and in turn reduce the spread of the virus.

Trains in Manhattan will increase their usual service by 75% and the Metro-North’s service will also increase by 60%. Long Island Railroad trains will work at around 90% of what they used to.

An extension of 60 miles to bus lanes have also been suggested to Mayor Bill de Blasio.

To ensure that all passengers wear masks, there will be several officers employed to patrol trains and platforms. Stations will also include hand sanitizing stations, floor markings and vending machines for masks.

Another key to the safety of passengers is proper ventilation in subways to disperse the droplets that the virus could spread through.

Dr. Robyn Gershon, a professor of epidemiology from New York University’s School of Global Public Health, encouraged riders to not use gloves on the subway. Gershon reasons that by using gloves to handle things like a phone or MetroCard after holding a subway pole, the passenger could inadvertently contaminate everything they grasp.

Gloves are also more prone to sustaining the virus and transmitting it. Gershon suggests that instead of gloves, subway riders hold on to the poles with a disinfectant wipe and then immediately wash their hands when they exit the subway.

If passengers are going to continue using the MTA, health experts and employers suggest that commuters plan to commute one hour earlier than usual in case they have to board the next bus or train. The MTA will continue to try to keep trains as clean as possible by closing during the hours of 1 a.m. to 5 a.m. for deep cleaning done with ultraviolet technology.

While the use of the subway is being greatly improved, many health experts advise to look for other forms of commuting that involve being outdoors. The risks of getting infected with the coronavirus when in an outdoor environment are far less when compared to being inside a subway car.

Walking or biking are currently the best options for commuting to limit the potential spread of the virus.

When the usual 5.5 million riders of the subway start to commute again in full force, it will be imperative for safety guidelines to be followed by all passengers. With masks, sufficient hand washing and patience on subways, the risk of contracting the virus on the train can greatly diminish.