Christo leaves behind a larger than life art legacy 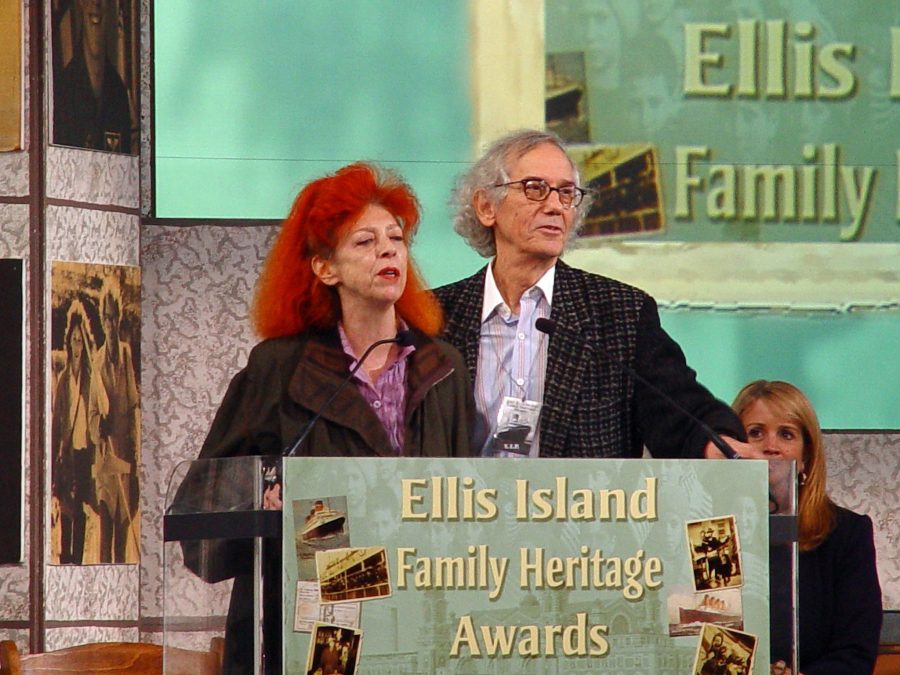 Christo Vladimirov Javacheff, the modern, conceptual and environmental artist better known as simply Christo, died on May 31 of natural causes in his home. He was 84 years old.

Christo is best known for his large, site-specific art installations with Jeanne-Claude Denat de Guillebon, his late wife. Together, they completed 23 projects, including the very famous “Wrapped Reichstag,” in Berlin, Germany.

Christo’s work “served as temporary monuments to beauty, and to the triumph of vision,” according to an article in The Atlantic.

Importantly, the projects he did were temporary. The short time period to see the installations coincided with his desire to make people think deeper about how they’re perceiving art and landscape.

His works “celebrate the power of the individual to exact their will upon the physical world, for the sheer pleasure that aesthetics presents,” according to Dazed.

Christo is from Bulgaria and his wife is from Morocco. The couple first met when Christo was paid to paint a portrait of Jeanne-Claude’s mother in 1958. After their first show in Cologne, Germany, they began consistently collaborating.

One of the famous pieces they collaborated on was a wall of barrels called “The Iron Curtain” in 1962. To create this piece, Christo and Jeanne-Claude closed a street in Paris by creating a barricade of 89 oil barrels as a way to protest the Berlin Wall.

He also liked the idea of people being able to have or see “the real thing.” Christo and his wife decided to wrap their projects in fabric. The addition of the fabric helped to elevate the fragility and sensuality of the pieces.

Christo was more in charge of getting the funding for the public projects, while Jeanne-Claude focused on logistics. Christo would raise money by selling his drawings and several other works, The Washington Post reported.

However, the couple had joint ideas about their projects.

“It was always our assertion that we have to borrow that space and create gentle disturbances for a few days. We inherit everything to that space so that it is part and parcel of the work of art,” Christo once said. He thought of the spaces he used as an inheritance that becomes part of the art he created.

Arguably, one of the most famous installations they’ve done in the United States is “The Gates,” which included over 7,000 structures that became gates with brightly colored fabric, lining 23 miles in Central Park. This project took many years to execute, but the results attracted millions of people to Central Park to view and appreciate the structures. Although “The Gates” only lasted for 16 days, it was clear how much work he put into the project.

Christo was able to pull off the impossible. As one of the most successful artists of the 20th and 21st centuries, Christo traced his roots to art school in Bulgaria where he developed his unique perspective.

Christo hoped that viewers of the projects could still see and feel the works in their memory, even when the physical projects were taken down.

The point of their vision wasn’t to make things that could stand grandly outside of museums or in the marble atria of office buildings; it was to prove instead that colossal, difficult, complicated schemes could be realized for no other reason than to make the world more beautiful,” Gilbert said about the couple’s work.

Throughout his career, Christo has had 19 films made about him and his wife and their work.

Despite Christo’s death, his legacy lives on through his next project, “L’Arc de Triomphe, Wrapped,” which is happening in September as planned.

His iconic works have garnered praise from art critics and experts all throughout his career.

Dr. Doris Maria-Reina Bravo said that the art was “a complex testament to two controversial topics in contemporary art: how to create meaningful public art and how art responds to and impacts our relationship with the built environment.”

Art critic Jacob Baal-Teshuva said the work “was one of the most unforgettable and poetic sights art has produced in modern times.”

One Twitter user tweeted, “A visionary, able to create living dreams. Thank you for the wonderful moments you made possible. #Christo,” in response to hearing about the artist’s death.