Rangers (Late) season Awards: The Best Players and Moments of the Blueshirt Year 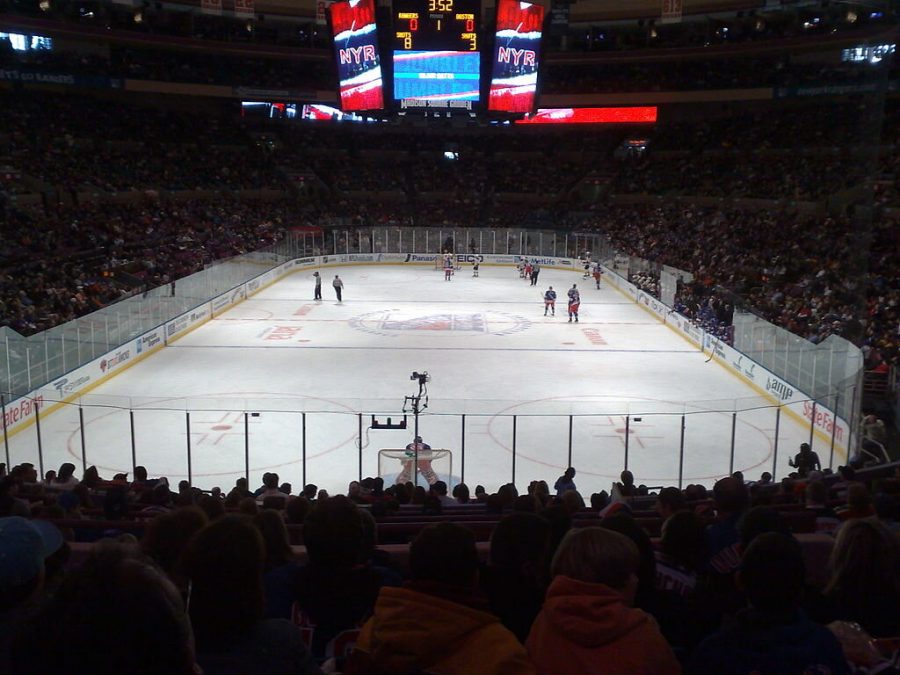 After missing the playoffs for the past two seasons and having an offseason for the ages, the New York Rangers had their sights set on accelerating their rebuild and to get right back into playoff contention. This past offseason had Blueshirts fans raving and optimistic about their team’s future, and rightfully so. They made marquee free agent signings, blockbuster trades and had the second-overall pick in the NHL Draft, their highest draft pick since 1966.

Despite a slow and inconsistent start to this season, the Rangers showed flashes of a team that had the pieces for an elite playoff team moving forward. Fast forward to after the All-Star break and the Rangers were one of the best teams in the NHL, boasting a 14-7-1 record since Jan. 31 and getting themselves right back into the playoff conversation.

With the 2019-20 NHL season currently on pause due to the ongoing COVID-19 pandemic, New York has a 37-28-5 record with 79 points, which puts them just two points out of a playoff spot in the Eastern Conference. They exceeded expectations in many ways, both from an individual and team standpoint, and numerous players deserve recognition for their contributions.

The biggest move the Rangers made in the offseason was signing Panarin to a seven-year, $81.5 million deal. The now 28-year old was going to be the marquee superstar that would be the face of the Blueshirts and bring excitement and a raucous atmosphere back to Madison Square Garden. It is safe to say that those expectations were more than just met. They were smashed.

Panarin is having the best season of his career so far, with career-highs in goals, with 32, assists with 63 and points, with 95. He is tied for second in the NHL in assists with Edmonton Oilers center Connor McDavid and tied for third in points with Boston Bruins forward David Pastrnak. He is also second in the NHL, and first among forwards, with a plus/minus rating of plus-36, behind Colorado Avalanche defenseman Ryan Graves’ plus-40. He also led the NHL in even-strength points, with 71. Panarin has at least one point in 54 of his 69 games, including at least two in 28 of those games.

But the stats do not tell the whole story. Panarin has established himself as an elite player in the NHL, perhaps even a top-10 player in the league. He is a fantastic skater and a lethal shooter, but most importantly, he is one of the most incredible passers and set-up men in the entire league. He can make the most ridiculous connections with ease, especially in the offensive and neutral zones. The man they call “Breadman” makes the game look so easy and has been a huge reason why the Rangers have surged their way into playoff contention this season.

This should not come as a surprise whatsoever. Fox has been absolutely spectacular this season and deserves to be in the conversation for the Calder Trophy as the league’s top rookie. Unfortunately, he has been overshadowed by the likes of fellow defensemen Quinn Hughes of the Vancouver Canucks and Cale Makar of the Colorado Avalanche. While it looks like one of those two will win the Calder Trophy, it would be a shame if Fox does not get any votes.

Fox played in all 70 games this season, scoring 42 points, consisting of eight goals and 34 assists, in just under 19 minutes of ice time per game. He is third in assists and is tied with Buffalo Sabres forward Victor Olofsson for fourth in points among NHL rookies. He has 15 points, with two goals and 13 assists, and a plus-13 rating in 22 games since Jan. 31.

The Rangers knew how good Fox was offensively, but did not expect to see how good he was defensively. He was legitimately one of the Blueshirts’ best offensive and defensive defensemen. Whether it was an odd-man rush, a fast break or just a board play in the defensive zone, Fox had no difficulty making the right play to keep the puck out of the net. He broke up a remarkable number of odd-man rushes this season and solidified himself as one of the team’s best blueliners. His hockey IQ for a rookie was off the charts and he does all of these remarkable things while not even playing 20 minutes a game, which most elite defensemen do. Fox will definitely see a much bigger role with more ice time, which will only pad up his stats and showcase more of his on-ice prowess.

While Jacob Trouba led all Rangers defensemen in ice time per game, with 22:34, and Tony DeAngelo led all Rangers defensemen in points, accumulating 53, Fox was the most complete blueliner of the pack and that makes him the best defenseman. He was the best D-man in all three zones. He leads the Rangers in takeaways with 57, and his 92 blocked shots are second to Trouba’s 128. Once again, he plays less than 19 minutes per game, and will get a more significant role as a top-pairing defenseman very soon.

While Alexandar Georgiev played most of the games in net for the Rangers and showed great consistency, it is hard to argue that Shesterkin was the team’s best goaltender, even though he played in just 12 games this season.

The 24-year old Russian netminder made his NHL debut on Jan. 7 in a nationally-televised game against the Colorado Avalanche at MSG. He showed signs of nervousness early on, giving up two goals on his first three shots. But he gained his composure and stopped all but one of the next 29 shots he faced in that game, leading the Rangers to a 5-3 victory.

That game was just the beginning of something special. Shesterkin boasted a 10-2-0 record in his 12 games this season, with a 2.52 goals-against-average and a .932 save percentage. He is also the first goaltender in NHL history to have three wins with 40 or more saves in his first seven starts. Stats aside, Shesterkin played his games in the most crucial time of the season, when the Rangers were making their push to the playoffs. A big reason why New York asserted themselves back into contention was Shesterkin’s dominance in net. Six of his 12 starts were against teams currently in playoff position and he won five of them. He also won five of six starts against non-playoff teams and has yet to lose a start on the road. Despite being injured in a car accident in late February, Shesterkin recovered quicker than expected and got right back in action.

In Shesterkin’s absence, Georgiev’s strong play should not be forgotten, as he gave the Rangers opportunities to win in those games, many of which were against playoff teams.

However, Shesterkin was, without a doubt, the best goaltender for the Rangers this season and will lead a very fearsome 1-2 punch at goaltending with Georgiev going into next season. He will also be a heavy favorite for the Calder Trophy next season, since he is eligible. But most importantly, it appears that the Rangers have found the heir to Henrik Lundqvist in goaltending and fans are already salivating at the bright future this young dynamo has.

One thing that was noticeable this season was that the Rangers had many players that have either bounced back or made themselves a household name. Some of these names include Tony DeAngelo, Ryan Strome, Chris Kreider and Pavel Buchnevich. All of them has career seasons and were key pieces to the Rangers’ success this season. Then there is Zibanejad.

To say that Zibanejad had a career season would be an absolute understatement. To say that he established himself as a star in this league would also not be enough. Zibanejad has turned himself into a superstar and a legitimate first-line center that will be part of this Rangers core for years to come. Last season, Zibanejad put together a very impressive campaign with 74 points in 82 games. This season, the 26-year old Swede set career-highs with 41 goals and 75 points, and led the league in goals-per-game with 0.719. In the 22 games since the All-Star break on Jan. 31, he scored a ridiculous 23 goals and 36 points, leading the league in goals scored in that timeframe. Zibanejad did all of this in just 57 games in total this season, missing a significant chunk of time earlier due to a concussion. To put his ridiculous play into perspective, Zibanejad scored in six consecutive games, did not score in the next game on Feb. 28 in a loss against the Philadelphia Flyers, and then proceeded to score in each of the next six games after that, which included his five-goal masterpiece against the Washington Capitals. He has been on that sixgame scoring streak since the season came to a halt. Zibanejad is also under contract for two more seasons at a very team-friendly $5.3 million annual cap hit, giving the Rangers plenty of time to make sure he gets the massive pay raise that he deserves. Expect him to don the “C” on his jersey next season as the team’s captain.

Out of all the moves that Rangers general manager Jeff Gorton has made, acquiring Zibanejad was his signature one, absolutely fleecing the Ottawa Senators in the trade. While seeing Derick Brassard leave in the deal was difficult, it is safe to say that Rangers fans are more than happy with the return.

This did not require much debate or thought at all. This gem of a performance highlighted the breakout campaign that Zibanejad was having. But what made this game incredibly memorable was not the fact that he scored five goals in a game, which is a rarity in itself. It was not even the fact that it was only the third time a Rangers player scored five goals in a game. It was the magnitude of the game and the different ways that Zibanejad scored his five goals – a tip-in, a bad-angle shot, a backdoor tally, a rebound and his signature breakaway.

The Rangers found themselves matched up against the Washington Capitals on Mar. 5, coming off a 3-1 loss at the hands of the defending Stanley Cup champion St. Louis Blues two nights earlier. Coincidentally, Zibanejad scored the lone Rangers goal in that game.

New York was still right in the thick of the playoff race and every game going forward had more significance than ever. This game was nothing short of entertaining, with both sides flexing their offensive prowess and dueling it out the way the Rangers-Capitals rivalry has always been. All but one of Zibanejad’s goals gave the Rangers a lead, and it was capped off in overtime with game deadlocked at 5-5. Zibanejad took a slick saucer pass from Panarin at his own blue line and burst down the middle on a breakaway, firing a backhander over Capitals goaltender Ilya Samsonov. The Garden erupted and the decibel levels were through the roof.

Despite Alex Ovechkin scoring twice for Washington, including the game-tying goal in the final minute of regulation, it was the man wearing number 93 for the Rangers that stole the show with his clutch heroics. Zibanejad has always had that clutch factor since coming to the Rangers, scoring numerous overtime goals, both in the regular season and playoffs. This one against Washington will be remembered as one of the best for its impeccable timing. It is difficult to find any more arguments against Zibanejad being a superstar, a first-line center, and the Rangers’ next team captain after that legendary performance.