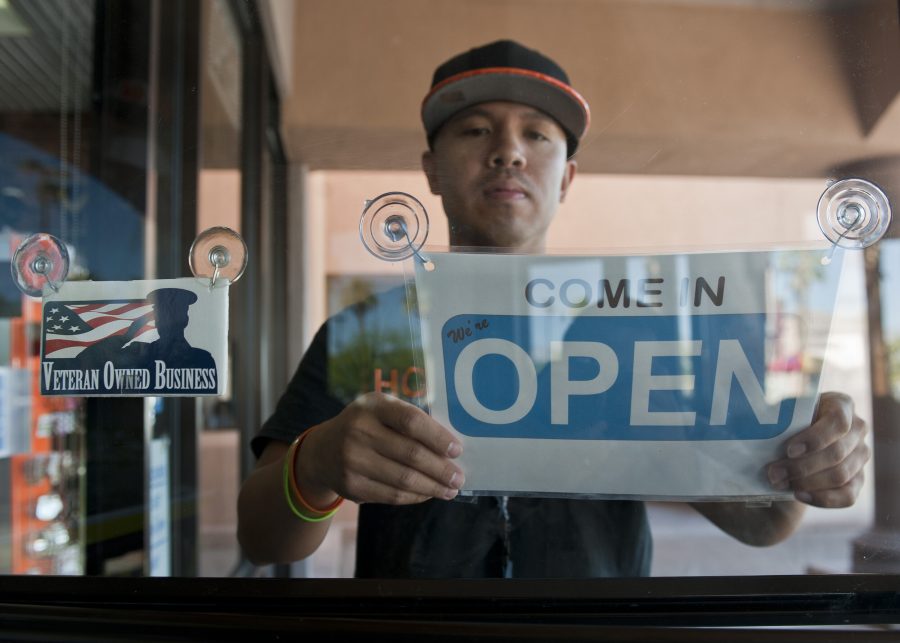 Investors are reigniting their confidence in the economy as the United States takes tentative steps towards reopening from lockdown measures. The reopening of retailers, salons and other businesses, in select U.S. states was debated amidst uncertainty if the worst of the pandemic was over. Governors began to ease some restrictions and the move was echoed internationally, with Italy and Spain beginning to reopen.

Stocks rose on April 28 at the announcement of easing lockdowns, with “suggestions that factories will restart sooner rather than later suggests that the pressure on economic output in the data we’ve seen will be a shorter-lived phenomenon,” according to Deputy Chief Investment Officer Edward Park at Brooks Macdonald.

As earnings season continues, investors are also watching for how America’s largest businesses forecast earnings for the rest of the year. While forecasts are unreliable, due to an unprecedented mix of fall-off in demand and government stimulus, they set the tone of what investors should expect.

Blue-chip companies such as Amazon, Apple and Facebook are among those scheduled to report first-quarter results soon. General Motors, which announced it was suspending its dividend and share repurchasing program, rose 2.3% on the news with approval from investors.

Smaller companies, historically considered more exposed to economic weaknesses than large-cap companies, outperformed the latter. The Russell 2000 index, which holds the 2000 small-cap companies from the Russell 3000 index, was up 4.6% at the start of the week on April 28. The outperformance is a strong sign of growing investor confidence. “Once you start to see small stocks doing better than large stocks, the market’s starting to lean towards a bet that we’re really recovering here,” said CEO and Co-Chief Investment Officer Peter Mallouk at Creative Planning, a wealth management firm.

This growing confidence has been echoed internationally. Sovereign debt concerns were raised about Europe’s most debt-laden countries, including Italy, Spain and Greece. The threat of a downgrade on Italy’s credit rating was high, but S&P Global Ratings on Friday held off on it. In turn, Italian, Spanish and Greek bonds rallied.

In Asia, stock indices ended on April 28 positively. Japan’s Nikkei 225 stock index ended the day up 2.7% after the Bank of Japan announced it would triple its holdings of corporate debt to assist in company fundraising. The Shanghai Composite also closed 0.3% up after Chinese statistics were released showing industrial companies’ profits in March were only down 34.9% from a year earlier. This was an improvement from the 38.3% decline year over year experienced last quarter.

As the week draws to a close, investors will be looking for the outcome from the U.S. Federal Reserve and European Central Bank’s meetings.