Remote study abroad isn’t an effective use of your money 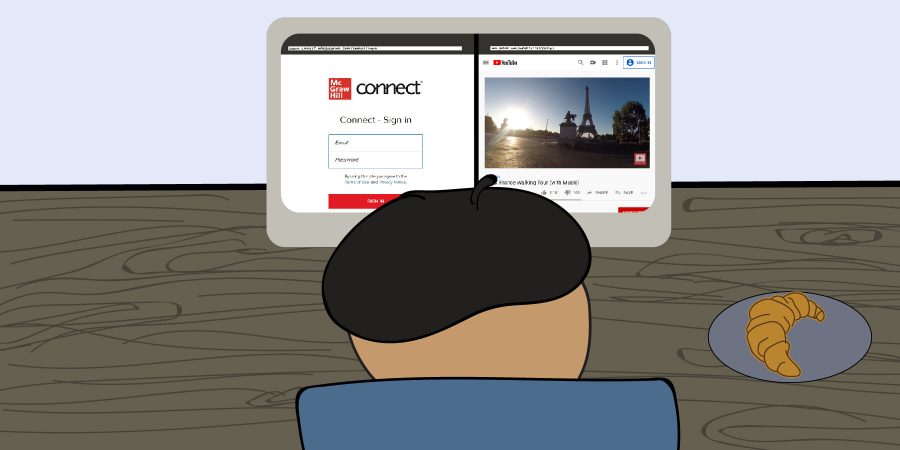 During the past few months, as COVID-19 started rapidly spreading in the United States, many students studying abroad during the spring 2020 semester were forced to go home. This included both the students studying for a semester in the United States, and those studying in other countries. Now, some universities are pushing to create a study abroad experience online, which is absurd.

Some universities have already enacted an online study abroad program, such as American University and the University of Buffalo. “The program will rely on a ‘treasure trove’ of photos, videos and other digital media Huber and her colleagues have collected on trips over the past decade,” The University of Buffalo’s study abroad website states. “Students will complete mentored projects with the school’s Tanzanian partners, earning ‘digital badges’ along the way,” CNBC reported.

Online study abroad programs are nothing new. In fact, they emerged fairly early within the past decade. They have been valuable in allowing students who cannot normally afford to visit other countries or are unable to leave home due to family or health reasons to gain insight into other lands.

Personally, in order for something to be considered study abroad, one has to travel to another location. The whole point of the experience is to meet new people, learn about new cultures and languages and immerse oneself within a world different from the one they grew up in.

For example, if a physical trip to Egypt for the summer was instead made virtual, the experience is not the same. Opening a textbook and looking at photos of Egypt or hieroglyphics is the same as sitting in a chair in one’s house and looking at the photos on a shared Zoom screen for free.

Seeing the pyramids in person or a bazaar is a vastly different and unforgettable experience. A person can listen to songs online and learn about the cultural cuisine, but it is not the same as seeing a performance in person or smelling spices and tasting the authentic food firsthand. If a person didn’t travel to Egypt, one is not studying abroad. They are taking a summer class on Egypt, which is a big difference.

Another issue is that these programs come with a price tag. Though they are cheaper because they don’t include travel costs or housing, many families have been hit hard by the pandemic financially. The unemployment rate is high and some people have unfortunately been uprooted from their homes into shelters.

Instead of spending money to study abroad from the living room, it is better to donate that money to people in need — people who have had the very foundation of their lives shaken, whether through economic hardship or losing loved ones.

The world will still be here after the pandemic. Students can then explore and learn as they please in person. Right now, though, the main priority should be helping those who simply cannot help themselves or actively ask for aid, like hospitals lacking personal protection equipment. Simply use Google Maps and watch videos about other countries on YouTube to gain the remote study abroad experience for free, rather than paying money for it.

Universities and colleges are doing the best they can to meet students’ needs and wants in a time of uncertainty and panic. Students are not just dealing with a copious amount of homework, but family life as well. Teachers also had to take their entire curriculum and adjust it to an unfamiliar, online one. They are currently unable to speak directly to students in-person, which is a huge adjustment on everyone’s part.

When the pandemic hopefully winds down, a break should be taken before immediately resuming study abroad programs, even virtually, especially ones planned for the summer. People need time to process deaths and losses. It would not be fair to make teachers take on extra work when they are already mentally strained. Also, it would not be an equal opportunity to all students, as some may want to participate but are not technologically able to or are not in a healthy mindset to do so.

Lastly, the skills learned from physically going to another country are irreplaceable. It teaches the ability to adapt to change and be independent. This is important for growth — not just careerwise, but as one goes through adulthood. The world is constantly changing but being in one’s own house does not allow them to get exposed to what is unfamiliar and embrace it.

Essentially, remote study abroad programs do fulfill a need at the moment. They can help allow students to learn about the world outside of their state or country. But with the coronavirus still rampant, students already displaced around the world, teachers struggling to adjust to online learning as it is and devastated global economies and citizens, it would be better to not rush into setting up virtual study abroad programs.