President Trump should consider the risk of denying medical equipment 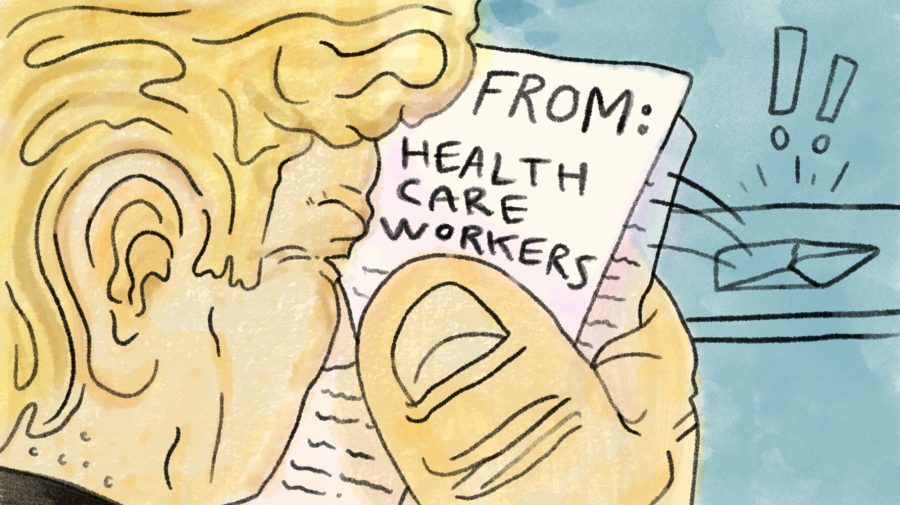 You can’t fight a war without weapons and our healthcare workers can’t fight this virus without the proper equipment. Doctors, nurses and other medical staff are doing their utmost to save the lives of the American people and further prevent the spread of the virus, but they can’t fully do that with the equipment they have right now.

They need your help. They need masks, face shields, gloves, goggles, gowns, head covers, shoe covers and respirators. If it’s considered personal protective equipment, then hospitals need it because if they don’t have it, we’re all doomed.

PPE is needed so healthcare workers can actually do their jobs to treat and care for more than 600,000 people now[CC1]  who are infected with COVID-19 in the United States. This equipment is keeping them safe so that their own health won’t be compromised.

It also ensures that workers’ own families don’t get sick and further spread the virus. To say that there is a shortage of masks is a vast understatement; medical workers are reusing protective equipment that by now has been repeatedly exposed to the virus.

Some hospitals are so desperately lacking in PPE that they’re resorting to using garbage bags or other thin pieces of plastic to cover their face, bodies and hands from getting more exposed than they already have been.

People are donating what little they can, sewing the pieces of cloth they can gather, just to give medical workers some type of protection. The hashtag #GetMePPE is trending all over Twitter — something you are an expert in, I’m sure — and medical workers all over the globe are in crisis.

What have you been doing?

You’ve suggested that the very people who are trying to save their lives are to blame for their lack of safety equipment, even going as far as to suggest criminal intent by asking whether masks are “going out the back door.”

Let’s not forget about ventilators, which are also in  short supply but you have suggested that state hospitals are hoarding them and that they don’t need extras.

I understand it takes significant industrial effort to commandeer a mass production of PPE and ventilators. However, I expected a little more effort from a president.

Thousands of people are dying and thousands have already died. People all over the world, not just Americans, are suffering.

Providing hospitals with ventilators may not be the capitalist venture that you hoped would  increase the economy, but isn’t having a market with living consumers better than having no consumers at all?

Sure, the healthcare system has been a lucrative entity in the recent past, with new technologies, untested treatments and drugs making healthcare profitable. Innovation and unknown cures are usually promoted as more effective medicines than those that have already been studied and proven to work. The world is changing, though, especially now that there is a global pandemic.

Our current healthcare system cannot sustain its current model, especially if doctors, nurses and other medical-related workers are ill or dying because they had no protection.

The prospect of providing millions of masks and ventilators to our healthcare workers may not be as attractive as advocating for a drug that has been widely untested, I get that, but for once, consider the risks. The lives of millions of Americans are in your hands, President Trump.

So, I urge you to please get the masks. Get the PPE. Get the ventilators. Give them to the people who are helping save lives. The health of those treating and taking care of the sick should be just as important as those receiving treatment. If we protect those who are trying to save us, we will still have hope that this virus can be beaten.