The New Abnormal: The Strokes failed attempt at creating anything new 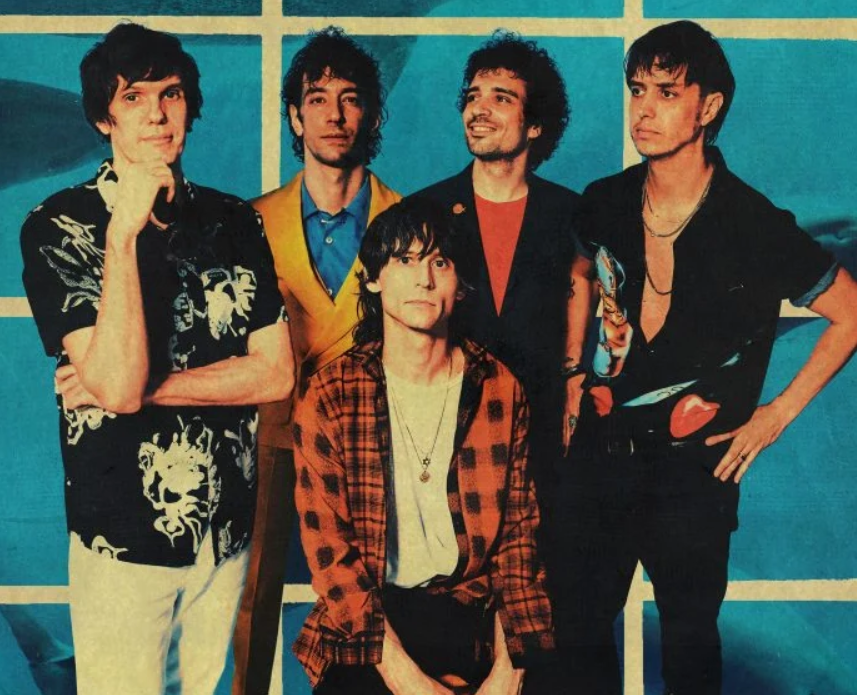 The Strokes, consisting of front man Julian Casablancas, guitarists Nick Valensi and Albert Hammond Jr., bassist Nikolai Fraiture and drummer Fabrizio Moretti, were the ones to reignite this fresh New York rock scene, the garage rock and post-punk revival. In 2001, The Strokes released Is This It, the debut album that many consider the ultimate indie rock album in which every single track was perfection. This sole album is what created a whole new chapter of rock music. Bands like Arctic Monkeys, Kings of Leon and The Libertines were able to walk through the door that The Strokes opened up for rock.

Since then, The Strokes have been able to create masterpieces with the succeeding albums but after 2016, the band went on hiatus and each member focused on other projects, such as side bands and solo careers.

It’s been roughly seven years since The Strokes’ last album release and four years since their last EP release. The band is back but not necessarily better than ever — it’s more like The Strokes are back and they are still the same. The Strokes’ latest album, The New Abnormal, does not signify a change or redefinition for the trailblazing band. It serves as a reminder that the members are still around and know how to put out a great “Strokes” album.

The New Abnormal is anything but new. It is a collection of songs that show that The Strokes still have their groove and can easily make another “skinny-jean-dirty-Chuck-Taylors-vintage-tee-and bedhead-guitar” album, reminiscent of both the physical aesthetic and sonic creations of their past work.

The main issue that littered the nine-track album is the similarities between each track and other songs. The tracks all sound like old hits from various decades or updated versions of their a previous work.

“Bad Decisions” was the band’s first single off The New Abnormal and showed how well The Strokes can take a popular hit and turn it into their own. The entire song seems like a modern-day knockoff of Billy Idol’s 1981 hit, “Dancing with Myself.” Idol is credited for “Bad Decisions” and the song claims to incorporate elements of “Dancing with Myself,” but the issue is that this was the first single from a band’s comeback album and it showed little attempt at redefining The Strokes’ sound and voice. This is not the first time they borrow from a popular song. “Last Nite” from  Is This It uses the intro to Tom Petty and The Heartbreakers’ 1976 song “American Girl” as the layout for the entire song.

One of the standout songs on the album is the heartful ballad, “Selfless” The song is filled with Moretti’s signature taps on the drums and intermixed with crisp and pretty guitar plucking associated with both Valensi and Hammond Jr.  The guitar solo on the track resembles that experimental flare that can be found in songs from Casablancas’ other band, The Voidz. Julian belts out “Please don’t be long/’Cause I want your love/ I don’t have love/ Without your arm/Life is too short/But I will live for you” in his recognizable falsetto. The song easily feels like something that could have been part of The Strokes’ 2013 album Comedown Machine.

“Eternal Summer” serves as a tale about the current conditions of global warming. Instead of having a very straightforward jam about how global warming is going to end humanity, the band use a funky beat lead by Moretti’s drumming and synths along with one of the grooviest bass lines, executed by Fraiture. Casablancas warns listeners in the pre-chorus by singing, “Summer is coming/Won’t go away/Summer ummer is coming/It’s here to stay,” alluding to the intense heat and bewildering climate issues the world has been dealing with. The pre-chorus repeats, “They got the remedy/But they won’t let it happen” implying that the cure to stop global warming is in front of people, yet they do nothing to attempt stopping climate change.

Things slow down a bit with “Not the Same Anymore,” The song is packed with melancholy and sadness fueled by Casablancas’ raspy voice and heart- wrenching lyrics such as, “And now it’s time to show up/Late again, I can’t grow up/And now it’s on me, they’ve given up.” The song’s lyrics discuss the actions of someone who has failed to realize they are the root of many issues in their life and relationships. The song’s instrumental is a slowed down version of “You Talk Way Too Much” off The Strokes’ 2003 sophomore album, Room on Fire. Nevertheless, the song is a beautiful realization that maybe one should re-evaluate themselves to see if they are the ones causing the problems in their own lives.

The New Abnormal as a whole is phenomenal and shows that The Strokes have been experimenting with new sounds by taking small pieces of each of their side projects — The Voidz, Machine Gum, CRX and Hammond’s solo career — and combining them together. However, this experimentation ultimately resulted in yet another typical Strokes album.

The issue is that the band has already released its best works. The Strokes were such an era-defining band from 2001 to 2011, growing a notable following with similar bands such as Interpol, the YeahYeahYeahs and The White Stripes, that listeners are now left to think what else could they possibly bring to the table.

Though they are important figures in the rebirth of rock ’n’ roll in New York City, the novelty has sadly worn off. In the outro of “Bad Decisions” Casablancas’ sings “I can’t, I can’t make anymore,” to state that The Strokes’ days of creating unique songs and albums have come to an end.