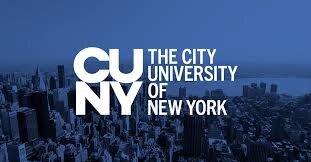 “We are doing this because when we made our plans, we assumed that the students who do not have computers or laptops at home, were going to be able to go to our campuses, our computer labs, to be able to take their courses,” said Chancellor Félix Matos Rodríguez.

With the support of New York Gov. Andrew  Cuomo, CUNY has purchased 30,000 new laptops and tablets for those students who need them to complete their online classes.

“If we did not pause, we would get too far into the semester, Matos Rodríguez added in a later statement. “Students who have been without access to technology since March 19 would then have a tough time catching up and likely drop out of the semester.”

In addition to distributing technological equipment necessary for students, the period also encouraged professors and students to plan further for the rest of the online semester.

“For me, the recalibration period was a useful time to assess the early experience with online instruction,” Baruch College journalism professor Kevin McKenna said. “I was pleased to have had all 18 students attend our first Zoom class, but even after my preparations during the initial one-week recess, my skills needed polish. I hope the time to better equip myself will pay off.”

Even though the recalibration period was supposed to be a pause for all classes, some still had assignments during or right after the period.

“I think professors are scrambling to adjust syllabuses to distance learning while also trying to maintain the same requirements or plans for the course they had beforehand,” said Naydeline Mejia, a Baruch student.

Though no assignments or exams were given during the recalibration period, there were still expectations that the work would be done shortly after. Mejia still struggles to balance academic and mental health.

“It’s unfortunate because I know we need to maintain academic excellence and integrity to a degree, but I’ve also haven’t been able to take care of my mental health and stay up-to-date with what is happening in the city and around the world because of school,” she added.

Mejia also said that she was not disappointed by the fact that spring break was shortened since they had lost many days of classes already. “But I do wish professors would be more lenient with the assignments considering the times.”

Both faculty and students are being put to the test, whether CUNY or they were prepared to switch to a distance-learning format.

“I miss the live class, where thought runs into free expression. I miss the one-one-one conferences, where I can look into a student’s eyes and ask her/him to dig down and come up with unique expression,” said Grace Schulman, distinguished professor at the English Department. “I miss the classroom, the structure. All that said, it’s the best we can do under the circumstances.”