2020 Tokyo Olympics postponed until the summer of 2021 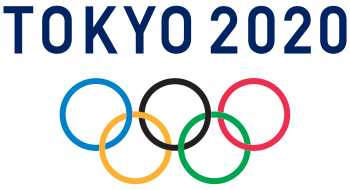 “On the basis of the information the IOC has, postponement has been decided,” Pound told USA Today in a phone interview. “The parameters going forward have not been determined, but the games are not going to start on July 24, that much I know.”

The Olympics were slated to begin on July 24, as mentioned above, and end on Aug. 9, which were supposed to then be followed up by the Paralympics from Aug. 25 through Sept. 6.

Now, the only confirmations are that the Olympics will not be cancelled but it won’t be happening as originally scheduled.

IOC President Thomas Bach emphasized the fact that the games would not be cancelled, which only happened before during the years of the two World Wars.

The president of the 2020 Tokyo Organizing Committee Yoshiro Mori said in a press conference on Monday that the games might be postponed for possibly one month, three months, five months or one full year. A postponement for one year full year would mean the games would occur July 2021.

Japanese Prime Minister Shinzo Abe’s office posted on social media that the games will be held “by the summer of 2021.”

In a joint statement from Bach and Mori, the postponement isn’t discussed directly, but they expressed their concerns over the situation.

“The unprecedented and unpredictable spread of the outbreak has seen the situation in the rest of the world deteriorating. Yesterday, the Director General of the World Health Organization (WHO), Tedros Adhanom Ghebreyesus, said that the COVID-19 pandemic is ‘accelerating.’ There are more than 375,000 cases now recorded worldwide and in nearly every country, and their number is growing by the hour,” the statement reads in part.

“In the present circumstances and based on the information provided by the WHO today, the IOC President and the Prime Minister of Japan have concluded that the Games of the XXXII Olympiad in Tokyo must be rescheduled to a date beyond 2020 but not later than summer 2021, to safeguard the health of the athletes, everybody involved in the Olympic Games and the international community,” it goes on to say.

The idea of a postponement first came on March 22, when Bach had mentioned the possibility of not starting the games on July 24. At this point, he said alternatives to proceeding as scheduled would be discussed among the committee members.

This is the first time that the Olympics are being postponed, ever. The decision came after athletes and teams expressed concerns and complaints against the IOC, and the 2020 Tokyo Organizing Committee for not postponing sooner.

Shortly after Bach’s comment on March 22 the Canadian Olympic and Paralympic Committees announced that they would not send any athletes to Tokyo unless the games were postponed.

Other groups, including World Athletics and the German, Brazilian and Norwegian Olympic Committees, followed suit and began calling for the Olympics to be postponed.

In the same vein, the Australian Olympic Committee said that “an Australian team could not be assembled in the changing circumstances at home and abroad.”

While the postponement does pose some problems for the committees, athletes, Japanese government and the businesses who had stake in the games, it seems that many are relieved at the decision.

“I’ve had so many calls with athletes who have been in tears trying to train for their ultimate dream but not wanting to jeopardize their health,” American hurdler Lolo Jones wrote on Twitter. “This was the right thing to do. May the world heal.”