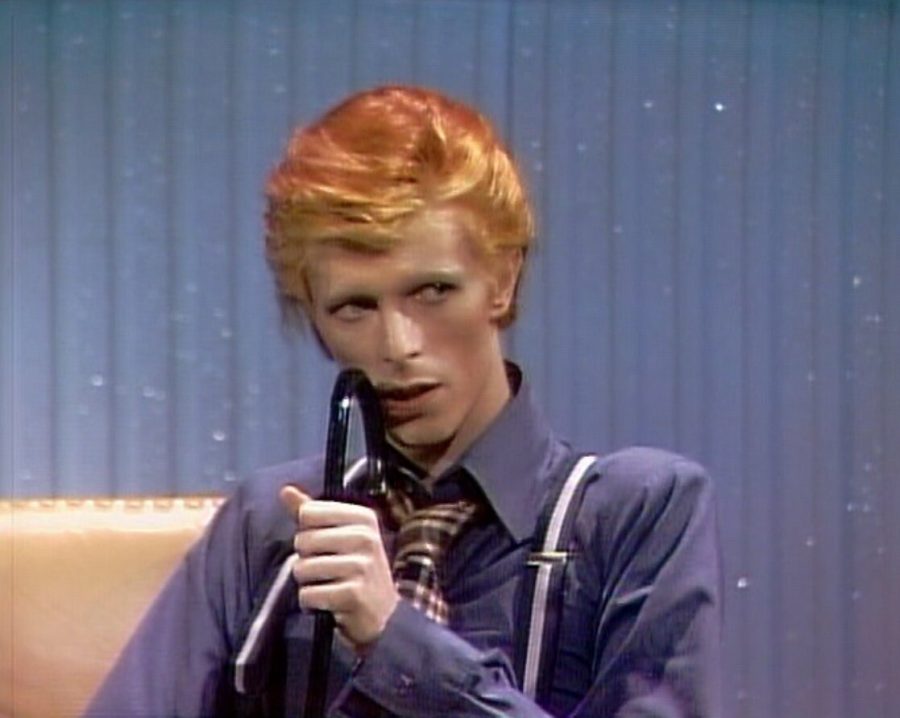 Bowie was arguably the world’s most recognizable rock star at the time of the album’s release. Prior to Young Americans, Bowie cemented himself into rock ’n’ roll folklore with his ability to mold himself into different personas. From his debut album, the star had transformed from the fledgling Davy Jones to the drug-addled astronaut Major Tom on 1969’s David Bowie, to arguably his most well-known alter ego, Ziggy Stardust. The latter, appeared on the albums The Rise and Fall of Ziggy Stardust and the Spiders from Mars, released in 1972, and Aladdin Sane, which came out the following year.

What makes Young Americans so compelling, however, was the complete departure from Bowie’s galm-rock roots.

On his previous records, Bowie used his interest in outer space and science fiction to create the bisexual, alien rock star character of Ziggy Stardust. Ziggy Stardust dressed flamboyantly in gaudy jumpsuits and high heels, with distinctive red and orange- dyed hair. He became an extremely influential and important landmark of the melding of rock music, the rise of the gay rights movement in the early 1970s and the art-house communities that were springing up in every major city at the turn of the decade.

Following the character of Halloween Jack from his 1974 album Diamond Dogs, the next Bowie personality came with Young Americans. With that album, Bowie constructed, the Thin White Duke. At the time a highly controversial figure, the Duke was described by Bowie as being, “A very Aryan, fascist-type; a would-be romantic with absolutely no emotion at all but who spouted a lot of neo-romance.”

The album itself saw Bowie’s first foray into the “plastic soul” sound consisting of R&B and Philadelphia soul music. The record produced two singles, “Young Americans” and “Fame,” both of which saw Bowie’s first major breakthrough in the United States, with the latter song reaching No. 1 on the Billboard Hot 100 chart.

The record is also particularly unique not just as a result of its sound, but also for the almost mythic appearance of John Lennon on it, who was in his infamous “Lost Weekend” era after estranging from his wife Yoko Ono. Lennon was a guiding influence throughout the album’s creation, particularly for the song “Fame.”. The song captured both Lennon and Bowie’s dissatisfaction with the aspects of fame, which was amplified in the funk-rock cacophony of sound resembling the music of Kool & The Gang, Stevie Wonder, and the Beatles.

The former Beatles singer emerged twice on the album, providing backing vocals for Bowie’s cover of his song “Across the Universe” as well as playing guitar and providing background vocals for the hit song “Fame,” for which Lennon also received co-writing credit for.

Forty-five years later, Young Americans has become a landmark album within the modern musical world, with artists ranging across the spectrum from rock to rap to soul who took aspects of the album and Bowie’s personality and incorporated it into their own music.

The most prominent way that Young Americans has entered the modern musical discourse is through the sampling of the album — in particular the song “Fame”, — in rap music. Jay-Z classically interpolated the song on his 2001 notorious diss track aimed at Mobb Depp and Nas, “Takeover.” Public Enemy used the song to drive the hook of the 1998 song “Night of the Living Baseheads.” James Brown’s song “Hot (I Need To Be Loved, Loved, Loved, Loved)” also samples the instrumental of the song throughout its entirety.

The legacy of David Bowie and Young Americans has transcended beyond their time and genre in order to influence generations of creatives. Bowie’s longevity from 1975’s Young Americans to his final album Blackstar, released in 2016, showcases that despite his tendency to constantly reinvent himself, the persona of David Bowie as himself shines through all of his different iterations and is incredibly appealing and enduring in the new musical world.