Large asteroid will fly by the Earth next month, but won’t hit us, reassures NASA 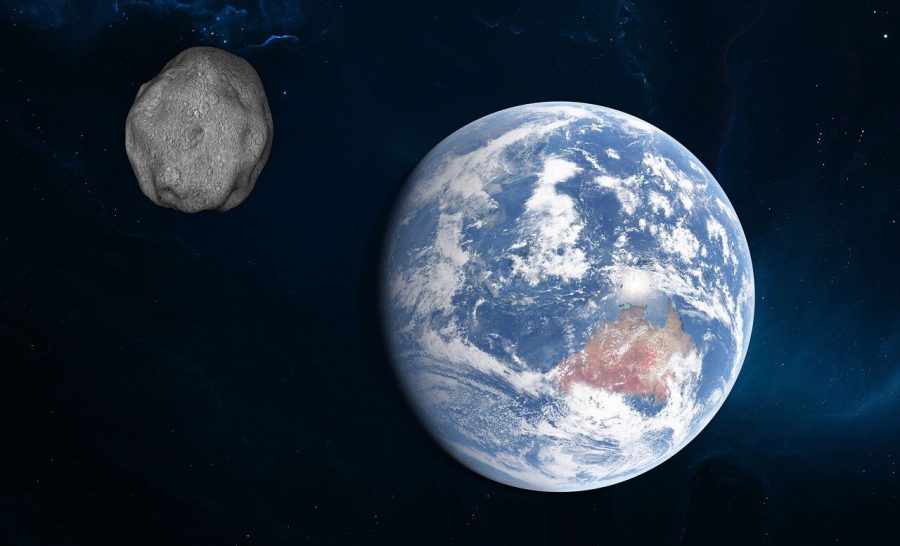 The asteroid titled, 52768 will pass by Earth on April 29 at around 4:56 a.m. ET while traveling at a speed of 19,461 miles per hour, or 25 times the speed of sound. This was recorded by NASA’s Center for Near Earth Object Studies which tracks outer space objects that could impact Earth.

The system reported the asteroid’s path from Earth to be 3,908,791 miles, a safe enough distance for the asteroid to avoid us.

If the asteroid were to hit Earth its impact would create a blast wave, sending smoke and dust to the atmosphere. This, in turn, would block sunlight from reaching the Earth as the debris covers the sky. If the impact were not enough to destroy life on Earth, the cold weather would remove all sustainable life. Researchers relate this hypothetical event to that of the dinosaurs’ extinction. The same events followed in the asteroid that hit Earth 66 million years ago. Fortunately, history will not repeat itself this April.

For potential future threats NASA’s Sentry System analyzes Near Earth Objects, also known as NEOs, for the next 100 years and categorizes them based on their threat level. NEOs are objects that are around 30 million miles within our planet’s orbit. On a site dedicated to Sentry, there is a list of all the upcoming asteroids for anyone to see. The Sentry system categorizes around 40 NEOs a day. If the Sentry system alerts researchers of a threat, a group of experts sit down and calculate accurately the NEOs’ trajectory. There is no room for error in these types of situations.

In 2017, the asteroid 3122 Florence was the largest recorded asteroid to miss Earth. That will not be its last course of action as it will come back September 2, 2057. NASA plans to develop systems and spacecrafts that could deflect asteroid attacks. One such plan is the Double Asteroid Redirection Test, also known as DART spacecraft.

This spacecraft will purposely collide with an asteroid to change its motion in a two-step process. After its launch, it will deploy a set of solar panels that will provide solar power to the spacecraft. This extra power allows the system to operate and be remotely controlled., Tthe spacecraft has cameras to allow the users to navigate it.

The first real DART will be launched in July 2021 and become active in September 2022 for its first test against a Didymos moonlet.

The observation of space is essential for new discoveries and the safety of Earth. That is why the Vera C. Rubin Observatory will begin operations in 2022. The observatory’s focus is on extending the view range that astronomers currently have. On their site, the observatory claims, “each image the size of 40 full moons.”

Using its advanced camera, the observatory will be able to record around 1000 images daily of space for the next decade. These images will be used to observe 20 billion distant galaxies and asteroids that pose threats. There is a drawback when it comes to using the scope. It is possible that when an image is captured, it will not yield the results that researchers are looking for, and automatically delete the image. Then it will reset for 15 seconds before taking another image, and, if this process happens often it will cost a great amount of time. But the benefits of such a contraption will help visualize our universe.

About one-third of all NEOs are accounted for, but that leaves two-thirds left in the dark. According to NASA’s planetary defense officer most of the asteroids are “between 33 and 65 feet in diameter.” These relatively small asteroids are not enough to cause major world changing effects but can cause small impacts that affect individuals in the impact area. In February 2013, Chelyabinsk, a Russian city,  was harmed by the explosion of an asteroid above the area. Around 1,200 people were wounded with windows and buildings getting torn apart by the explosion’s waves.

Space observation over the years has become more relevant. In May of 2019, SpaceX sent a group of 60 satellites for communications to orbit Earth. In 2014, Japan sent an asteroid research spacecraft called Hayabusa2 which collected samples of asteroids and then returned to Earth in 2018. In Europe, the Hera mission centers around aiding NASA’s DART system, demonstrating collaboration between parties.

While an asteroid approaching Earth might quickly instill fear, it is with the development of centers like the Rubin Observatory that help cast those fears aside.