Major League Soccer’s Silver Season: The Good and the Bad 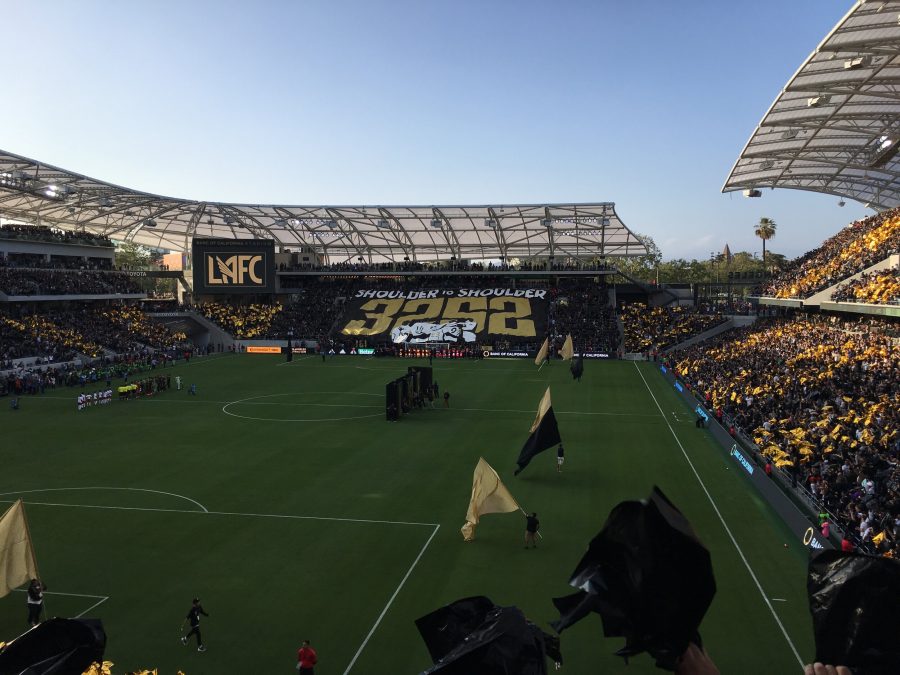 As the league celebrates its silver anniversary, now is the time to reflect on how much or how little the beautiful game has permeated the national consciousness.

The MLS was established with 10 teams, adorned in garish uniforms and placating an audience who had their interest peaked thanks to a surprise round-of-16 appearance in the 1994 World Cup.

Each team had players now known as cult heroes in the folklore of the USMNT. Midfielder John Harkes of D.C. United and defender Alexi Lalas of the New England Revolution set an indirect precedent for the Designated Player Rule.

The DP rule allowed for many international superstars to ply their trade on American soil. Players such as Arsenal legend Thierry Henry, Juan Pablo Angel and David Beckham all helped the MLS gain much-needed exposure.

Now, there are MLS players representing over 70 nations and the DPs are not merely European legends looking for a retirement home, but young and hungry starlets looking for experience on a bigger stage.

In terms of the league, 10 original has now transformed into 26 active teams, with four more on their way to the league by the start of 2022. Clubs are successful in places that are not stereotypical soccer cities, such as Atlanta, Portland, Seattle and Toronto.

However, the league still faces an uphill battle for relevance. The much-maligned pay-for-play system of soccer, the absence of pro-motion and relegation and the lack of attention from the media are all obstacles that the sport, let alone the league, have to face to establish mainstream relevancy.

Above all, the biggest obstacle is the mindset of the people. Major League Soccer fans are self-conscious about their sport.

For so long, soccer has been pushed to the fringes of sport society that the only ones who would support such a pariah are the outsiders, the forgotten.

Fútbol became an intrinsic part of supporters’ identity, providing community and a common cause. Some fans might be hesitant to recruit others for fear of being rejected for choosing to support a sport where a scoreline of 3-0 is considered insurmountable.

Others might just want to protect a part of them-selves untouched by the bureaucratic incompetence plaguing the Big Four leagues.

However, when the game is played the right way, free-flowing and efficient, it transcends sport. Sport becomes art, support becomes religion.

If there is one goal for the 25th season of MLS and beyond, it is to share this idea with everyone. Whether they are curious about the game or die-hards who love their team more than their children, soccer deserves to be shared by all, to all. Now, for MLS 25.

There are two new teams in the league for its 25th season, Nashville Soccer Club and Club Inter-nacional de Fútbol Miami, or Inter Miami CF.

Nashville joins the stronger-than-usual Western Con-ference and are led by MLS All-Star Walker Zimmermann and veteran stalwart Dax McCarty. Although their defense is projected to be stout, their attack is thin and led by no-name forwards.

Nothing is expected of Nashville, at least compared to their fellow debutantes Inter Miami. Founded by an ownership group headlined by Beckham, Inter Miami promised to be a club of glitz and Miami cool. However, the output so far seems lackluster.

Their uniforms are plain, their marquee signing of Rodolfo Pizzaro from Mexican club Monterrey does not fill any immediate goal-scoring need and their attack is thin.

Leadership is there, with long-time Red Bulls’ goalkeeper Luis Robles and veterans AJ DeLaGarza, Will Trapp and Nicolas Figal in defense. However, Beckham’s cache and an open DP slot should guarantee that the team on the pitch in March will not be the team we see in July.

Shifting from Beckham’s new endeavor to his old stomping grounds of Los Angeles, which can now be called the epicenter of the MLS universe.

The City of Angels will play host to the biggest rivalry of the year—El Tráfico. Last year, Los Angeles FC arguably had the greatest regular season in MLS history.

The Black and Gold played with an infectious swagger that allowed them to outscore oppo-nents with a fun ruthlessness. The team set MLS records for most points and most goals scored, with 72 and 85 respectively.

With young playmakers in Diego Rossi, Adama Diomande and Latif Blessing, LAFC looked to clinch a spot in MLS Cup 2019.

They fell at the last hurdle, losing in the Conference Finals to eventual champs Seattle, but they retooled in a significant way. Signing MLS stalwart Brad-ley Wright-Phillips and Dutch international Kenneth Vermeer has LAFC once again the favorites to win it all.

However, there are several Western Conference teams who would disagree, the defending champ Seattle Sounders Football Club and Sporting Kansas City with their new striker Alan Pulido to name a few.

The biggest challengers to LAFC will be 12 miles and 45 minutes away. The LA Galaxy are the league’s most successful team, with five MLS Cups.

They always have a penchant for acquiring marquee names that are good not only for the team, but for the league, one can see David Beckham and Landon Donovan for further evidence.

In 2020, the Galaxy have outdone themselves by signing the biggest star to ever come out of our neighbors to the south.

The “Little Pea” himself, Javier “Chicharito” Hernandez leads a Galaxy squad blessed with attacking playmakers such as Cristian Pavón and Jonathan dos Santos. Although mercurial talent Zlatan Ibrahimovic departs for Europe, the Galaxy can now become a more complete and free-flowing team, the whole squad can be magical.

In addition, “Chicharito” gives the Latino community in LA another reason to be interested in the team and garners national attention.

The bottom line is that LA is the place to be for MLS, the rivalry is firmly entrenched in the lore of the league in only its third season. Excitement and fireworks are in store for the Western Conference.

In the East, what was once predictable has now turned to chaos. Atlanta United Football Club, were still seen as the prohibitive favorites to win the East.

Ezequiel Barco and “Pity” Martínez are two young Argentine playmakers that can take control of the game and dish out assists whenever necessary. Martínez accumulated 6.2 expected assists last season along with five goals.

However, the loss of Josef Martínez to a torn ACL sent shockwaves throughout the Five Stripes. Beloved by play-ers and fans alike, the Venezuelan dynamo has taken MLS by storm, scoring 77 goals ever since he came to the league in 2017.

He has led Atlanta to three trophies, including an MLS Cup in 2018 and won the MVP the same year, his productivity is almost impossible to replicate.

In the void left by Atlanta, the fight for the Eastern Conference will be dogged. with many teams becoming rivals for the crown.