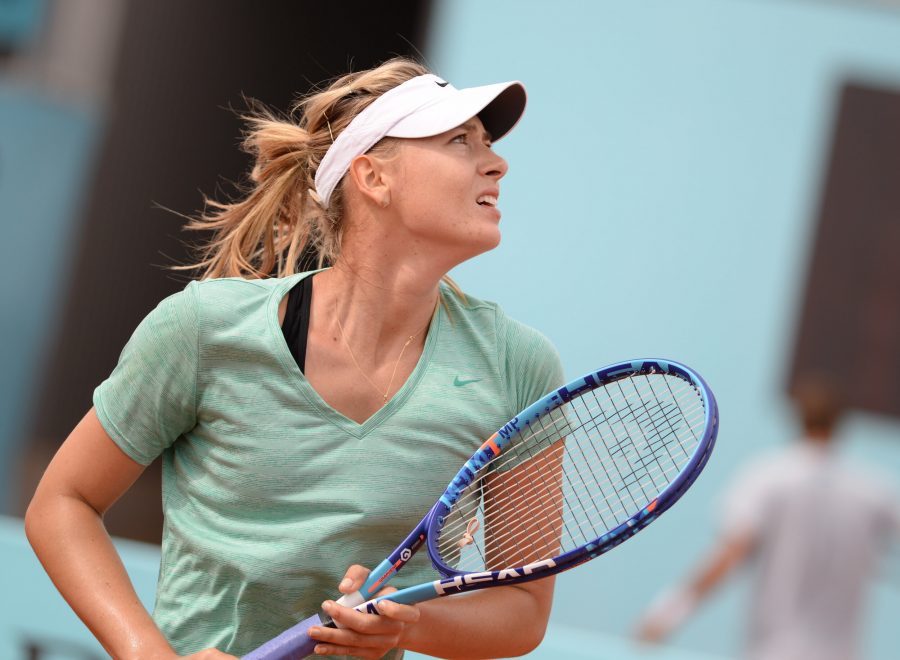 In her essay, Sharapova revealed that she had to numb her shoulders just to get through a single match during the Australian Open this past January.

“Just stepping onto the court that day felt like a final victory, when of course it should have been merely the first step toward victory,” Sharapova wrote, of her first-round match against Donna Vekic, which she ultimately lost.

“I share this not to garner pity, but to paint my new reality: My body had become a distraction.”

Sharapova’s tennis career was studded with both magnificent triumphs and magnificent pitfalls. Originally born in Russia, she fell in love with the sport at the age of four when watching her father play.

When she moved to Florida just a couple of years later, coaches immediately noticed her talent and perseverance, the latter guiding her through match after match even when enduring physical pain or others’ judgment for her suspension from the sport due to doping.

Sharapova rose to prominence in 2004, when she beat Serena Williams in the Wimbledon finals at just 17 years old.

Perhaps unfairly, Sharapova’s playing career can be defined by her rivalry with Williams.

Their animosity towards each other gave the illusion of a blood feud, but the on-court performances pointed to the contrary.

Out of the 22 matches between the two talents, Serena has taken 20 of them. However, in defeat, the Russian starlet never budged in her dislike towards Williams.

As far as Sharapova knew, the hatred was reciprocated, and created a storyline that lasted more than 10 years.

The tennis star’s last few years on the court were tumultuous, however, in 2016 she gained attention again.

This time it was for testing positive for Meldonium, a heart medication that was just recently added to the list of banned substances, which is released annually by the World Anti-Doping Agency.

Sharapova claimed that she had not known about the recent banning of Meldonium, citing its lack of prohibition in Russia, and had taken it for years, but she still had to take a 15-month leave from tennis.

She returned in April 2017 to some naysayers who lost faith in her, as well as constant workouts and matches riddled with pain.

She never let the pain hold her back, which spoke to her determination and grit, but at some point, she knew it was time to let go of the world she had been in for 28 years.

That moment came when her good friend and confidant Kobe Bryant died in a helicopter crash on Jan. 26, Sharapova admitted to The New York Times.

The two had planned to meet up just a few days after that day to discuss Sharapova’s ongoing physical pain.

“I think we all seem at times in our journey like larger than life because of what we do, but everyone at the core is incredibly fragile,” Sharapova said in the Times piece about Bryant.

“And if anything it just opens up your eyes to what really matters in life, so that was a moment where I had a really good think about my future as well.”

Sharapova’s off court endeavors — in addition to her on court ones — could help make that future a successful one.

Apart from having a prolific tennis career, Sharapova also became a sharp businesswoman.

In 2018, her net worth was estimated to be about $195 million, higher than any other woman athlete.

She has had a partnership in place with Evian water since 2010, and has worked with many other companies such as Nike and Porsche.

Her own business, Sugarpova, has done well since its launch in 2012, with Forbes claiming that the candy company amassed around $20 million in 2019.

Sharapova is also considering pursuing her long-term dream of studying architecture in the midst of growing her business.