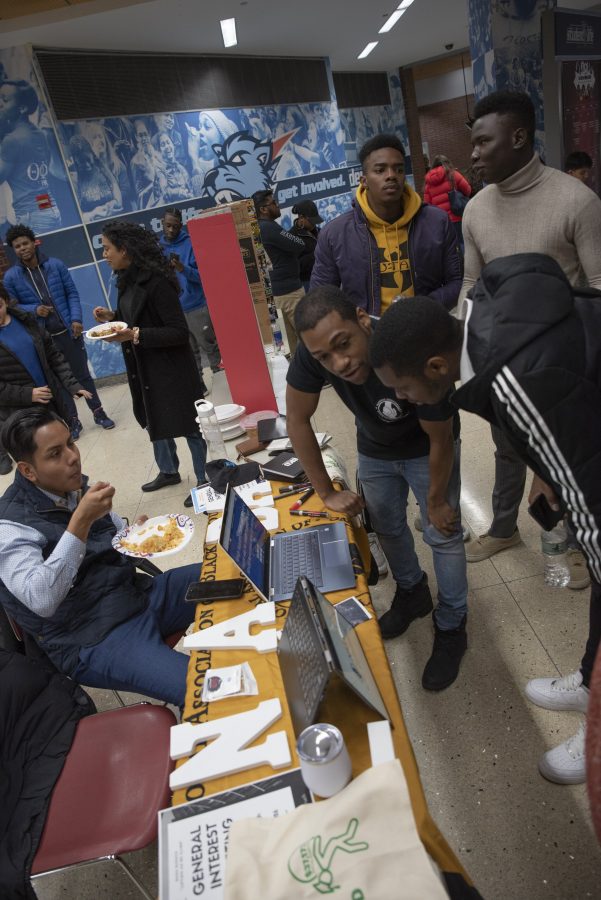 “Black History month pays homage to the struggles African Americans had to face in history. Now, I am not black. I decided to attend the event because I wanted to learn more about the culture, and I am not disappointed. I learned about the music, the dances, and food native to African culture,” said Christina Jiang, a freshman.

She said that her favorite part of the experience was trying food that she was not familiar with before.

Jaya Hamilton, a junior, agreed that the food was a delicious way of giving a taste of African-American and Caribbean culture.

“There is a blend of Caribbean food and soul food, from curry chicken to oxtail to macaroni and cheese to chow mein to baked ziti to cabbage,” she said. “There’s something for everyone to enjoy.”

She explained that cabbage is an African dish that is essentially a flavorful stew with tomatoes and cabbage. Oxtail is commonly consumed in Jamaica, along with other west African and south African countries.

In fact, the food was so popular and widely enjoyed that it was finished halfway through the event.

“It’s a way to honor the African past, as well celebrate its present and its future,” Hamilton said when asked what black history meant to her.

As the event ended, it was evident from the smiling participants, empty trays and large turnout of students that the Black History Month celebration was successful in embracing cultural roots and inviting people to join in, too.