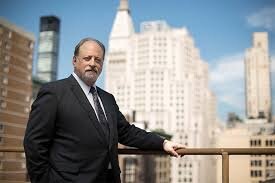 Courtesy of Baruch Office of the President

Part of this progress is that a group of potential presidents has been compiled and is ready to be thoroughly reviewed.

“I am grateful to the presidential search committee for its work,” Matos Rodriguez wrote in the email. “They have reported to me the results of their process recommending a small group of highly qualified candidates that will continue on to the next stage of the search.”

The search for a new Baruch president began last fall, when current President Mitchel Wallerstein announced that he would be stepping down from his role by the end of the school year in a Baruch Students Announcements email blast.

In the October 2018 email, the president said he would still be involved in CUNY and Baruch as a professor in the Marxe School of Public and International Affairs.

“It has been an honor and a privilege — and, indeed, the highlight of my career so far-to serve as your president for the past nine years, and I will always treasure the friendships and the many wonderful experiences that we have shared,” the email read, in part.

It was only when former Provost and Vice President for Academic Affairs David Christy announced that he would retire by the end of the 2018-2019 school year that Wallerstein announced he would stay on for another year and resign after commencement in 2020.

Thus continued the need for a presidential search committee, ran through CUNY Central.

The search committee is made up of Baruch faculty, alumni and Undergraduate Student Government members.

According to Matos Rodriguez’s email, the search committee follows CUNY’s “Guidelines for Presidential Searches,” and a link was provided to this guideline on the CUNY website.

When the link is clicked, however, it takes the viewer to a “Page not found (404)” site.

Because of this, students and staff that received this email cannot read for themselves what the guidelines lay out for the search .

An excerpt from the guidebook was included in the email, reading as follows: “After consultation with the Search Committee, if the Chancellor determines that campus visits would inhibit the generation of a suitable pool of excellent candidates, the Chancellor may, with the approval of the Chairperson of the Board, modify the college consultation process as follows: each finalist shall meet with a group of representatives of College constituencies, including but not limited to elected faculty and student governance leaders and alumni, selected by the Chancellor. Following such meetings, those representatives shall meet and provide the Chancellor with a report on their views of each candidate.”

The quoted passage from the guidelines more or less explained that if the committee, for whatever reason, deems it unbeneficial to bring the presidential candidates onto the campus of the school, it will then meet with the candidates off-campus.

Although no reasons were given, the search committee did advise Matos Rodriguez that off-campus meetings would be the best option and, with the approval of the Chairperson of the Board Trustees William Thompson, Jr. , the chancellor decided to proceed this way.

In the coming weeks or months, representatives from the college — chosen, in part, by Wallerstein — will meet with the group of candidates off-site. These representatives are not the same people as the members of the search committee.

The chancellor’s email ended with a thank you to people involved in the search, offering up no additional information.

As the presidential search is confidential, The Ticker was unable to receive comments from search committee members, including USG President Dakshatha Daggala, who explained that because of nondisclosure agreements she is unable to discuss the search.

Additionally, The Ticker was unable to receive comment from Wallerstein, though Suzanne Bronski, director of public relations for Baruch, did explain that the Nov. 22 email from Matos Rodriguez is the most current update.

She also provided The Ticker with a link to the “Presidential Search” webpage on the Baruch website, not the same as the Guidelines website but instead explaining what the search is about and giving information about the college.

“After what will be a decade of distinguished service, Baruch College President Mitchel B. Wallerstein, PhD, will be stepping down in June 2020. A national search for the next president of Baruch College of The City University of New York has begun. The City University of New York (CUNY) has retained WittKieffer, a global executive search firm, to assist the College and the search committee in this important process,” written on the webpage.

The Ticker reached out to CUNY Central through its media relations contact but has yet to hear back from them.