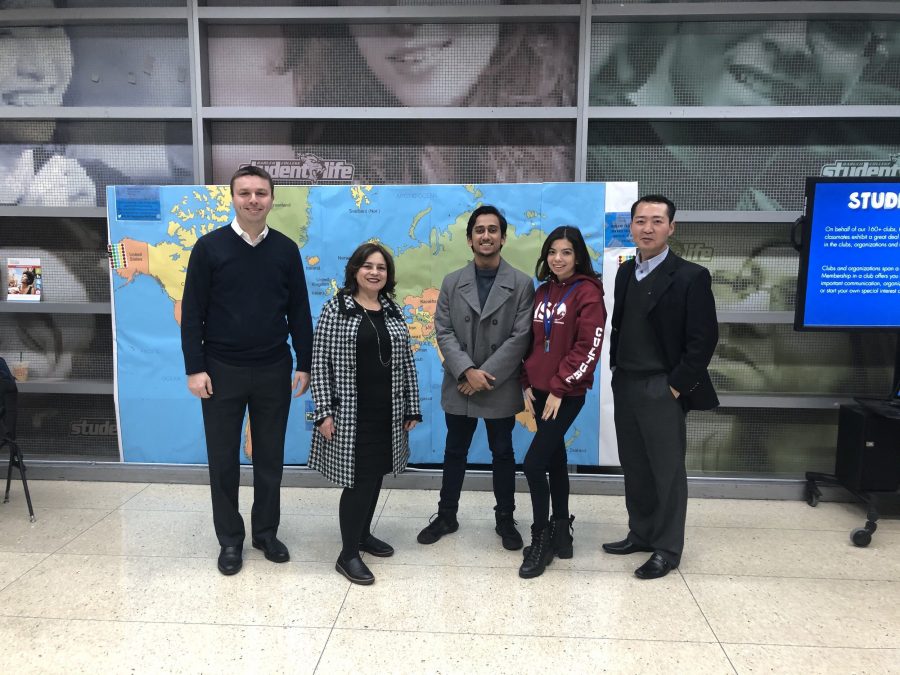 The International Student Organization kicked off International Education Week with its “Opening Celebration” on Nov. 18, emphasizing diversity and culture to students looking to learn more about Baruch College’s plethora of study abroad programs.

“We have about 300 students a year who go abroad,” the Director of the Study Abroad program Richard Mitten said. The event included members from The International Student Service Center, ISO and study abroad experts.

“It’s an idea to celebrate the idea of internation education in all of its facets.”

President Kamila Mirakhmedov and Vice President Ahmad Ishraq were the lead conversationalists at the event. They spoke to students about the benefits of learning more about ISO and even discussed their transformative journey to and at Baruch.

“I transferred to New York last fall and, I mean, New York is different and originally when I came to Florida it was hard to transition,” Mirakhmedov said. “I think with the school the fact we have international education week and ISO, it helps a lot when you have people to talk about the same thing.”

Ishraq then added, “For me, the city was relatively a lot bigger than when I grew up in Bangladesh and in the beginning, it was this entire rush culture I had to get used to.”

He reminisced on how important it was for change to occur in his life and documented how coming to Baruch influenced his journey to becoming ISO vice president.

“I used to be the kid who’d sit in the back and hide my face but now, things have changed and now I’m the person who’s gonna take the lead,” he said.

To get the ball rolling, ISO members used stickers to mark down their hometown on an international map. It encouraged a celebration of their past and future, and also welcomed the idea of traveling abroad for students.

ISO makes the effort to host events throughout the year to facilitate an exchange of culture and for students to have fun. Its next event coming up, and the biggest event of the year, is ISO’s Thanksgiving dinner. “Most international students don’t get to have the proper Thanksgiving because their family is home so we host a big dinner so they can feel the spirit and get to know American culture,” Mirakhmedov said.

A large part of the event was the combined effort of ISC, ISO and the study abroad program to spread knowledge to students.

“It’s an idea to celebrate the idea of international education in all of its facets,” Mitten said.