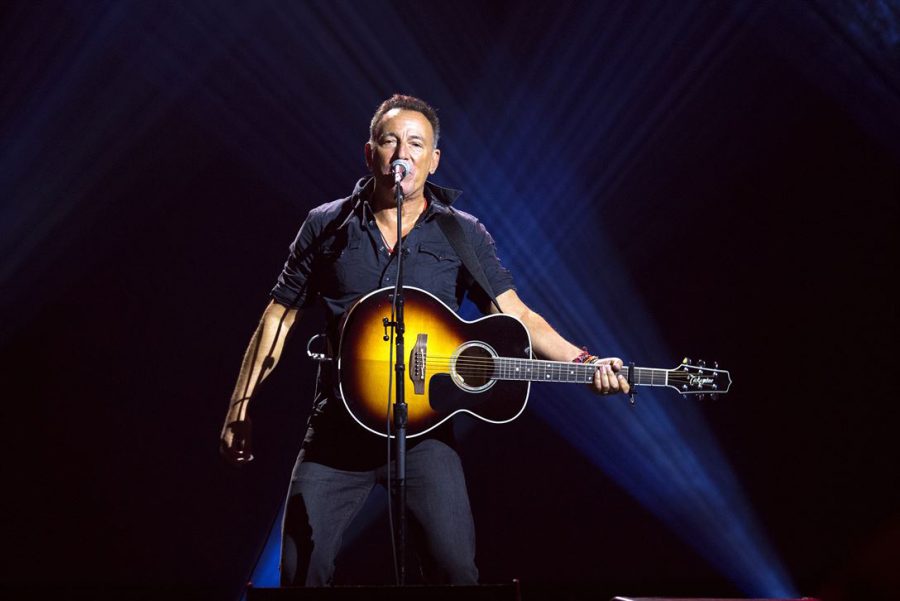 American rocker songwriter Bruce Springsteen has had a very busy year. Entering 2019, Springsteen was fresh off an extremely successful one-year run at the Walter Kerr Theatre. He was performing his one-man show, Springsteen on Broadway, which is forever immortalized in a Netflix special showcasing one night of the concert residency.

Striding along through the year, Springsteen’s music appeared again in the film Blinded by the Light, directed by Gurinder Chadha. Chadha has been known for her films Bend It Like Beckham and Angus, Thongs and Perfect Snogging.

Blinded by the Light depicts a high school teen, Javed Khan, as the black sheep of his family. Javed becomes obsessed with rock music, particularly the works of Springsteen, much to the disapproval of his parents, who immigrated from Pakistan.

Based on the memoir Greetings from Bury Park by Sarfraz Manzoor, Javed’s love for Springsteen’s music takes him on a thrilling and eye-opening journey of self-discovery.

Whether that’s from dancing in the streets to “Born to Run” or charming the girl of his dreams by serenading her with “Thunder Road,” the works of the famous rocker become the soundtrack to Javed’s life.

Springsteen’s latest project is another one for the big screen: Western Stars, which screened in select theaters on Oct. 18 and Oct. 23, and had a limited release nationwide on Oct. 25.

The film is an accompaniment to Springsteen’s 19th studio album of the same name, which released on June 14.

The album is home to 13 songs, featuring Springsteen without the assistance of the legendary E Street Band, which has been his primary backing band since 1972’s Greetings from Asbury Park N.J.

The album, noted by Springsteen as being a “return to my solo recordings featuring character-driven songs,” is one with a story to tell. And no better is a story visualized than on the big screen.

Western Stars, directed by Springsteen and Thom Zimny, was filmed in Springsteen’s New Jersey barn for an audience of close family and friends, showcasing the performer at his most vulnerable.

Accompanied by a sweeping 30-piece orchestra, he tells the story of a man who, after years of searching, has begun to uncover the missing link to his character. As Springsteen himself puts it, growing older is about, “let[tting] go of the destructive parts” of his personality.

The film showcases this journey through a merry-go-round storytelling structure of home movies, a short film interlude introducing the titular song and then a live version of the tune.

More often than not, the song features a muted Springsteen singing lowly but clearly, as if he truly encompassed the lonely western traveler whose journey of life and love is told in each song.

Western Stars is a concert film. Accompanied by his wife and musician, Patti Scialfa, Springsteen glides seamlessly through each song, creating a serene and placid movie-going experience.

But in a very Springsteen fashion, this movie tells the story of something greater.

From the beatnik portrayal of the turmoil that comes with adolescence in the song “Growing Up” to the sense of eagerness in escaping the confines of the mundanity that often surrounds one’s life in “Jungleland,” Springsteen has demonstrated his ability to make people feel.

Western Stars showcases that Springsteen’s capability to translate universal feelings of sadness, heartbreak and desolation hasn’t waned at age 70. Yet, despite these feelings, there is an overarching depiction of hope.

As he says in the film, “life’s mysteries remain and deepen, it’s answers unresolved, so you walk on through the dark because that’s where the next morning is.” This optimism truly shines during the performances of songs like “Sleepy Joe’s Cafe” and “Tuscon Train,” in which the jaunty melodies and joyful lyrics seemingly transcend the songs themselves.

This transcendency creates a completely atmospheric performance that audiences will be able to take and apply to their own lives. That, of course, is the magic of Springsteen.