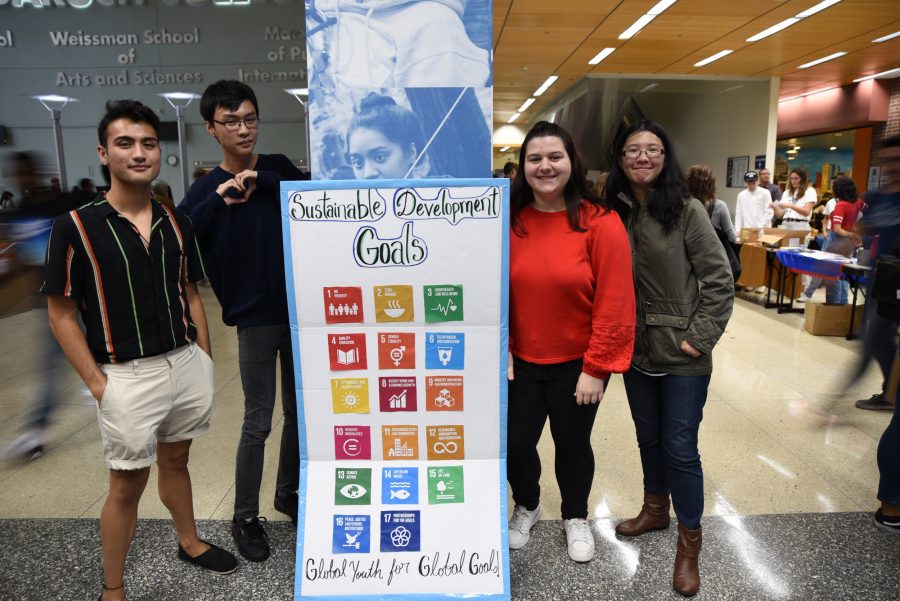 The NBA season has finally arrived. After one of the craziest off-seasons in league history, the regular season is set to tip off on Tuesday, Oct. 22. Two games headline opening night.

The Raptors will play their first game without last year’s Finals MVP, Kawhi Leonard, since he signed with the Los Angeles Clippers in the off-season.

Speaking of the Clippers, the second game on opening night is the first installment of “The Battle of Los Angeles,” with the Los Angeles Lakers taking on the Clippers. Both teams are highlighted by their new dynamic duos — LeBron James and Anthony Davis for the Lakers, and Leonard and Paul George for the Clippers.

There has been a lot of hype surrounding both of the LA teams, along with others that have made blockbuster moves and colossal changes to their rosters this past offseason.

This hype around some of these teams and others is deservingly so.

All this player movement has resulted in the NBA being more wide-open than ever.

For the first time in half a decade, the Warriors are not favored to win the NBA championship.

In fact, more than a handful of teams have realistic championship aspirations.

The NBA has not felt like this since the early 1990’s, right when Michael Jordan and the Chicago Bulls started to take off. However, there are a lot of teams that the media has been sleeping on all summer long.

The Atlanta Hawks, the Dallas Mavericks and the Indiana Pacers are three very interesting teams that could surprise people this season.

The Hawks have been rebuilding for quite some time now. Its rebuild has resulted in the Hawks having one of, if not, the best young core of players in the NBA. The credit for this goes to Hawks general manager Travis Schlenk, who since coming over from the Warriors, has done an excellent job of converting high draft picks to quality players.

Headlined by last season’s Rookie of the Year runner-up , Trae Young, the Hawks are looking to improve upon their 29-53 record from last year.

In an even weaker Eastern Conference than last season, with the departure of Leonard from the Raptors, the Hawks could be a sneaky playoff contender.

Last year’s steal of the draft, Kevin Huerter, had an exceptional rookie season, and has plenty of potential on both sides of the ball.

The Hawks used their two top-10 picks in the 2019 NBA Draft, to acquire Cam Reddish and De’Andre Hunter, two players that fit perfectly into the Hawks’ system. Both of these players have serious star potential as well.

In addition to all of that, the Hawks have the most projected cap space for next off-season.

Next off-season will not be as star-studded as past years, but there will still be plenty of quality players on the market.

Anthony Davis, Pascal Siakam, Demar DeRozan, Buddy Hield, Brandon Ingram, Jaylen Brown and Montrezl Harrell are some of the big-name players that will be free agents next summer.

The Hawks fit the expression, “the year away from being a year away” perfectly.

The Mavericks made a few under-the-radar off-season moves. The Mavs’ biggest move was the re-signing of forward Kristaps Porzingis. Porzingis tore his ACL back in February of 2018 and has not played in an NBA game since.

However, if Pozingis can get back to the player he was before tearing his ACL with the Knicks, the Mavs will have quite the dynamic duo, with some European flavor with Kristaps and reigning Rookie of the Year, Luka Doncic.

Both of these players have All-Star talent and All-NBA potential, and they have a lot of room to grow as players. Porzingis is only 24 years old and Doncic is only 20 years old.

Being that they are both European players, and play the game in a similar style, they should have great chemistry on the court.

Both of them can be great role players on a quality team.

They are both good spot-up shooters, capable playmakers and play solid defense. In addition, Seth Curry and Delon Wright signed with the Mavs this off-season, adding to the team’s depth.

Like the Hawks, the Mavs have a lot of cap space for next off-season. The Mavs are likely not going to make the playoffs this season in a loaded Western Conference, but seeing Doncic and Porzingis on the same team will definitely entice some players into joining the Mavs next year.

Additionally, with how fast the NBA changes from one season to the next nowadays, the Mavs could be a serious contender down the road.

The Indiana Pacers are the poor man’s Eastern Conference version of the San Antonio Spurs. Last season, despite losing their best player, Victor Oladipo, to a season-ending injury midway through the season, the Pacers finished as the fourth seed, but lost in the first round of the playoffs. In the off-season, the Pacers nabbed Malcolm Brogdon from the Milwaukee Bucks, weakening their division rival, and improving their team.

Oladipo will not be healthy for the start of the regular season, but when he comes back and can prove that he is the same player he was before the injury, the Pacers are going to have one of the best backcourts in the entire NBA.

The combination of Oladipo and Brodgon will wreak havoc defensively on opposing teams.

Brodgon isn’t a very well-known player, but he should be.

He is an outstanding basketball player, and an extra coach on the court. He always makes the simple easy play, is a knockdown shooter and plays lock-down defense. Brogdon will be a big upgrade at point guard for the Pacers this season.

The Pacers also signed T.J. Warren and Jeremy Lamb. These are two guys who have put up good numbers on bad teams their whole careers, to no fault of their own. Warren will be more important to the Pacers’ success than Lamb if the pre-season is any indication of what to expect in the regular season.

The Pacers have the pieces to hold afloat near the top of the Eastern Conference until Oladipo comes back, and when he does come back, they should be a force to be reckoned with. Some other teams that have gone under the radar that are not mentioned here include the Denver Nuggets, Orlando Magic, Sacramento Kings, Spurs and Raptors.

With all that said, this NBA season is going to be very exciting. With no clear-cut favorite, every single game will be competitive.