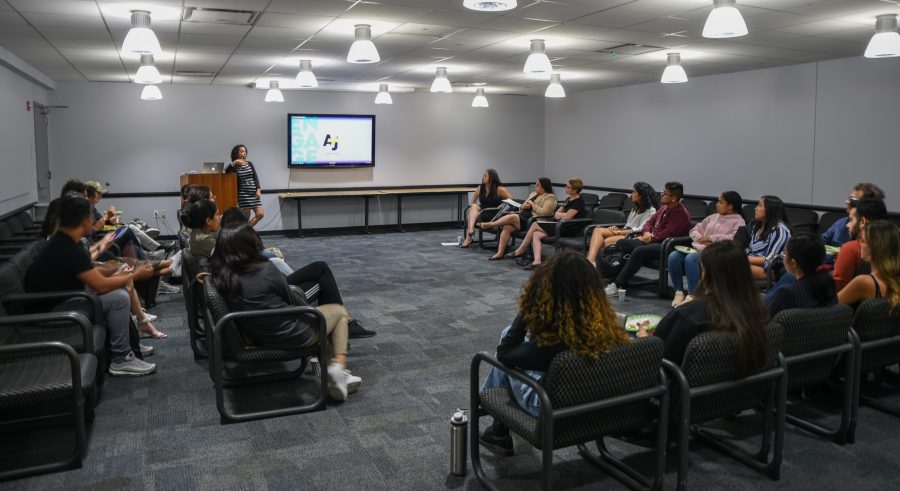 Three videos were shown to highlight the statistics and struggles of immigrants coming into the United States.

“It’s something we all need to talk about a lot more because it affects everyone even if you aren’t a part of it,” said Maizy Pareja, the event coordinator for the Latin American Student Organization.

“Just be mindful of the fact that this country was established by immigrants, so our struggle is one, and we need to be one.”

Legal advocate of the Domestic Violence Project Melissa Portillo, who is also a Baruch College alumna, said she is happy to be back and that it is very empowering to discuss such controversial topics on campus.

“It’s good to know that we are educated,” said Portillo.

“And we all are going through a very rigorous immigration system that is getting more complicated, more strict and just recently also had more strict policies.”

The first video displayed the statistics on how many immigrants are coming in, where they are from and how limiting the scope of immigration has been since current immigration only focuses on Mexico and South America.

The third video highlighted the challenges and struggles families face when trying to escape their motherland to move to the United States for a better quality of life.

It also depicted starving families and a pregnant woman with her four-year-old son who were trying to escape gang violence and move to the United States for refuge.

Another story showed the struggles of a three-year-old and a five-year-old at a detention center in Texas while their mother had been deported back to Guatemala for being undocumented.

The video essentially showed how some people are not only being separated from their families, but are also unable to get information and status regarding their case or the location of their children.

As a result, some parents cannot even communicate with their children.

“There has been drastic changes in policy, in the way cases are docked and trialed in immigration court,” Ziegeweid said.

“In the way affirmative applications are adjudicated by U.S. Citizenship and Immigration Services, in processing time for cases, clients are left in limbo for years.”