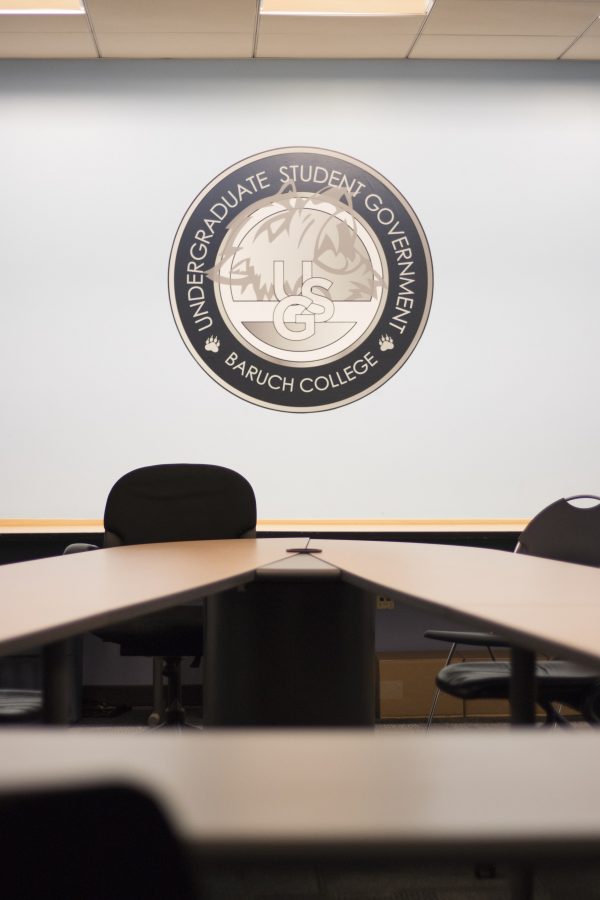 Editor’s Note: The Ticker has since reviewed the following story and decided to make a clarification that while the student in question is being marketed by the Pre-Law Society as the Co-President, the Undergraduate Student Government and the student herself said that she is merely a student advisor to the club. On official USG and Office of Student Life documents, she is not listed as the president of the club.

Additionally, The Ticker has offered this student the chance to share her side of the story through a letter to the editor. She declined this opportunity.

Baruch College’s Undergraduate Student Government is organized by a constitution, much like the national government is bound to the provisions of the U.S. Constitution.

While the 20-page document — available for the student body to read on USG’s website — does lay out many standards and processes, there are occasional loopholes that can be discovered in what is specifically stated.

Thus came the issue of Annmarie Gajdos, a senior majoring in Computer Information Systems and Management of Musical Enterprises, who is both the co-president of the Baruch Pre-Law Society and the USG Chair of Graphics.

According to USG’s Constitution, “No candidate may simultaneously hold a position on the Executive Board or the Senate and any of the following Executive board positions on any club or organization, including media organizations: President, Vice President, Treasurer or Secretary.”

As a chair, Gajdos is part of the USG senate.

At the beginning of the semester, the Pre-Law Society marketed her as part of its executive board; in a post on Facebook, Gajdos is the first person listed and photographed on the club’s e-board, labeled as co-president to student Gregory Usvitsky.

This brings about a question of constitutionality.

Whether or not Gajdos is eligible to serve on the senate table has already been decided as a resounding “yes” from this year’s USG’s e-board.

The reason for this: Gajdos is not the “official” president of the Pre-Law Society. She’s off-the-books.

Usvitsky is the one who goes to Baruch Officer Leadership Training to get guidance from the Office of Student Life, a mandatory seminar for the presidents and treasurers of all on-campus clubs.

Usvitsky is the one who signs Baruch’s paperwork, the one who the school recognizes as the real club president.

This makes Gajdos’s position somewhat harder to pinpoint — if she isn’t actually the president, then what really is her role?

A student advisor, both she and USG President Dakshatha Daggala say.

“As co-president, I act as a student adviser for the Baruch Pre-Law Society,” Gajdos said when asked by The Ticker.

“This is my fourth year in the club, having been an active member during my freshman and sophomore years, while serving as the club’s executive vice president during my junior year.”

She continued, “My long history of experiences in the club, allow me to offer important insight into event topics, marketing efforts, and logistics, such as the food ordering and room booking systems, to the current executive board.”

“Furthermore, the current executive board is comprised of many individuals who are new to their roles and need help learning the ins and outs of their job descriptions. This is what I help them with.”

Since Gajdos is not the club’s official president, she technically isn’t breaking any rules by holding the position while also being on the USG senate. The question, now, is whether this is a loophole for senate members that allows them to be both on a club’s e-board and in USG.

According to Daggala, it’s not.

“And that’s a totally fair assumption,” Daggala said when asked about this situation being a loophole. “At the same time, I guess, she would have to explain herself every time someone’s like, ‘Why are you co-president, aren’t you [a] rep. sen.?’ It’s like ‘No, I’m only here as an advisor, senior advisor.’ She doesn’t get the, I guess, privileges of being a club e-board because she’s not making these decisions for the club, she’s not there to lead them with events, she’s there as general figure head.”

Daggala also agreed with Gajdos that the Graphics Chair is more of someone the current Pre-Law Society e-board can turn to for advice, whether it’s something small for marketing purposes, or a larger question in terms of planning big events, because of her e-board experience from the year before.

Gajdos also does not think that her being an unofficial co-president is a loophole, because she acts as an advisor and does not wield more influence over the club than other members.

“This is not a loophole because I do not have the same capabilities that a registered club president typically has at Baruch,” she said.

“The role of the Baruch Pre-Law Society is to introduce as many Baruch students as possible to the legal field and maximize their chances of success in the law school admissions process. I will use my time working with the organization to help it do exactly this.”